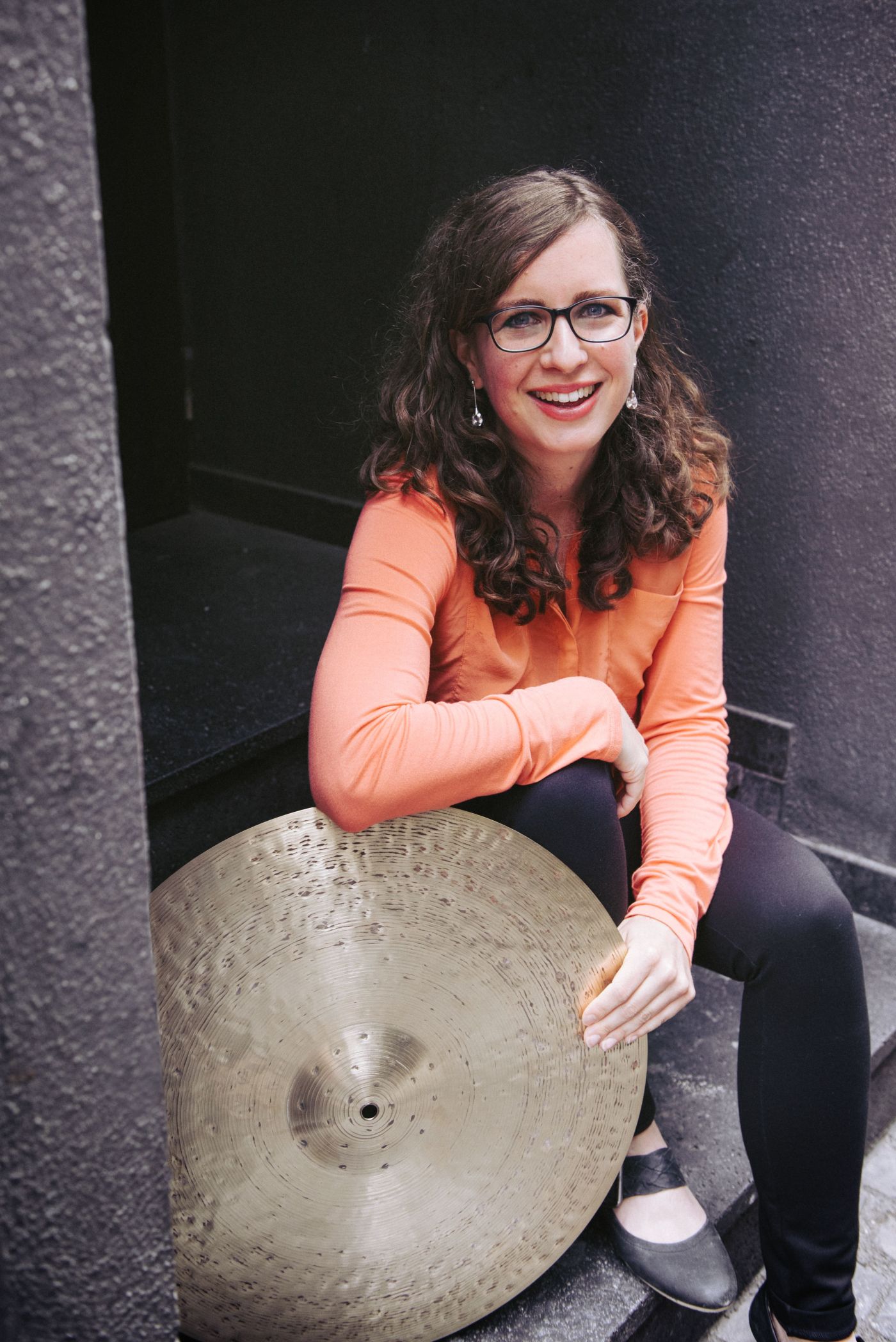 Just released on Greenleaf Music is a magnetic collection of tracks woven together called “Future Memories” from drummer Mareike Wiening and her quintet featuring Rick Perry. She goes from the dreamy and spirit-massaging “Northern Sail” with smooth changes carried by a tasty sax and sultry guitar to a sweet, curt bebop expression of thoughts in “RiChanges.” Sliding into ease and beautifully tight harmonies is “Dance into July.” As a leader, Wiening empowers and emboldens her band, giving them the space and atmosphere to sing freely on their instruments. As a percussionist, she drives the pulse with skips, turns and light embellishments to fit the mood.

What was the highlight of your music education?

Getting the DAAD (Germany Academic Exchange Service) grant for two years. This grant pays monthly living expenses, travel costs and tuition fees. Without this grant, I would not have been able to study in New York.

Coming to New York in 2012 as a student was a dream come true. I had lessons with musicians I admired my whole life and met people from all over the world. I graduated in 2014. Thanks to the German government, those two years were definitely the highlight of my music education.

I learned about jazz through my piano teacher. He was a jazz piano player, although the lessons were in classical music. At that time, I didn’t like jazz at all. It was only when I went to his concerts when I was around 14. My teacher played with very good drummers from South Germany and they captured my attention. I took part in a student exchange program in France. My exchange partner was a drummer and he showed me some grooves after school. When I returned to Germany a couple of weeks later, I got my first drum set and started to take lessons at 15.

Later on, when I started to actually play drums and took lessons, I took part in a jazz workshop close to my hometown. I was about 16 years and immediately fell in love with jazz. Then I started to go to weekly jam sessions and got to meet local musicians.

When you listen to music are you primarily focused on what the percussion is doing?

No, not at all. Only if the drummer is very good and playing super interesting, then I immediately check it out. Otherwise, I focus on the melody and the whole band’s sound and arrangement.

What effects do you like to use to enhance a song for that special touch?

Drums are super versatile because you have many sound options. And you can always add more if that’s not enough. I always try to capture the best sounds and effects for the song. I like the sound of different cymbals a lot.

What does the concept of “Future Memories” mean to you?

It has a philosophical layer. The eight pieces on this CD were written before the COVID crisis, much like the studio sessions. For that reason, the album provides an idea of what improvised music and jazz are capable of: establishing an imaginary point in time in the future from which the present can be reflected upon as something already past. My band is scattered all over the world. We live in different time zones and are separate from each other. But our cohesion in the past, what we have experienced together and our music will get us through the difficult present. We will stay positive. That seems more necessary than ever in turbulent times like these.

How did you choose the members of your quintet? What does each one bring to this album?

Rich Perry was always a saxophonist who I really admired and whose sound I always loved. I met him at NYU and we got to jam a couple times. I knew that there would be almost no other horn player who I would love to have in my band. One day I asked him and he said yes! I couldn’t believe it.

Alex Goodman moved to NY at the same time I did. I meet him through common friends. Although he studied at MSM, we managed to play a lot and I always felt super comfortable playing with him. I love his energy and the way he solos. It’s only because of him and his musicality that I actually have a guitar in my band.

Johannes Felscher joined later. I tried out a couple of other bass players before him but Johannes seemed to fit in the band the best. He has a huge sound and is very versatile.

Glenn Zaleski also joined later. I never played with a piano player who serves the music as well as Glenn. He always finds the best way of playing a melody or comping. He has this thing of always making the song sound better than I ever imagined.

What did you like most about this album? What was the most difficult?

I like that we just recorded the album within one day and played the music as if it was a concert. We were already on tour for a couple weeks before we went into the studio. Everyone was very familiar with the music so there was not a lot to talk about beforehand. We just played. It was not stressful at all.

The most difficult part was to get the best sound out of the drums. We recorded in different rooms and I always feel a bit disconnected being in a separate room. We might record all together in one room the next time.

What is the most important quality for a leader?

Being organized and making the band members feel as comfortable as possible.

In January I have a couple shows in Germany and in February/March I’m going on a six week-long tour throughout the US with a band from New York. Carmen Staaf is the musical director.

I’m very happy to have Greenleaf Music as a label behind me. They are great and do everything to put the music out there. I knew the label way before I moved to New York because some of my heroes released great albums on it. When Dave Douglas offered me to release my debut album “Metropolis Paradise” on Greenleaf, I was so happy!