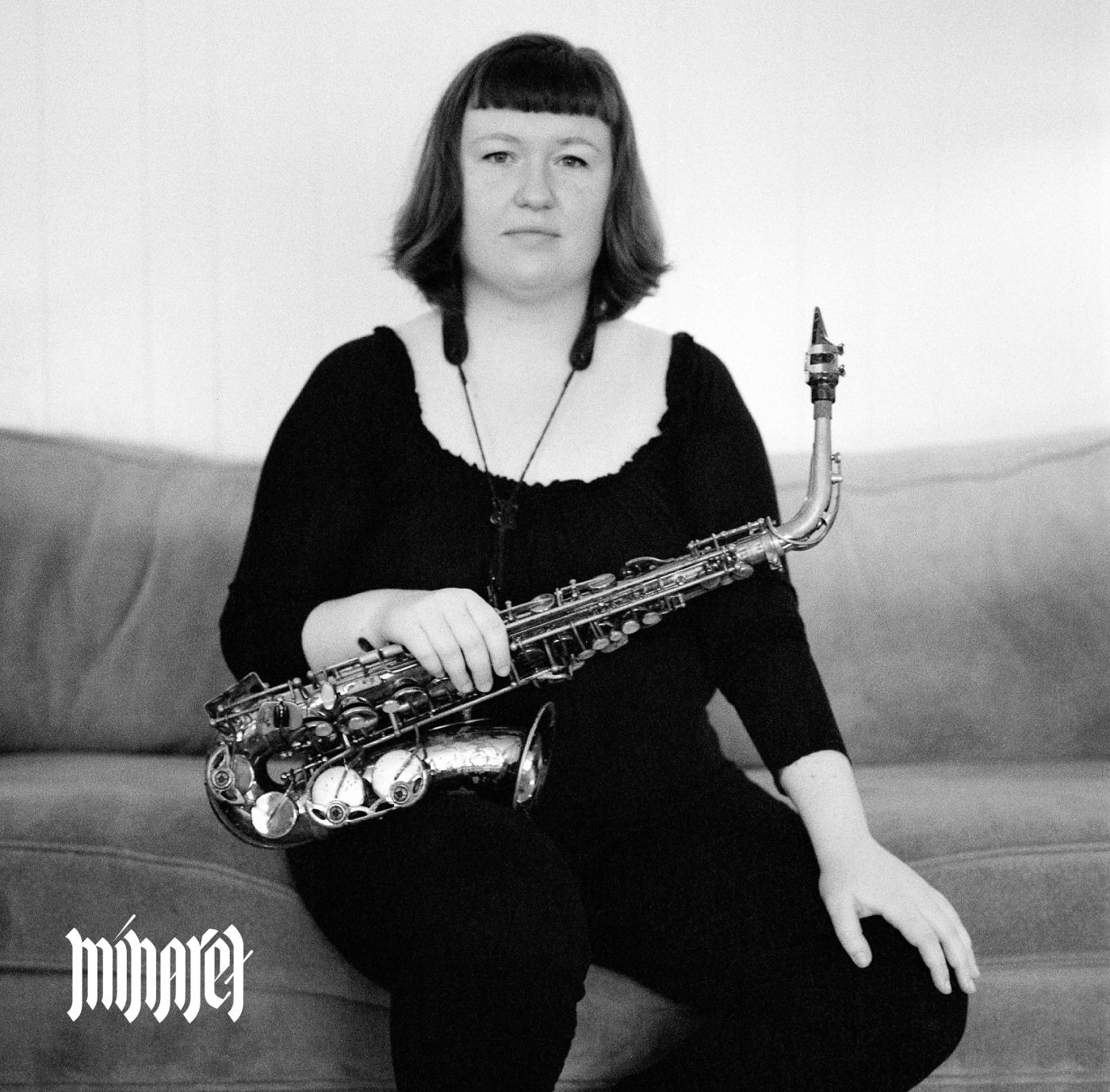 The debut album from sax player Nicole McCabe delivers a lot of honest musicianship and some great songs. McCabe’s right there with a feathery touch or full breath of fresh air, whatever’s needed at the moment. She can pin down a loving and personal conversation that becomes more animated in “You’re Missing the Point” and in “Scrabble” she shares an easy melody with notes tumbling to obscurity to make way for a flavorful double bass solo. “Lunar” might be named for the strange/fun lunar landscape where sax pairs off with piano in a delightful unison. The flurry that is “Tidal” has a spirited vibe and the flirtatious “Coeur d’Alene” shows McCabe’s innate and abundant lyricism. A strong first step and well executed.

When did you choose the sax and why? What made you decide for alto rather than tenor, soprano or bari?

I started on clarinet and started learning the saxophone so I could be a part of my middle school’s jazz band. Quickly I found that the saxophone really interested me and I loved being a part of the jazz ensemble. I actually did start on tenor saxophone and switched to alto when I got to high school because the jazz band needed a lead alto player. I really enjoyed playing the top voice of the jazz band and once I learned about Charlie Parker and Cannonball Adderley, I was completely sold on playing the alto.

What aspect of your education has been the most influential on your playing today?

Living in Portland, Oregon for the five years before I moved to Los Angeles and just getting to play multiple gigs a week was where I learned the most about how to play with others and what I wanted more of in my playing. Also just listening to as many records as possible and asking myself what band’s sounds really resonate with me and what vocabulary do I need to play in a setting like that.

What led up to the new album: how long have you been working on it, when did you compose these songs, and what inspired it?

I’ve been working on this record for a little over a year now! I composed all these pieces within the last two years, some I’ve been working on for a while and some I composed based on what I thought the record needed for a good flow of styles and tempo. I learned so much in Portland and I knew I was moving to Los Angeles for grad school, so I wanted to create a project to remember all my experiences and make a stamp in time before I moved onto a new chapter.

What kind of vibe do you hope to impart?

When I pick up my horn, my goal is to play musically and to share a dialog with the people I am playing with. These songs are really a reflection of the music I love to play and being able to communicate over them with some of my favorite musicians was really special to me. I hope that people get a glimpse of the music that inspires me and the things that I love from this record.

Does this CD tell a story about your life?

This CD is my debut album, and I think represents the beginning of what I hope to be the start of developing my own sound. This record features people that mentored me throughout my time in Portland and their styles of playing have rubbed off hugely on me. The people on this record really shaped my experience in Portland and this album represents a lot of what I have learned from them.

What track has stood out as your favorite and why? What was the hardest to conquer?

One of my favorite tracks on the record is the standard “You’ve Changed.” George(piano) and I played this duo and only did one take and did not rehearse it beforehand. George surprised me many times throughout the track with different reharmonizations and his ability to listen to me so well while contributing so greatly to the music. That was also the last track we recorded of the day, so I remember it very clearly in my mind!

Which of the iconic sax players do you most admire?

What about contemporary sax players?

Talk about your personnel, how you met them and why you invited them on this CD?

George Cooligan was my professor at Portland State University and I was lucky enough to play some of my first professional gigs with him. George is one of the most amazing pianists alive and his well of knowledge is endless! Alan Jones is another mentor and teacher of mine who I got some of my first professional opportunities from. He is a fearless drummer and showed me why playing music is so much fun.

Jon Lakey is a bass player in Portland whom I have known and had opportunities to play with and learn from during my time there. He hosted the very first jam session I ever went to! Charlie Porter is an outstanding trumpet player who shares very similar musical values as me and was an amazing addition to this album.

These are people who all play together a lot in Portland and whom I knew would work great together on this record.

As your first album, what was the most surprising aspect of production?

It was my first experience being in a studio for a whole day and making sure I got everything I needed for the record. Alan Jones produced and ran the session, so he helped keep everything moving and helped me decide how many takes we needed. We did two songs on one take and most everything else in two takes so the session moved quickly and everything felt very in the moment.

Our recording engineer Sacha also did a fantastic job moving the session forward and knowing the players and what equipment would sound good on everyone. Alan and Sacha made the session so great, I was surprised how much I didn’t have to worry about because of them.

Where are you based?

Do you have performances lined up for 2021?

Not yet 😦 Definitely an album release show will happen in 2021!

Thank you so much for having me! I am really excited for everyone to hear this album.

One thought on ““Introducing Nicole McCabe” – Debut CD Welcomes A New Friend, and She Can Stay”