Saxophonist Moreira Chonguica has assembled an amazing cadre of musicians who pour their hearts into his latest CD called “M & M,” so titled because of the collaboration with Manu Dibango, the recently passed icon and singer/songwriter from Cameroon. A celebration and fresh remembrance of his contribution to music, this CD is infused with glints of fire and spinning colors with extra texture from its consistently brilliant percussion work.

In “M&M” he’s hippified favorite gems like “Take Five” which has a body-moving groove, and coolly revved up “Softy As in a Morning Sunrise” to a joyous place. “Tutu” is a stunning travelogue to Africa, and “Night and Day” (at first so inventively unrecognizable, opening with a flaming electric guitar) is graced with Chonguica’s sweet sax attack.

How did you first meet with Manu, and why did you decide to collaborate?

I met Manu at the “Turn of the Millennium” concert on Robben Island, Cape Town in 1999/2000. I was part of the  band that backed a number of artists including Jonathan Butler, Sibongile Khumalo and Manu but I ‘met’ him long before that through his records that used to be played by my father and on Radio Mozambique all those years ago, and through our national TV stations TVE that used to show a few of his concerts.

We kept in touch since the concert and in 2008, he contributed to my album Vol 2 – Citizen of the World on the track “West South Side” which also appears on the “M & M” album. He came with his band in 2012 to Maputo for my Morejazz Series festival. That was when the idea of the album was cemented but it took us until 2015 to finally get into the studio.

What impact has he had upon your music?

I admire him first as a person then as a musician. I admire him for being active in the liberation of this amazing continent through culture; and for his audacity in never giving up in what he believed in – which was music with African roots and most important for the integration of this music with  other platforms around the world.

I admire the way he blended funk, the makossa, the juju; the way he respected other idioms, other vocabularies of jazz not only of Cuban music; and because he was always surrounded by young artists. He was never afraid of trying, he never had limitations with his creativity and yet he was very vocal about Africa, about the liberation of Africa, about human rights.

How would you describe the sound of jazz from Mozambique?

The only thing I can tell you is that Mozambique, with its vast, long coastline (2700kms), made it possible for us to have so many different types of influences.

It is common knowledge that Mozambique was colonized by Portugal but before that the Arabs were in Mozambique as were people of Asian descent. There were over 20 tribes in Mozambique with thousands of dialects and they each have their own peculiar characteristics.

In Mozambique, you will find interesting rhythms and melodies, and it’s very inclusive. It may sound like melodies from Morocco or Algeria or grooves you have heard in Congolese music or Cuban music.

If you look at the map of the African continent where Mozambique is located, all our neighbors that border the country are English-speaking countries. We are the only Portuguese-speaking country on this side of the continent., along with Tanzania, Malawi, South Africa and Eswatini. So that also influences our music.

This makes our music very rich and very diverse. One of our strongest cultural points is our diversity.

What is your own particular sound on saxophone?

I don’t really know how I would characterize my sound. A saxophone is the same in Mozambique as it is in Angola or the US, UK or Brazil. The scales are the same but the approach is different which is why I value human beings as people first because that influences my way of playing.

We all studied the same idioms, if it’s jazz, within jazz, if you studied Charlie Parker, Winston Mankunku, John Coltrane or Manu Dibango, at the end of the day, your experiences in life, your dreams and your fears are what is going to produce the type of sound that you have. I leave it up to the listeners to decide the particular sound I have!

What was the most rewarding part of producing this CD?

The first thing was to be with a strong visionary giant, the Lion of Africa, Manu Dibango. This collaboration helps to demystify some of the taboos surrounding African people, that we can’t live together, that we are divided because of our tribes, that we can’t get along with older people because the youth don’t respect the elders.

This was the most rewarding thing. It was beyond music. Music was just the vehicle. But there are many messages in this album.

Secondly, it was that we went to take some of the standards, including American standards, and brought them back home. We gave them a twist and we tried to envision what we would have done if those songs were composed by African people. It’s sad that Papa Manu is no longer with us and sad that he will not see in the next 10 years the impact of this album. We used the music to impact young people, to impact the taboos about us as Africans that are perceived in other parts of the world.

Why did you choose sax to express your feelings through?

I never chose the saxophone or music. They chose me! I never planned to be a musician. I wanted to be a lawyer practicing international law. The saxophone happened because my father took me to music school at a very young age. He happened to listen to a lot of saxophone players, trumpet players, wind players, so probably saxophone chose me.

Does the current world situation inspire you to compose?

Absolutely.  I am inspired by life. I compose all the time. Musicians compose in different ways. I don’t look at things in a linear way but more transversal.

There is not one thing that inspires me. It’s a collective. Many things. I am always writing. It is a very difficult time for everybody. Some people are inspired to write more because they are traveling less and have more time with their instrument. It is a time of discovery and dreaming and naturally that will evolve in your craft.

Thank you for the opportunity to answer your questions. I am sure that after all this situation has passed, we will have a serious explosion of creativity because of innovation. New forms of saying and expressing the same thing. I look forward to this.

Photos courtesy of and with permission of Moreira Chonguica. 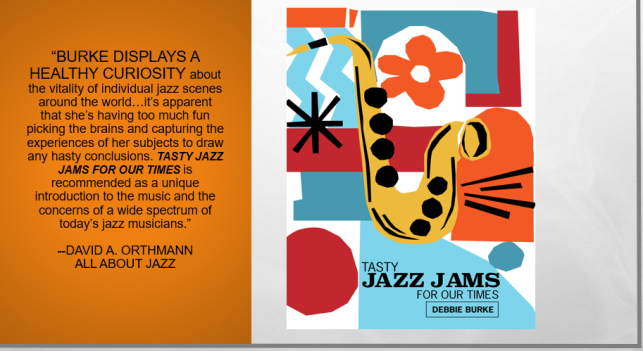