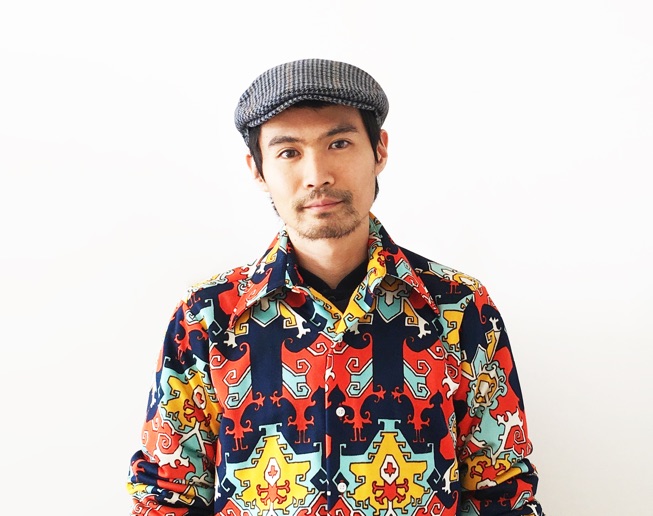 The Doggy Cats want to tell you straight up that jazz doesn’t need to be complicated and over-thought. Their first CD “Diakon Pizza” is a work of open-hearted joie de vivre. Leader and pianist Tetsuro Hoshii who hails from Japan and is now a permanent fixture in Brooklyn has other talents interrelated with this theme of YOLO: he’s an artist with a cartoonist’s sensibility and a composer with a feel for how to make people smile.

Though playing together for several years, The Doggy Cats’ debut CD has just been released. “Diakon Pizza” has 12 tracks to lighten your load in life. The Dixieland-vibed “Happy Dog” leads the pack here, setting the tone for fun and games. The musicians just set this thing on fire. “Bourgeois Breakfast with Dogs” delivers some down-n-dirty honky-tonk. The orchestrally beautiful “Brass Hymn” is followed by the coolth of “Happiest Cat,” a song that embodies how music is by far the best drug ever, and the sax just blows pure truth in “Qui Rock.”

Do you remember your first composition?

The first time I ever composed something was when I was about 5 years old; now I call it “Russian Bear Dog.” The Doggy Cats have performed that song, too.

The first composition for this album was “Qui Rock.” I composed it in 2007 as part of my project called “Crow and Sea Suite.” It’s a 60-minute suite of my original compositions in which a crow explores the sea.

What has stayed with you from your early musical training?

I started eurhythmics and solfege when I was 4. This was a combination of singing and dancing. It’s not about reading music; it’s more like feeling music. It was good way to nourish my creativity.

I’ve been improvising since I started to play the piano. That’s the key to being creative and keeping motivated.

What did you reject from your early musical training as irrelevant?

I really hated reading music. And I still am not good at it – I think because one of my piano teachers used to hit my hand when I made a mistake. It was totally inappropriate, but it also was common in Japan back in the day.

Almost every week I cried after the lesson and became traumatized about going. I was against reading music until I met Ed Bedner who was in the piano faculty at Berklee College of Music. He showed me the beauty of classical composition, understanding all the dynamics and articulations. That totally changed my life. However, I’m still disappointed about my musical education in Japan.

How does jazz speak to you?

I’m still exploring what jazz is. Jazz is a king of speaking inside ourselves. No matter what, if there’s no passion of expression, I don’t call it jazz.

Historically, jazz is a mirror of American history. Slavery, racism, depression; there are so many struggles illuminated by music and art. Personally, jazz speaks to me almost physically and very emotionally, because I have compassion for people’s struggles.

For me, my gender, my race and being an immigrant in the US have been my main struggles. My sensitivity to those struggles touches jazz.

Why the name DOGGY CATS?

For some reason, jazz musicians are called “cats” (please let me know if you know the reason). We play music like dogs that are running and playing around. That’s why we are The Doggy Cats.

When you compose for your band, do you hear where each of the musicians will fit into a song? Are they involved in the creation of the music?

I have a strong rule that I’m the boss when I have my own project. And a good boss listens, respects, doesn’t explain too much and doesn’t force too much.

I was crystal clear when I started The Doggy Cats in 2015 that I wanted to make this album of all my compositions. After a small briefing, I let them do anything and go anywhere, and I appreciate anything they do because I trust them.

I doubt many things, but I have never doubted my band members, because they are just so amazing. And there is no any space for argument. That’s how we keep it fresh and creative.

How long was Daikon Pizza in the making and what was it like producing it?

I started The Doggy Cats five years ago and this is our first album, so it took five years.

It took time for everybody to get used to my music. We recorded one year ago with Christopher Benham at Big Orange Sheep in Brooklyn. I edited it myself. It was mixed/mastered at Bass Hit Recording in New York by Dave Darlington. It was such a priceless experience. I feel privileged to be a musician and band leader.

Do you have a favorite or the most fun track?

All the tracks are my favorite! You realize that my music style goes in many different directions and becomes kind of extreme if you listen from beginning to end.

Why did you move to NY and what has been the most rewarding aspect of living there?

I would say that where I used to live in the US was not the place where I could achieve my goals. I felt racism, and my possibilities were very limited. My life was stuck there. But New York has everything. It can be a dirty, disgusting, messy, uncomfortable city, but the diversity here makes up for anything negative.

The key to living in New York is to meet great people, stick together and support each other.

What do you want “Daikon Pizza” to convey?

I made music to heal myself from struggle. It’s not just about happy music. There is a passion that I want to come alive in the album.

I hope this is an entrance to discovering the joy of jazz.

Photos courtesy of and with permission of Tetsuro Hoshii.