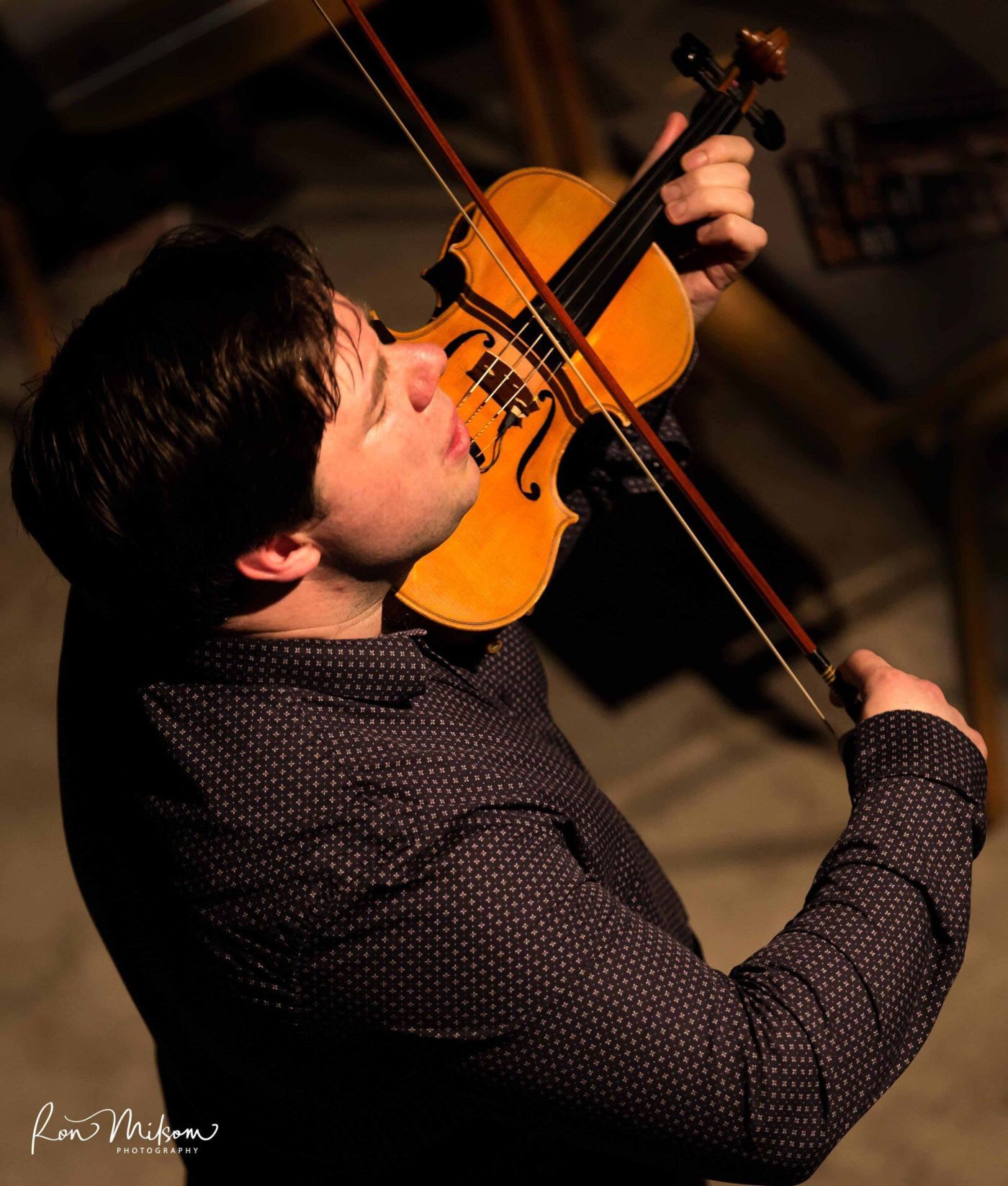 Trained very young on classical music for violin, the UK’s John Pearce slid over to the jazz side in college. He’s never denied his roots; a deep-seated appreciation for classical composition crops up in his playing even today in his exciting debut release **SEPTEMBER 18** titled “Just Friends.” With tracks light and airy, he brings bounce and shine to “Joy Spring” (with its terribly funky organ breakouts); a delicious melancholy sweetness to “My Foolish Heart”; and he stirs up some righteous phrasing in the poppin’ “Lester Leaps In” which nearly runs away from itself in a rhythmic frenzy.

Since you had first learned violin via classical music, when did jazz beckon?

I started playing the violin when I was 7 years old and my primary focus was the study of classical music. I would often pick up melodies by ear, though, and join in with whatever music was playing in the house. My father was a constant source of encouragement and was always buying me new music to listen to. He was a singer who sang mainly rock and blues but he was passionate about all kinds of music. I clearly remember listening to a Charlie Parker compilation album that he bought me when I was 11 years old and that had a huge impact on me.

I was utterly captivated by it. I was dedicated to a career as a classical soloist but before I began my undergraduate degree at the Royal Academy of Music my father died suddenly. My life and trajectory changed. My great uncle, Pete McQuaid, who is a jazz guitarist, used to visit me at home. We played jazz standards together and listened to Wes Montgomery. My love for it all deepened and around 2006, I started performing jazz.

My father and I went to hear Stephane Grappelli play when I was a boy. I was so inspired by the concert that afterwards Dad bought me a book of jazz violin transcriptions. I got together with some fellow jazz enthusiasts at school and at a morning assembly we played “Sweet Georgia Brown.” I loved it.

Where do you live in the UK and is it jazz-friendly?

I was born and raised in Bristol, where I still live. The jazz community is an open and welcoming one and there are so many opportunities to play and learn. Bristol has a large appetite for live music and musical diversity. I’ve performed classical music, dub reggae, klezmer and jazz here.

How does a violinist convey that special kind sweetness like you did in “Skylark”?

One of my favorite violinists is David Oistrakh. His sound is warm and full, and those are qualities that I have looked to develop in my own playing. I am fortunate to have studied the violin with Nic Fallowfield and Bela Katona. Learning to let go in the body and allow the sound to breathe has been a big part of what they passed on to me.

I’m constantly in search of the most beautiful sound that I can make.

Have audiences been jaded by streaming music?

This is my debut album and as a self-release I am learning so much about the current state of the music industry. My career to date has been vastly focused on live performances and I don’t think there will ever be a substitute for experiencing music live.

How did you meet the other members of your quartet and why did you form the ensemble?

I met David Newton after a concert in Bristol about 10 years ago. His piano playing takes you on a journey and there are often humorous musical interjections with surprises and twists along the way! I learn so much playing music with him.

Will Harris and I met at a jam session in Bristol, enjoyed playing together and became friends. He is a wonderfully supportive bassist who allows you to be yourself in the music and he solos with real melodic invention.

My first encounter with drummer Ian Matthews was also at a Bristol jazz jam session. He has an infectious energy and dynamism in his playing and we have had great fun over the years feasting at Indian and Chinese restaurants.

What question do you get asked most often?

When is your album coming out?

What’s one place you’ve never played that you’d love to be invited to?

I visited New York recently and had the chance to play at a few jam sessions including Dizzy’s Club. It was wonderful to hear Wynton Marsalis and Jeff Hamilton play as well. A Carnegie Hall concert with them would be fun.

It’s a bit far from home, but I have very special memories of playing at the Cork Jazz Festival with Uncle Pete.

How long was this new album “Just Friends” in the making?

I have been getting in my own way for a long time but I finally felt ready to record something of my own and in January 2017, the quartet recorded together at Rockfield Studios. Finalizing the mix was a lengthy process and it was then mastered by Tim Young at Metropolis in May of 2018.

For the album, I selected some of my favorite jazz standards. They are tunes that I have lived with and loved for some time. They allow me to be myself.

Which song is the most fun to perform?

“Lester Leaps In.” The harmonic sequence is based on Gershwin’s “I Got Rhythm” and there are so many other tunes that have been written based on that template. You can have fun developing melodic material based on those and throw in a quotation or two!

How does classical inform these tracks, if at all?

Classical music describes such an extraordinary wealth of music. From Palestrina to Prokofiev, it has influenced how I think and feel, and there are certain composers who are especially close to my heart like Bach and Shostakovich. Undeniably, these impressions have found their way into my own playing.

Having a foundation that’s built on a classical technique can help as you facilitate greater freedom on your instrument. A larger number of musical options can be a blessing but the talent is in the choice.

I will be having an album launch at The Spice of Life in London performing with the quartet along with my friend and vocalist Lee Mead who will be joining us for a few songs. I went to the venue for the first time recently. It has a fantastic atmosphere and I am excited to be playing there on the 18th of September!

Photos courtesy of and with permission of John Pearce. 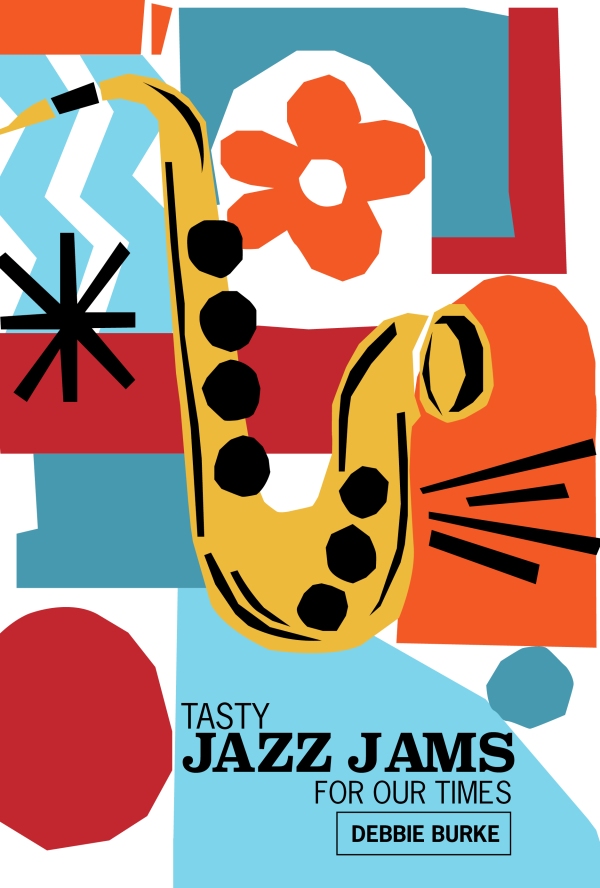