Silvio Caroli is a pianist and teacher of jazz, and while his students might enjoy his accessibility and wonderful personality, they are extraordinarily fortunate to be learning music from one of the best. Caroli’s intense lyricism, fully absorbed pacing and thoughtful touch are as stunning as the sun breaking out from behind the clouds.

Trained classically, his latest offering is a CD titled “Flowing” where he can lay on some really thick and hearty blues (“And Sammy Walked In”), sprinkle highlights where they’re needed most (the somber “Martha”) and weave intricate subtextures (“PorzGoret”).

What was the single most important thing you’ve learned about music?

How did your formal music education make you who you are today?

I studied a lot of music when I was younger. I studied almost everything: Rachmaninoff piano concert, Liszt etudes, Scriabin sonatas and Art Tatum piano arrangements. But at 21 years old I started to get bored with the music situation in Italy, and chose to study and graduate in economics and finance.  But few years ago, I wanted to play the piano (as a volunteer) at a hospice for people who are nearing the end of life. It was a wonderful experience because I rediscovered music, and found that it’s an extremely powerful language to communicate with other people, especially patients and their families. I used to play in concerts and for competitions, where I was expected to show my talent and virtuosity, but in the hospice people don’t have expectations about me, there is only a piano, the great music that I could play, and all the people with psychological and spiritual needs. I hope that listening to the music reduced their pain. I’m sure it was the case, because I talked with them so much…and sometimes cried with them. I’m so fortunate for that opportunity, because now I have another precious point of view about music.

My classical background gives me the opportunity to plan my jazz arrangements like classical compositions, with a score in which I put my musical ideas. I collaborate with the US-based website www.musicnotes.com. They publish online sheet music of all genres.

What inspired “Flowing” and why did you title that?

I think my album is a journey from New Zealand to Beirut, from Europe to the Caribbean, and from classical music to Latin jazz music. For that reason I chose the title “Flowing”, which is inspired by a Bruce Lee quote: “The idea is that flowing water never goes stale, so just keep on flowing.”

By the word jazz I mean a music with a great history from United States; a music that sings about slavery with irresistible rhythms, at once joyful and yet also of great pain. Jazz players in the past didn’t usually learn in a classroom (copying the jazz scales and chords from the board); they learned from church, from home life, from hanging with the elders.

My jazz background is very different, and the reasons are pretty obvious. I was the winner of a music competition in the jazz category by releasing a jazz album where I wanted to find my own language. Jazz insists that imitation of the existing model is not an end in itself, but a means to discovering your own voice. I was trained like a classical pianist (studying especially Liszt, Horowitz and Cziffra), but at the same time I studied a lot and listened to great jazz pianists like Earl Hines, Art Tatum, Oscar Peterson, Ray Charles, Erroll Garner and Jay McShann and Latin pianists like Michel Camilo or Rubén González. I’m aware that my album is so far from the jazz of Duke Ellington or a Nocturne of Chopin, but I hope that I found a sound that really represents me.

What was the most difficult track to compose/arrange?

Probably “Into the Dark,” the first track. It is a simple tune by the New Zealand composer Christopher Norton from his book for pianist students “Microrock.” When I was teaching it to my students, I thought that I should have arranged it, because it is very powerful. This arrangement contains elements from “Pines of Rome” by Ottorino Respighi. It is like a tribute to one of the best Italian compositions of all the time, and for a composer who is almost unknown in Italy (for many reasons). I have to say that “Part of Your World” is difficult as well. It is a masterpiece by Alan Menken from the movie “The Little Mermaid” in which he won the Oscar for the best soundtrack. In this arrangement I was inspired by the sound of Keith Jarrett in “The Melody at Night with You” and Liszt’s and Rachmaninoff’s works.

What is the most fun song here?

“AND SAMMY WALKED IN”!!! It is a great tune by Michel Camilo, a Dominican pianist. I played with Latin musicians, and I taught jazz workshops as professor in Santo Domingo (the city where Michel Camilo was born): in the National Conservatory, in the Universidad Autónoma de Santo Domingo and the Academia de Musica de Patricia Logroño. I love the Caribbean culture and its music, and was so fortunate to make great friends there. People go crazy when I play it. I played it in the Dominican Republic and in Italy. Dominican people obviously love salsa and rumba rhythms, and perhaps the Italians have a Latin soul as well.

“MARTHA” is composed by Eliel Lazo, a Cuban percussionist and friend of mine (we played and collaborated together). Now he is considered the best conga player all over the world, like Giovanni Hidalgo. You’ll find this song in his album “El Conguero” with the great Cuban pianist Chucho Valdes.

“BEIRUT” is composed by the French-Lebanese jazz trumpeter Ibrahim Maalouf. This song really touched my heart. When I improvised in the studio I dared to cite the theme of Schindler’s List by John Williams. I think this song speaks about suffering and love at the same time.

“PORZ GORET” is composed by the French musician Yann Tiersen. I played almost his entire original version in solo piano. His tune and his performance are already perfect, but I just wanted to give a slightly different performance and version.

What is the most rewarding part of being a jazz musician today?

Teaching jazz. Music students in Italy are used to receiving only a formal music education. The first conservatories were born in Italy in the 16th century. Opera originated in Italy as well, and it’s the most important part of our heritage. Perhaps we have the most important extant musical sources worldwide (manuscripts or printed music, writings on music theory, and libretti). When I was a student I wasn’t allowed to learn jazz (it seemed a sacrilege or a violation), but now things are slowly changing. Students now are so happy to also receive a jazz education. Generally speaking jazz teachers in Italy are 30-40 years old. The older ones don’t agree to teach jazz or can’t, because they don’t know anything about it. 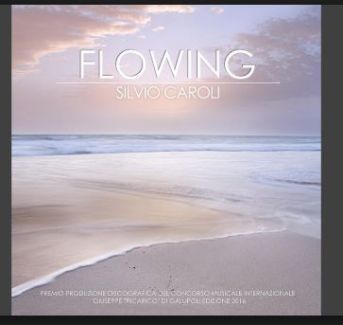 What is the most interesting part of the jazz scene where you live?

I live in south Italy, in a small town called Taurisano. We don’t have a great jazz scene here, but things are changing, and there’s more activity in pubs or small clubs. The most important clubs are in Milan or Rome. In the summer we have many jazz festivals throughout Italy, the most important surely being Umbria Jazz.

What do you love most about improv?

I love improvisation very much, because to do it, one needs to understand the core of the music. The heart of jazz is the improvisation. Not only for jazz music, but for folk music as well, and for classical music too! Beethoven, Mozart, Liszt, Chopin, etc. were great improvisers, and they grew up in a musical culture in which some level of improvisation was expected and encouraged. Dalcroze, who was the first innovative music educator, sensed that the Conservatory teaching had grown stiff with its over-dependence on the written score. Carl Orff was inspired by Dalcroze, and now new generations of music teachers are using his wonderful method. I love to improvise together with my students.

Photos courtesy of and with permission of Silvio Caroli. 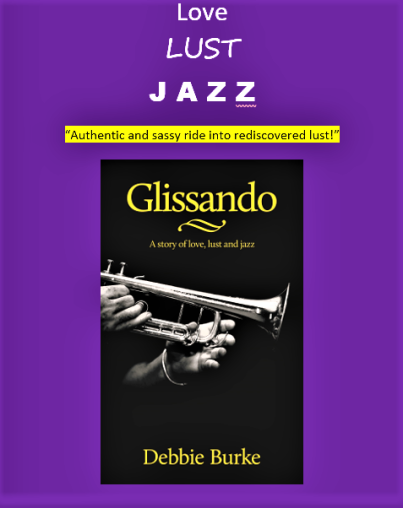