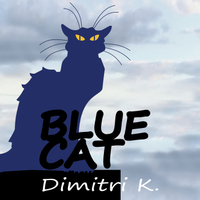 Dimitri K has mastered – very easily, it seems – the smooth groove on piano and guitar. He proves his prowess with the new instrumental release “Blue Cat.” The song “I Saw Her” is the ultimate definition of romance, rolling the listener through a panorama of sweet emotion tinted with mystery from the swelling of the synth and subtle shussing effects. On guitar in “San Juan,” he lends a lighter feel to the music while still suggesting affairs of the heart. The title track “Blue Cat” has phenomenal flow and moves like a lazy river. A sneaky soundbite inserted in the song breaks the fourth wall, asking: “Hey John, is that the Blue Cat you’re talking about?” The correct answer is yes, because it’s worth talking about.

Do you remember your first jazz composition?

I was a pretty well-established composer of pop songs, writing for the major singers in a small country in Europe. When I came to the states at the age of 40, for a number of years I did not write anything and somewhat confused in the local music scene. Once I started to write again I found I have more attraction to instrumentals than vocal music. It was no wonder that in 2006 my first album came out pretty much on the jazzy side because I invited sax player Harry Hall (who unfortunately passed away in 2016). Whether on tenor, alto, soprano, flute or clarinet he was an outstanding recording artist and stage performer in New York and Los Angeles back in the 60s and 70s. He supported or recorded for acts as diverse as The O’Jays, The Dorsey Orchestras, Refuge led by trombonist Bill Watrous and backed by Cab Calloway, Liberace, Eddie Fisher, Rosemary Clooney, Lionel Hampton, Celia Cruz and Chaka Khan to name a few! The album was called Slim Profile http://cdbaby.com/cd/dimitrik2

Back to the question, recording “Slim Profile” was my first brush with jazz music.

What instruments do you play? Which do you consider your primary instrument?

When I was six years old I started with violin. Four years later, I tried a bit of guitar and piano on my own. Later on I discovered that I need a harmony instrument in order to compose. I put together my projects on guitar and piano.

When did you release “Blue Cat” and what is the meaning behind the name?

Jazz musicians call themselves cats, also the real cats like to play at nighttime, and we had two. I made a short video of them and decided to devote a playful tune to them. That’s how the title came to light https://youtu.be/no4HjWZ9LlY

What is the overall theme or emotion of this CD?

Between downtempo in “I Saw Her” (subtle, emotional, gloomy) to the uplifting, cheerful uptempo “That’ll Do It,” to the humorous, catchy “Blue Cat.” With an attempt to bring diversity in style, and not repeat the emotional feel of any song.

Talk about the upcoming album “7/8” and why is this a favorite rhythm of yours?

I am originally from Bulgaria and the folkloric music in my country has very weird time signatures such as 7/8, 9/8 and 11/8. I just attempt to introduce some excitement in contemporary instrumental music.

What are the creative differences between “Blue Cat” and “7/8”?

In “Blue Cat” usually two solo instruments create the motion in each tune. In “7/8” in some tunes, three solo instruments plus an uncommon instrument like a pipe or folkloric voices are added for excitement in the background. Examples are the 7/8 time signature  in “7/8” and the sound of romance from a violin in “Interpretation of a Dream” at https://youtu.be/Y7VmmJX3r5s

Is the music scene friendly to jazz artists where you live in Florida?

Places like Blue Bamboo, Jazz Tasting, etc. are interesting places to attend and overall Orlando is a friendly place for jazz musicians.

Where does your inspiration come from when composing?

My approach to recording starts with writing down a melody and a harmony that wants to get out and have a life of its own. I can do that even traveling in a foreign country with a pocket-size rollover rubber piano used just for starting an idea. Then when I am back in my home studio I would lay down the tracks with piano and guitar, then would think of the best instrument for the solo and accordingly would invite a piano, guitar, sax, trumpet, etc. performer for the solo part. However, I am not limited to those instruments and often use viola, violin, oboe, flute, clarinet, harp and even bagpipes in some tunes.

Name some of your favorite musicians to perform with.

Favorite to record with are John Valeri, guitar and sound engineer; Alvin L. Gilles – keyboards; Rob Mullins – piano; Konstantin Dimitrov – violin; and actually all the musicians involved in the production.

What makes for a fantastic venue?

For now, I keep to studio production, but one day certainly I would like to taste the stage life with my musicians.

What new styles or sounds have you recently been exploring?

In “Blue Cat” the tune “Mystery Bound” has a medieval choir in the background at https://youtu.be/i067mgEMP94 and in my “7/8” album, the bagpipes play in “Intuitive” plus women’s vocals in “Oculus.”

What do you like to bring to audiences with your music?

As a voting Grammy member, I was supposed to listen to many different styles of compositions in 84 different categories for the 61st Grammy in 2018. Instead of looking for a specific category of each composition I took the following approach: does the composition bring excitement or not, then if it does, I would look for the category and put it on my short list. There was a saying: Love is love and song is song unless it brings an emotion you’ve never experienced before.

Hope by way of divine intervention for my music to bring some excitement as well!

Photos courtesy of and with permission of Dimitri K. 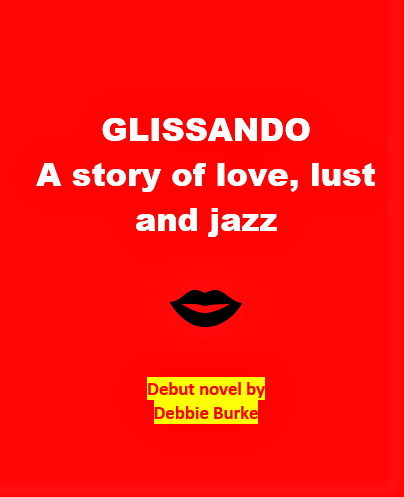