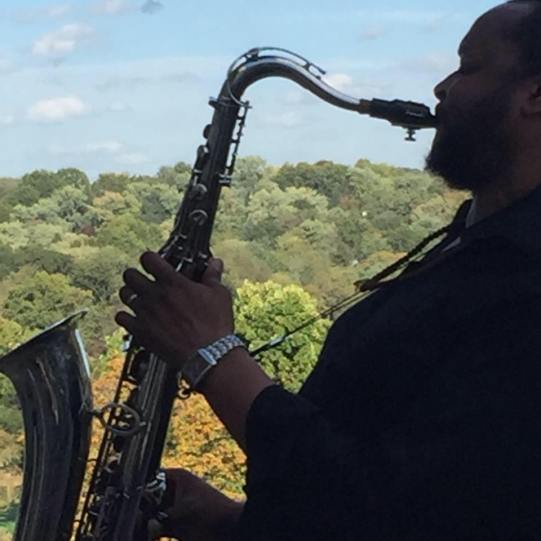 Funkin’ up T. Monk’s “Epistrophy” righteously, tenor sax player DK Anderson digs in deep and comes up with some shockingly fresh angles. It’s one of the tracks on his new CD “Quantum Truth,” an inventive collection of songs played on a different plane than the listener may be used to.

Take the standard “All The Things You Are”: in this version, DK and band look in different places for the “truth” on this tune; right out of the gate, it pierces the air with hot, bold drum work that’s a total surprise. DK’s tenor wails, explains, asserts and insists. “Lady Grinning Soul” is a suspenseful stew with a beautiful and dark side and DK plays with such texture that it feels inexplicably personal. A sexy, heavy guitar solo seems to come out of nowhere and reiterates its mystery.

As the truth shifts with different perspectives, so do these songs warrant multiple listens for full effect.

How would you describe the feeling of playing your first composition for big band at the Winterfest in Pittsburgh?

It was thrilling to know I had a chance to address a huge audience. They gave me time to explain the piece and be in front of the big band, conducting it. The premier was well-received. I like to joke around so afterwards when I got just as many comments from audience members about my jokes as I did the music, that made me happy.

Why tenor; who are your tenor idols; what was the first one you ever owned?

In an elementary school demonstration right before summer break, I was supposed to order a trumpet through the local rental program.  At the last minute I changed the paperwork to saxophone. That gave me the whole summer to experiment with this instrument and figure out how it makes sounds. Obviously this was before YouTube.

I returned to school in the fall surprising my band director [a trumpet player] by showing up with a saxophone.  Like most students, I started on an alto.  Later in high school – between classes – the band director would play all kinds of big band and small group music.  All the improvisation seemed like it was on a tenor saxophone. I really liked the sound of it. My first tenor was won off a bet in high school but was still a student model.

I didn’t buy a professional tenor until I was in my early twenties when I found a deal on a repossessed instrument. I drove 4 hours to DC with a couple of friends.  Bought the saxophone, went to the international spy museum, had a nice lunch at a Chinese buffet, then drove home.  I still use this saxophone today.  It’s a Yamaha custom.  I have two.  The other one is silver.

My earliest influences were Dexter Gordon, John Coltrane, and then Stan Getz because my band director said I had a tendency to play sharp. When I went to Pittsburgh I heard about great players who weren’t as well-known, like Hank Mobley and Tina Brooks.

Your site describes your vibe as “neo-jazz” but a lot of current wisdom is almost foregoing labels. What is your style/genre all about?

We use elements of jazz and apply them in a modern context. When we say neo-jazz, we are exploring what jazz is now.  We’re not setting out to do something the way it was already done.

There’s such a wide range of music that is all under the canopy called jazz. Someone who is not familiar with jazz and may have only heard one musical example might relate all jazz to that one thing.

Why did you call your new CD “Quantum Truth”?

I would like to talk about how a quantum computer might work. The theory of a quantum computer takes one idea and then it works out the question in infinite ways simultaneously.   The computer then becomes a sole entity again and has one solution or many.  I thought it would be interesting for this project if we approached standards from the American songbook in forms that were still recognizable but expressive of other possibilities in harmony, instrumentation, and rhythm.

What is your truth about jazz?

It’s spontaneous. It captures the moment.  It’s not just the notes and songs. It’s the feeling and experience of everyone in that room.

It’s better live.  That’s why “8th Window” and “Quantum Truth” were recorded in the studio in full takes with the whole band. I believe to capture a moment, everyone has to be there right then. 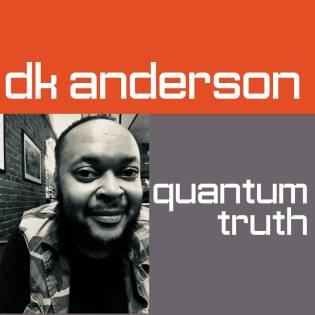 Standards like “You Are” – where do you find the inspiration to re-imagine these classics and present them with a new feel?

“All the Things You Are” is a favorite song of mine. The standard changes for this song are something I practiced like crazy to learn how to play jazz phrasing when I was younger.

Rediscovering the song, I thought it would be fun to have a fresh take on the harmony in the spirit of the Quantum Truth project. Before releasing the album, I bumped into alto saxophonist Richie Cole and let him listen to this new version.  He looked at me and said I had taken the most perfect song and changed it -why?  We both got a good laugh out of that.

How does it feel to hear the end result of what started inside your head?

My first album, “8th Window,” had five original songs. I only did the one original – “Sun Sail” – on “Quantum Truth” because we were approaching it as a standards album.  Recording an original is always a challenge in the studio because we track everything live.  The way we are set up in the studio makes it hard to give visual cues because we don’t have direct line of sight like we would in a show.  This forces us all to listen more.

There is a Facebook live feed recording of “Sun Sail” that is more than 20 minutes long. You can imagine the look on players’ faces when I requested we do the track in five minutes in the studio.  That was a challenge, especially since by that time it was around 2 a.m.

What was the most fun track to play? The most challenging one?

We thought “Epistrophy” might have some challenges but the groove clicked.  We did it in one take except for Dave DiStefano’s guitar solo.  He played drums on this tune so we had to add his guitar immediately thereafter.

“Lady Grinning Soul” had an unexpected challenge. Aside from the cued intro, we thought this song would not be too difficult to put down.  The cued part worked fine but when it came time for the guitar solo, it didn’t happen because both guitarists – Enzo Belli and Dave DiStefano – were very politely insisting that the other might want to take the solo.  We were all tired so a fresh take was done the next day.

How did your hiatus help you go deeper, express more?

I had spent years gigging and touring with several groups at once. The bands were different but the sets seemed all the same.  As much as I appreciated the work, I felt that I was stuck.  I took a hiatus from performing.  I never stopped playing.

When I returned to the scene, I felt like I had a real interest in every single kind of music and the people who played it.  I think before that I only wanted to talk with people who were playing the same kind of music I was playing.  Taking a break broadened my horizons and appreciation.

After that, you formed Quantum Truth. How did you choose these musicians?

I knew these musicians were talented and capable. They were also fearless about challenging what’s expected.  They willingly got together regularly to try a variety of musical ideas.  That was tough with working musicians’ schedules but we got it done.

We also explored the limits of spicy food. I love to cook and always made a meal for practice night – usually curry or chili. Had a lot of fun seeing how high on the spice chart we could go.  Maria Castellon, the bassist, is the current champion.  In a restaurant when they ask for a 1 to 10 spice level, she’s ordering at least a 12.

What’s the most gratifying aspect of the new CD?

Sometimes a song from the album comes up in my library shuffle and I forget it’s our album. I just enjoy the music.

Pittsburgh has an amazing roster of jazz musicians of all ages.

The interesting part for me is seeing other cultures, how other people live and how they respond to music. I mentioned earlier that we had a Facebook Live Feed of “Sun Sail.” It was cool to see all the different countries that embraced it.

Thanks for the interview, Debbie.

Photos courtesy of and with permission of DK Anderson.