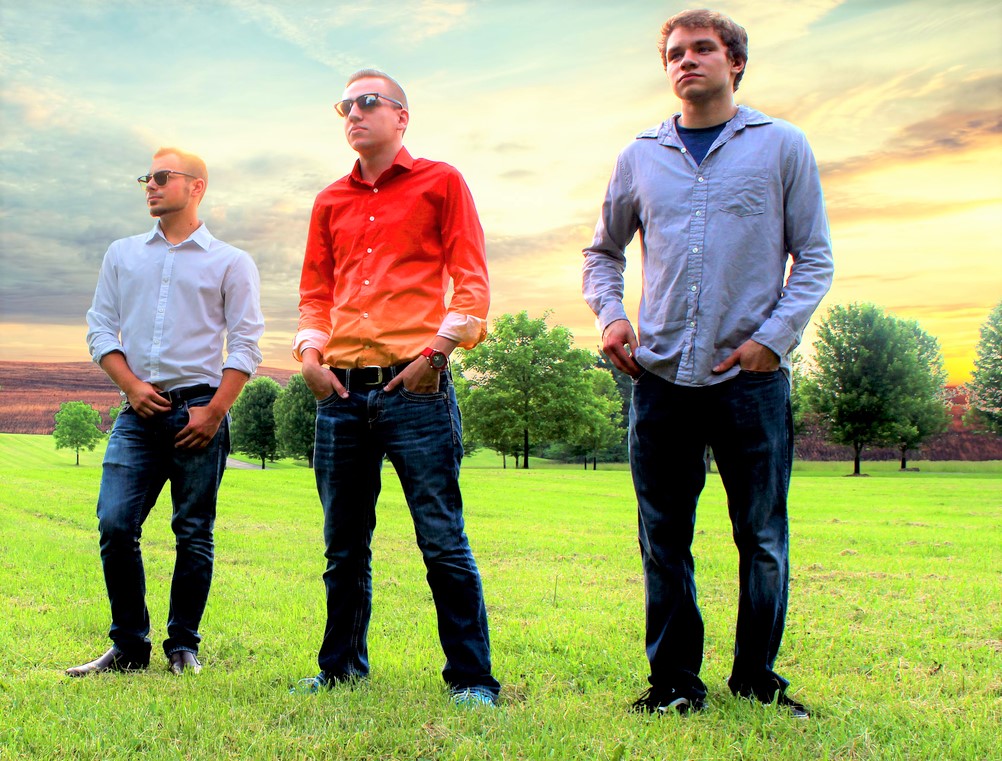 Bright ’n’ breezy and wrapping its arms around you in a cool comforting hug is “Low Tide,” the newest EP from the Ohio-based smooth trio called Blu Monsoon. The title song is inviting and confident, totally with and for the listener, not a wisp of self-consciousness. Tune number two here is “Come On Up” (a cover of the Brian Culbertson song) that injects lots of sass and attitude with a hot, heavy beat.

On an earlier album called “Hot Tub Maintenance” their music feels bright, uplifting; fresh and clear like chilled spring water. The song “Noon Thirty” is picture-perfect ensemble work, breaking it up with a sweet guitar solo. “Intermission” has a glowing funk-energy, and drama and depth stir things around on “Thunder at Midnight.”

The only problem with Blu Monsoon’s new EP is that of deficiency; our jazz cups want so badly to runneth over with them, but we’ll have to wait for their next full CD which, with favorable luck, will be ready in 2019.

How did you come up with the name of your group?

The band name “Blu Monsoon” is actually a combination of two words we had on our running list of potential band names we thought were cool: we smashed ‘blue’ and ‘monsoon’ together and “Blu Monsoon” just kind of stuck. We dropped the “e” in blue because we were in high school and it seemed like a good idea at the time. We obviously didn’t know too much about marketing or SEO.

Is the Cleveland scene smooth-jazz-friendly?

I’m pretty sure Cleveland is friendly to most genres. Smooth jazz is one of the smaller scenes here in Cleveland, but our niche fans are very supportive and enthusiastic. We go over very well in both restaurant and corporate settings. I think there is a great sense of community within the smooth jazz genre globally and we definitely feel that trickle down to us here at home in Cleveland.

Which musicians are your inspiration?

Individually we have many different inspirations. Mine personally include (but are not limited to) contemporary jazz pianist Brian Culbertson; blues pianist Deanna Bogart; New Jersey party band, Southside Johnny & the Asbury Jukes, and what is a list of musical inspiration without John Mayer?

The first iteration of Low Tide appeared on our debut EP “At 21 and Daisy” back in 2012. The song was originally written at a significantly slower tempo than how we play it on the EP. I remember sitting at the piano and just playing through those first four major-7 chords. It was a real laid-back, “sit on the beach” type song (hence the name “Low Tide”). We were playing a gig in Westlake one night, and we decided to bump the tempo just for fun. It ended up working EXTREMELY well. The song took on this incredible energy and transcended into this feel-good radio-type tune.

What inspired the other two tracks on this EP?

They’re actually cover tunes. “Come on Up” is a song by Brian Culbertson from 2003. I’m a huge BC fan and loved the groove and melody of this tune. We decided to try it out as a band, threw a little of the Blu Monsoon secret sauce on it, and ended up being an awesome addition to the CD and our regular set.

The other track is “Royals” by Lorde. Our arrangement is vastly different from the original tune, which is unique itself yet pretty recognizable. I wanted to take that melody line and put it over some chords that better fit our style. It worked pretty well!

Are you writing new music now; planning to release a full-length CD?

We are continually writing music. Finishing it is another story. Between writing and recording, there are so many details that go into the production of a full-length CD. We all work 40 hours a week (or more) outside of Blu Monsoon so our release cycle may be a little slower compared to other bands. We plan on having a new disc out sometime in 2019. Fingers crossed!

We spend a lot of time writing emotional lyrics about life experiences and personal hardships.

I’m totally kidding; we’re a 100% instrumental band. Our music always starts with a groove or a cool line or cool chord progression and evolves from there. Our songs are more about feel than theme; everything is derived from a mood. Did I have a lot of coffee today? Is it sunny out? There’s a good chance a peppy track is going to come out of that.

What are the differences each of you bring to the table to create that nice mellow brew?

We have vastly different musical backgrounds. I’m the big smooth jazz/soul guy in the band. Adam Hradisky is a big rock and roll drummer with influences from Rush and other groups from the era. Jeff Jeric has characteristics of Victor Wooten and the Grateful Dead. All of us bring our different backgrounds to the table and that’s what makes the Blu Monsoon sound so unique.

What are the steps- and how difficult is it- to get airplay?

It is extremely difficult…especially for commercial airplay. We are EXTREMELY fortunate and thankful that 107.3 The Wave decided to spin the track, as well as stations affiliated with the Smooth Jazz Network. I’m still in disbelief.

I’ve gotten in the car before and turned on the radio (I often listen to The Wave) and heard our track. It’s surreal. Mark Ribbins and The Wave staff are fantastic supporters of local music, so we are so thankful that they decided our track was radio-worthy!

What was the most fun song to produce from your CDs “At 21 and Daisy” and “Hot Tub Maintenance”?

“Hot Sauce” from the “Hot Tub Maintenance” disc. That song is almost necessarily complicated…but in a fun way. There are a lot of rhythmic changes and different sections that require more attention than some of our other music. The song is really easy to mess up just because there is so much going on…but that challenge also made it one of the most fun to produce.

What is the major difference in character between these two albums?

I’d say the major difference between “At 21 and Daisy” and “HTM” is that “HTM” definitely has some more groove and funk undertones compared to “At 21.”

“HTM” took on a more mature sound; “At 21 and Daisy” was our debut album and I think when you compare the two you can tell; I think there is more band identity on “HTM.”

Do you try to write hook-y songs or let the song take you where it wants to go?

I’d say it’s about 50/50. I like the hook-y tunes. They’re fun to write, and those are usually the ones that sound radio-worthy.

That being said…sometimes we throw down a few chords and just see where it goes. Sometimes it turns into something…sometimes it doesn’t.

Occasionally we’ll completely improvise the first song at a gig. Adam will throw down a groove, I’ll throw down some chords and we just hope for the best. The fun part about that is that usually, people have no idea we made it up on the spot. Then, of course, we completely forget what we just played and are never able to replicate it again.

We play so many festivals in the summer…I’d say Taste of Hudson is probably one of our favorites. We really enjoy food-related events and festivals. ToH is one of the rare gigs we play that have a professional sound company, so it’s really nice not having to worry about running the sound system. That also makes load-in and load-out WAY easier!

We love our small venues! One of our favorites is Sharon James Cellars out in Newbury, Ohio. They were one of our first wineries and they are just awesome on all fronts. Their food is great, their wine is great, and Sharon, Jim and the whole staff are all so friendly and hospitable. They really make all of their patrons feel like part of the SJ family. It’s such a fun place to play and hang!

The moment you knew when you went from just some guys playing together to have fun to a real “tidal” force?

It’s hard to pick a defining moment where we realized we had some momentum going. I think the closest thing was the first time we had both a Friday and Saturday booked in one weekend. We were probably all about 18-19 at the time and that was a crazy feeling having a whole weekend of music booked. Fast-forward a couple years and there have been a few times where we’ll do 5-6 gigs in a week. I think our record is 7 shows in 6 days. It was insane…and awesome.

Outside of Ohio, where will you play this year?

We don’t venture outside of Ohio too much, but we are looking at potentially setting some things up in Michigan and Pennsylvania.

Where in the world do you most want to play?

We might have a ways to go before we get to this place, but one of my dream venues is the Red Rocks Amphitheatre in Colorado. I’m a sucker for a gig with great scenery, and it doesn’t get much better than that!

What do you most want people to know about your band?

I think when people hear “smooth jazz” or “contemporary jazz” they immediately think of elevator music or something that Grandma would listen to. Blu Monsoon is definitely outside of that stereotype. That being said…we’d love for your grandma to listen to us…as well as to be played in an elevator.

We just want to thank all of those who have come out specifically to see us or bought a CD or two over the years! Our success would not be possible without the support of everyone who supports local music!

Photos courtesy of and with permission of BluMonsoon. 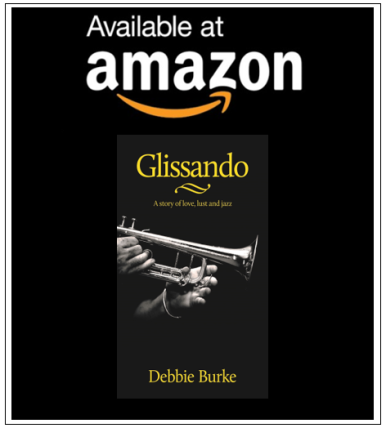