All Roads Lead to “Interchange”: Floris Kappeyne Jazzes it Up 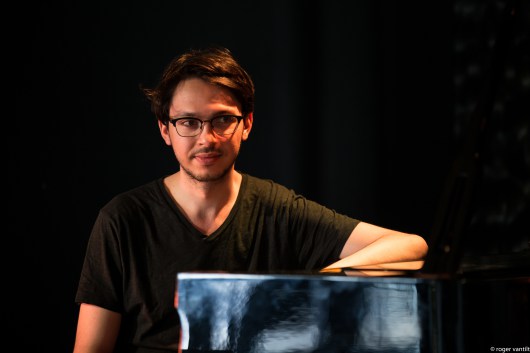 Pianist Floris Kappeyne has a hefty magic up his sleeves when he plays the opening notes to “Prelude;” the keys are under his spell and respond as multi-colored, acoustic ornaments. This is the first track of the 2017 debut CD “Interchange,” an album Kappeyne and the other 2/3 of his trio greeted the jazz world with. The title song “Interchange” launches off with the bass pulling us into a heady beat which the percussion runs circles around and enhances in a lace-like fashion. “Bliss” has a slow-dance sexiness; a phenomenal vibe that’s all feel-good.

The trio’s next album is expected out in January 2019, and as he tells it, there will be added layers, added players, and a further development of his exploration of keys and chords.

Why did you take up piano?

There are videos of me as a baby pressing down notes on the piano in the house where I was born, so the reason I took up the piano is probably that there was a piano in the house! My parents were a very big influence in deciding to make music. They’re both very musical and my mother would sing children’s songs to me when I was a baby.

When I was six years old, we moved to Singapore where my father started taking piano lessons with a local jazz pianist. He encouraged me to go as well, so we would spend Sunday afternoons together in this music school. The lessons we’re always super fun. My teacher started the lessons by asking me how my girlfriend was doing, which I thought was funny at that age.

When we moved back to the Netherlands, I got more serious about playing piano and about jazz. I spent the rest of my childhood in The Hague, which was a really great place to learn jazz since there is such a strong traditional scene. I would go to jam sessions and concerts frequently as a teenager and I eventually started to play professionally as well.

What was the worst piece of instruction you received on piano or about jazz? What was the best?

Probably the worst advice ever was that my music could use a bit more dirt or roughness which my teacher advised me to achieve by living a rougher lifestyle. Like, rock and roll style. That sounds ridiculous to me!

I’ve gotten some great advice from many teachers in the past but the one thing that comes to mind is a teacher reminding me about how ‘time’ is a human invention, and that we limit ourselves in all the preconceptions we have about time. He showed me that there can be infinite time between two notes if you let go of everything you think you know about time. Maybe a clearer way to put it is: there are infinite possibilities of where in time you place a note. It sounds so obvious but at the same time it wasn’t at all obvious for me.

This really pushed my technical abilities forward and changed my artistic vision in music completely.

What do you like best about the trio configuration?

What I love the best about playing with Wouter Kuhne and Tijs Klaassen in a trio combination is that we sometimes get close to a perfect democracy in ideas. We really strive to create one sound with the three of us. Also, I’d like to state the obvious, that the sound of a piano trio is just so great. The harmony in sound colors is something I’ve always loved. The way the cymbals complement the bass and the support that the bass and drums together give to the piano or synthesizer; it’s such a complete sound!

What drove the decision to come together as a band?

I played in a quartet with Wouter and Tijs almost five years ago, and after that band split up we decided to continue to play as a trio. It happened quite naturally. We studied together in the same conservatory too. The band stayed together for all that time and we played a lot after we put out our first record.

Strengths of your drummer; your bassist?

Wouter is one of the first-call drummers in the scene in the Netherlands when it comes to jazz. He’s very versatile. I especially love his affinity with Elvin Jones, and his ability to play sabar, a traditional instrument from Senegal. He met a sabar master from Senegal who became his mentor, and he studies the instrument very seriously. The rhythms they play are ones he uses on the drums in jazz. I don’t know anyone else who does that like he does. (For people who are interested: we’re probably putting out a couple of recordings of Wouter playing sabar with his mentor and his son on our new album!)

Tijs is also a frequently asked player in the Netherlands. I admire his ability to play in tune and he’s extremely skilled with the bow. He’s also a great composer and I can learn a lot from the way he approaches composing. Usually when we rehearse a composition for the first time, he will say the right things to make it more like I had wanted it to be in the first place! 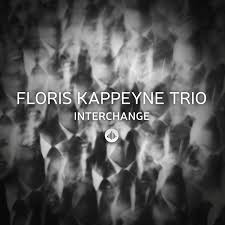 What one instrumentalist would you like to have as a guest performer? Do you have somebody in mind you’d love to play with?

I’m not very sure yet to be honest. There’s a classical singer in Holland named Nora Fischer whom I really admire, I hope that in the future we could do something together. I also love the playing of pianist Kaja Draksler. She’s a Slovenian pianist and composer I really enjoy listening to.

There’s another musician from the same Amsterdam scene that really blew my mind at a concert in the BIMhuis. His name is George Dumitriu. His playing on the viola is something I’ve never heard before. I’m not sure yet what type of collaboration could work with any of these musicians yet but just thinking about it is very exciting!

There are also some older and more famous from the Amsterdam scene like Han Bennink or Ernst Glerum whom I’d love to play with at some point.

Favorite small venue where you live and why?

It’s hard to pick one. There’s this small café right in the center of Amsterdam which has live jazz almost every week on Sundays called Skek. It’s a cozy place run by students. We used to have a monthly gig there with the trio. The place is very nice and when there’s music it’s usually packed with people. The only bad thing was that they didn’t have a budget for music, so at some point we decided to stop playing there. Sometimes we still do though; it’s a very accessible place to do one-time experiments with different groups of musicians.

Best part of the jazz scene where you live?

The best part of the scene in Amsterdam, or in the Netherlands in general, is that there’s a very vibrant traditional scene as well as a very vibrant free-jazz scene. For a European country, I think the Dutch scene is quite in touch with the source of jazz. At the same time, we have a venue called the BIMhuis which is basically a temple for free improvised music. The combination is great!

How would you say you achieve that lush, chill sound?

I’m not sure… I think that we’re going for transparency in ideas and that as a result the music sounds quite chill or lush sometimes. It’s a sound that we enjoy, although it isn’t the sound of the trio.

Which musicians have inspired or influenced you?

There are so many! My greatest inspiration coming from jazz music is in the playing of McCoy Tyner, Art Tatum and a piano player from New York, Sam Harris. He plays in the band of Ben van Gelder, a Dutch saxophone player who lived in New York for quite a while. Currently, I’m studying classical piano at the Conservatory of Amsterdam, so the pieces that I play by the great European classical composers are also huge inspiration sources.

What is the sound or mood you want to achieve?

I guess there isn’t really one sound or mood I’d like to achieve musically. However, we just recorded a new album with the trio and I do have the feeling there is a certain stylistic element that you can hear in all the tracks, although I’m not exactly sure how to put it into words.

I really like the idea of a very intense musical experience in a relatively short period of time. My favorite musical experiences were always the ones where I sat on the tip of my chair from beginning till end. By the way, I also love movies that have that same attribute. That was something I tried very hard to achieve in all the compositions on the new record.

Our debut-album “Interchange” came out in the summer of 2017. It was our greatest learning experience so far! And we just learned our release gig will be in Bimhuis!

As I mentioned we recorded a new album last week, which is to be released in January 2019.

Best story about the making of “Interchange”?

We got to record and put out the album on a label through a very shady competition that we won. The venue we played at was basically a Hard Rock café and the equipment they consequently had didn’t fit our music at all! Huge drumkit, an electric keyboard and an enormous bass amplifier. Basically, we were laughing about the whole thing when we started playing. Then suddenly we won! I’m still a little confused about how that happened, and it’s very comical that it resulted in our first album.

Upcoming gigs you are looking most forward to?

We’re going to do another two-week tour in March and April through Belgium in 2019, just like we did in 2018. I’m personally looking very much forward to these concerts.

There is something special and inspiring about playing every night. It’s also exhausting, but I feel that as a band we really grow the most during these intense tour weeks. Belgian audiences have the tendency to be super attentive and quiet during concerts, something that doesn’t happen so much in the Dutch jazz clubs. It’s an honor to have people listening so carefully to your music.

Place that your trio has always wanted to perform?

We’ve always dreamt of playing at one of the greatest jazz club in Europe, the BIMhuis. A dream come true— we will do our release gig there!

We’ll be releasing our second album in January 2019. I’m personally very excited about finally putting out this music that we’ve been playing since the beginning of 2018. It’s going to be much more than only piano trio music: there will be features for a synthesizer and guest appearances by some great singers; a choir and a classical soprano. This album is going to be a much more complete musical statement, something I’m very happy about.

Photos courtesy of and with permission of Floris Kappeyne.