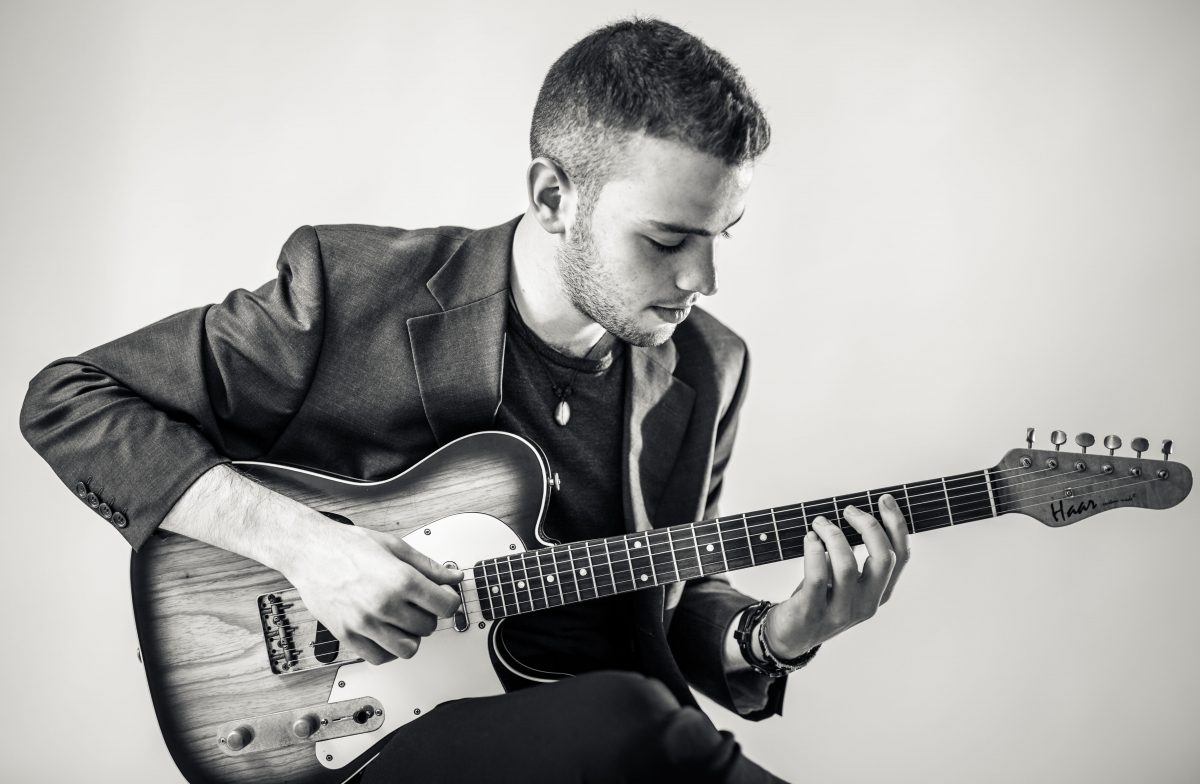 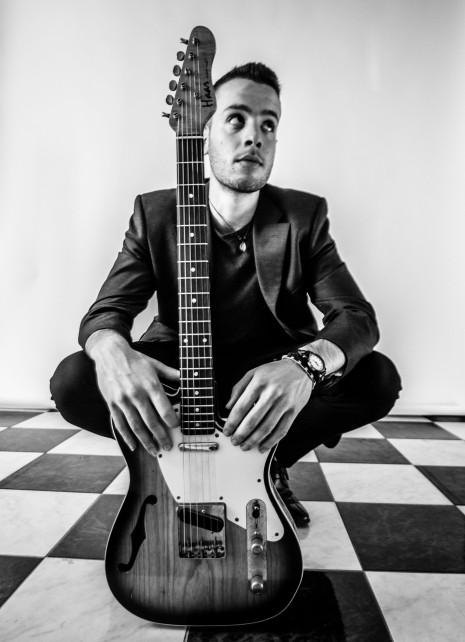 With a delicate touch, the first track of Tal Arditi’s debut album establishes the camaraderie between the ensemble who are really a few friends making music together. Arditi’s guitar sweetly rings out, the bass echoes the foundation of the tune and the drums keep or halt the movement depending on what mood is called for in this song, titled “One Step Behind.” They melody is ingeniously written to feature multiple re-starts that are interspersed with imaginative solos and a feel of ease, a comfortable walking pace and enjoyment of the pace of life. “My Dream” glows with an airiness from guitar and excellent backup from the other musicians. Nothing hurried or rushed; just the opposite. Later in the song the drums take it to another plane with rolling phrases and enough cymbals to push things a bit further, but all resumes to an ethereal finish.

What’s surprising is that this is the trio’s first album together and the songs are highly sophisticated, yet again, comfortable.

Your first memory of hearing the guitar?

When I first heard ‘’Led Zeppelin. I fell in love immediately with the way Jimmy Page played, So I wanted to play guitar as well.

What was the first jazz song you paid attention to?

The first jazz song I really liked was “Tenor Madness’’ from the album of the same name by John Coltrane and Sonny Rollins.

Where did you receive your formal music education and what was the most important thing you learned?

The same time I was in high school I got into a university in Israel called the Rimon School Of Music. I completed my diploma there. The most important thing I learned is that you improve the most when you are playing with other people.

What have you since learned on your own as a professional musician?

It is only the beginning for me, but from what I learned so far, maybe the most important thing, is to be kind to other people, and especially musicians. You can never know when and where you will meet them again.

Why did you name your new CD “Portrait”?

I named my CD ‘’Portrait’’ because for me this CD is a portrait of my two years in Berlin, and it resembles the experiences I’ve had here, the good ones and the bad ones. Also, it’s a live record, and I think you play the most like yourself when you are playing at a live concert.

What track was the most difficult to produce?

The most difficult track was for me track number 4, “One For J.S.” It’s a tune that I dedicated to two main influences of mine, Johann Sebastian Bach and John Scofield. This track is very difficult technically on the guitar; there are two separate lines I play at the same time. That’s a pretty song though, so it was worth it! 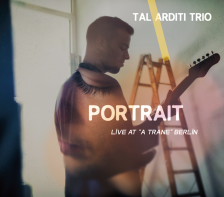 What song is the most fun to perform?

I like to play “Berlin Vibes” a lot, you can take it to different directions every time.

How do these songs differ in character, or is there an overall theme throughout?

The song are very different. Each song is telling a different story for me. “Berlin Vibes’’ for example is about my first impression of Berlin as a city. Or “Circles,” which is about a very intense period I had in my life.

Name your personnel and how they enhance the band’s sound and feel.

So I played the live recordings with two really amazing players, Tobias Backhaus on drums and Andreas Lang on bass.

Tobias is, in my opinion, one of the best drummers in Europe. He has a very deep understanding of music, he listens and is willing to go with you on a musical journey and explore. Andreas was the ultimate choice for me. He has a really big sound, and always brings a lot of energy to the music. I was really happy when they agreed to play with me on this album.

What are your favorite places to play in Berlin?

Where would you most want to perform?

I would really like to play in Asia, Japan in particular!

To be honest. And to be yourself.

How do you bring something fresh and new each solo?

I try to think with every solo that I play that it’s like it is the first time I’m playing the tune. The first time you solo on a new tune it is the most fresh one. Also, I try to think about a story that I want to tell trough the music. With that being said, there’s so much other stuff that affects your solo, for example if you feel good or bad, or the vibe in the place you’re playing as well.

Did you move from Israel to Berlin because of the musical opportunities?

Yes. Actually my parents moved to Switzerland, so I moved with them right after high school, stayed there for two weeks, and then moved to Berlin. I wanted to see what it was like to live alone in a big city.

What was your recent experience like at the “Jazz Ahead” event in Washington DC?

Jazz Ahead was really amazing and inspiring. I met so many killing musicians and made so many new friends. It was really two intense weeks of working on original music, meeting music promoters, and working with masters like Jason Moran and Dee Dee Bridgwater. I really recommend applying for it if you are under 25!

What is the most exciting part of participating in an international jazz festival?

Meeting other musicians of course! And also, when it is a big festival like Umbria Jazz, almost the whole city center becomes the festival. That’s beautiful and inspiring to see.

Hopes and dreams for “Portrait”?

That it will reach the hearts of as many people as possible!

Music is a blessing, and we must spread it!

Photos courtesy of and with permission of Tal Arditi. 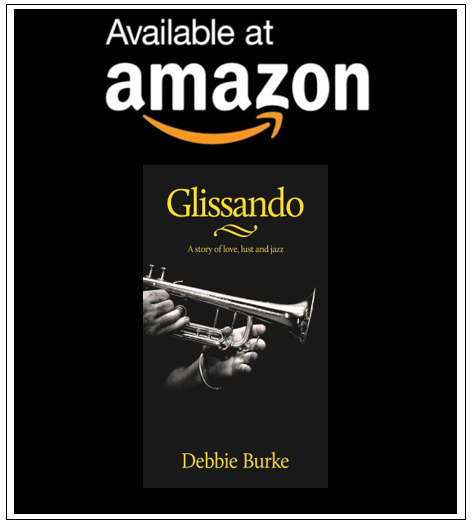