The shimmering sound of Jocelyn Michelle on Hammond organ pours out deep-blue funk on her newest album “Live at Viva Cantina!”

While the intro of “Sylvia’s Song” features a warm, edgy sax, Jocelyn Michelle’s organ solo is the stuff that vibey dreams are made of. An absolutely luscious cover of the familiar 60’s “Groovin’” is where she really gets loose and free. Sax owns the heady lead which Jocelyn backs up with the glassiest, sliding-gliding counterpoint. Bouncy, jumping “Englewood Cliffs” is an amazing original that she opens up; it features a quite-cool guitar solo with stellar ensemble accompaniment.

A melodic and harmonic winner, this CD can only be described as “feeling downright upright” – it gets under the skin and makes ya feel just excellent.

What do you like most about the Hammond; is it the funk, the difference from its cousin the piano?

I think what I love is the raw emotion and power that a Hammond organ can express. Everything from growls and screams to a whisper, and the incredible groove in the right hands!

Why did you take it up?

I’ve always been captivated by that sound. I remember hearing the Hammond stylings of Gregg Rolie, Jerry Corbetta, Jon Lord, Gregg Allman, Stephen Stills, Rod Argent and so many others as a young teen, and it made a huge impression on me. Later on, I started to hear what the organ could do in jazz and blues and I was hooked!

I played guitar for awhile in my teens and 20s, but realized that I was best suited to keyboard instruments and settled on the organ as my love and main axe.

What was the most valuable thing you learned about music from your formal education?

Wow, that’s a difficult question. Probably music and jazz theory are the most helpful things I took from school. I always had a good ear, but in school the theory classes helped me to put names to all the chords I was hearing and it all started to make sense. It’s also been very helpful in communicating with other musicians over the years, and in the past few years I’ve been doing all my own horn arrangements.

I don’t think I’d have been able to do that without some kind of formal education. I also met many stellar musicians at the University of Miami, and got to see some amazing shows. I remember one Friday morning when Jaco Pastorius dropped by the school and played a solo concert for the students. I sat on the floor six feet away from this legend! The Dixie Dregs used to play frequently at the school, and I would go to every show to try to soak up their musicianship and compositional skills.

What was the most valuable aspect of music that you learned on your own?

That’s an even more complicated question! When I first left school and started playing with local rock bands around Florida, it was intimidating. I quickly learned that playing in nightclubs was very different than being in a classroom. Nobody really cared if you knew all your alterations and scales – could you put on a SHOW? Could you sing and dance? I had no experience in that regard!

I also apparently didn’t fit the expectation of what a female rocker should look like – I guess I wasn’t blonde or buxom enough. So silly. Of course, now I have the life experience and self-confidence to know my strengths, what I am and what I’m not – and I’m definitely NOT here to live up to someone else’s musical expectations. Another very important thing that I learned was not to get too hung up on genres. There is room for many different influences in your musical makeup, and you have to keep your ears open! I happen to love soul jazz and organ groups, but I listen to many different types of music as well.

How would you describe your sound?

I think you can hear the influence of many of my musical heroes, going back to my teen years. I tend to wear my emotions on my sleeve, and for me music is the best way of expressing myself! I can say anything I want to without being censored. I tend to like complex, dramatic chord progressions, and music that expresses passion and raw emotion.

What was your first public performance like on Hammond? On voice?

My first public performance on the Hammond B3 was at a rock festival in the Fort Lauderdale area. Actually, I was jazzed. Back in that day, I played on a Korg BX-3 most of the time, so it was a thrill to have a real B3 as part of the back line.

I remember playing some Deep Purple and Steppenwolf tunes, and Green Eyed Lady. There were no volume restrictions, so I just let it roar!

What instrumentation do you favor with the Hammond?

I think the organist Charles Earland hit on the magic combination with organ, guitar, drums, sax and trumpet. That quintet format is still my favorite, and when I can play with the musicians I want it’s pure magic.

Where do you live and what is the jazz scene like there?

My husband (and guitar player) John and I moved to the Big Island of Hawaii five years ago. We had spent the previous 21 years in Los Angeles, and were just over the crowding, the traffic, the chilly winters and the air pollution.

Now we live on an island with an active volcano! But there are so many talented musicians in Hawaii, it’s just amazing. We have a nice little music community here on the Big Island, but not as many places to play as I’d like. But that’s a problem everywhere in the U.S.

Talk about choosing the songs that went into your new CD “Live at Viva Cantina.”

I had wanted to do a mix of original songs and covers that I really like! It’s a challenge to find a group of tunes that will fit together well. You want to mix up the grooves and the keys, yet have a certain flow to the album. The original tunes are some of the ones that I like best, and I think the covers are representative of my many musical influences.

Which musicians are featured on the CD and what do they each bring to the feeling of the music?

I really have to give a shout out to my drummer, Sammy K, who worked tirelessly to learn and chart out all of this material and give it his best! Sammy has a rock-solid groove and incredible chops, and tons of positive energy. He and Al Person, the percussionist, worked and communicated together so well. I’ve been playing with Sammy for about eight years now, and feel very comfortable with him holding down the rhythm section. After all, I play left-hand bass!

We were incredibly lucky to have Laura Dickinson as a guest vocalist on “Oh No, Could I Be in Love” and “One Note Samba.” She just brought the house down with her stratospheric improvisations!

We had two sax players, Bill Noble and Steve Mann; and two trumpet players, Andrea Lindborg and Tony Farrell. Each has his or her own unique voice and a different interpretation of the CD’s tunes.

Last but not least, my musical and life partner in crime, John Rack on guitar! John’s playing has an edgy, bluesy feel that complements my own musical personality. I’ve come to rely on his fine ear for sound, and what sounds good on a recording. John also has an ability to see the big picture and very good organizational skills, which are essential to managing a music career.

I would be remiss not to mention one other person, and that’s jazz organist Tony Monaco who I’ve been studying with since late 2013. Tony is the one who offered me the opportunity to record my CDs and has supported and encouraged me every step of the way. He also produced, mixed and mastered my CDs, so I owe him a tremendous debt of gratitude. 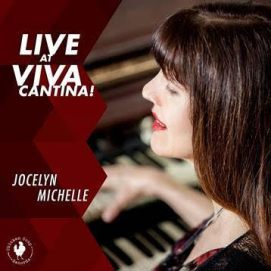 Which song do you think has the best hook?

Hmmm, do I write tunes with hooks? Probably “Oh, No, Could I Be in Love,” although I didn’t consciously set out to write a hit song. That one just kind of fell into my head, and I ran with it!

Is touring expensive since you live in Hawaii?

It all depends upon what we’re doing. Yes, it can be quite expensive, but there are some things in our favor. Since we lived in L.A. for so long, we know lots of people there. We have storage facilities for our gear both in L.A. and in Honolulu, which is on the island of Oahu. I’ve also become quite adept in using airline miles and hotel loyalty points, and we have a time-share in Honolulu that really helps to cut costs.

Your favorite venue on the islands?

There are several I must mention. On the Big Island, we have Gertrude’s Jazz Bar, which is a labor of love. It’s a beautiful open-air room with an oceanfront view, and live music six nights a week. On Oahu, we sometimes play at Jazz Minds which is a very hip spot. They have a larger stage and no volume restrictions like the open-air clubs, so it’s really nice to be able to open up the organ and play it the way it was meant to be played, using the full range of dynamics! The Blue Note in Waikiki is lovely as well, but I wish they had more jazz there.

Where would you most like to perform and why?

Right now, I’d have to say Japan. They love the Hammond organ over there, and there are so many great Japanese musicians. Some of them are just kids! But I’d encourage everyone to pay attention to the talent coming out of Japan.

What do audiences ask you the most?

Well, if I’m playing the B3 that night, that must be “is that a REAL Hammond B3?” If I’m playing my Hammond SK2, which goes up stairs much more easily at 35 pounds, people want to know what that is. I’m happy to share what knowledge I have!

I’d like to get some more festival bookings, and to keep recording new music!

It’s at times like this that I feel incredibly lucky, when I look back at just how very far I’ve come. I’ve also had a lot of help and support, which I didn’t fully appreciate when I was younger. But I sure do now.

Photos courtesy of and with permission of Jocelyn Michelle. 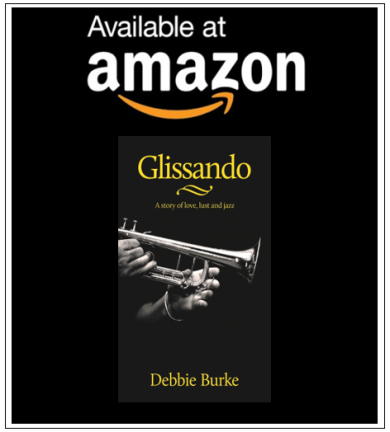