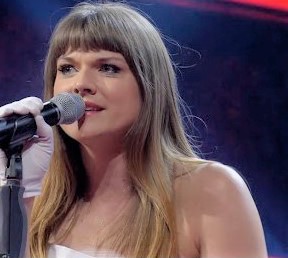 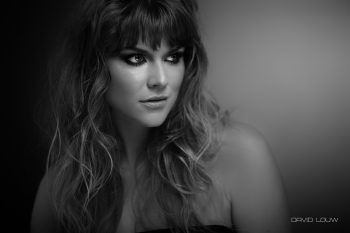 With ease and style, singer Chloe Clark of South Africa can belt out song, tell a story and tug on the heartstrings all at the same time. Her new CD, “She Encountered Wonderland,” was launched this month, which is International Women’s Month. No coincidence. Clark believes in showing strength and her particular method is to sing it out, loud and proud.

The title track is gentle and sweet, showcasing the sugary high notes with a light waver while giving breathing room to fantastic instrumentalists on both guitar and piano. “Falling” is satisfyingly bluesy and complemented enjoyably by a Fats Waller approach on keys. The Latin-flavored and rhythmically held back “All About You Now” is another emotional song. Clark has no hard edges, curling her lovely voice around the notes like dipping fruit in chocolate.

When you say you got started at 11, was that your first public performance?

My first public performance was at a school talent show. I had just learned one of my favorite songs on the piano and I roped in a couple of friends who formed a little choir while I sang and played.

Did you always have the confidence even at that age?

I definitely got the jitters then. Now, I find myself craving the stage if I haven’t been on it for a couple of days!

How would you describe your voice?

I would say my voice has a split personality… when I sing jazz I definitely approach the song differently than when I am singing pop/country. Some call it loud, I prefer the term strong!

This is one of the trickiest, most stressful and most important things. I specially did my post-grad in vocal technique as I had so many singer friends who were performing so often that they struggled to maintain their vocal strength and health.

I try to stay hydrated and I never drink cold water before I sing. I use a nasal spray during allergy seasons. I try to find time to warm up before and after a gig, and I try my hardest not to go out to places where the music is very loud as I hate to shout during conversations.

Who are some of your favorite collaborators?

My all-time favorite is my jazz pianist and producer Burton Naidoo. On New Year’s Day this year I met a man from India, Arjun Gupta, who has created the most wonder space for artists in Delhi. Arjun and his incredible band invited me to do a show. It was the most spectacular event and always a treat to perform with quality jazz musicians from around the world.

Your favorite clubs to play at home?

Our local university holds jazz nights on a Wednesday. It’s always so special being invited back to my roots to come and sing. Another favorite is The Chairman, which is actually where I shot one of my first music videos (“Hey Darling”).

What is the jazz scene like in South Africa?

The jazz scene is subtly active in South Africa. There aren’t many venues, but as artists we are often creating events and shows. If you are an active jazz lover or player in South Africa, you will find good music.

Where would you most like to perform in the world?

Anywhere and everywhere I can find beautiful listeners! I would LOVE to perform to a massive crowd at St. Paul’s Cathedral backed by the Philharmonic Orchestra while singing “Route 66” and “I’ve Got You Under My Skin”!

Your launch will coincide with SA’s Women’s Month. Why?

I thought it would be wonderful to showcase women following their dreams.

Talk about the new CD.

I recorded in a studio just outside of Durban, South Africa. We launched the album on a rooftop.

It’s already become the talk of the town over the last few days. We have markets on social media platforms, local newspapers and radio stations, and we are rather busy in and around Durban for the next month. I will then start to plan tours to the other major cities in SA and target jazz festivals locally and internationally.

We believe this album is perfect for movie sound tracks so I will be on the prowl to get it plugged in!

How did you select the music?

The album title is “She Encountered Wonderland” and the music is based around various encounters I have had over the last few years, including, more recently, having a whirlwind romance and marrying my lovely fella!

Which song was the most difficult?

“Hey Darling.” We did a new version of it and it’s so tricky to get the original form out of your head, especially after having sung it a certain a way for so many years!

Which was the most fun?

“Falling.” This is a simple but exciting song. It’s just piano and vocal. Burton Naidoo rocks out on a honky-tonk and it just can’t help but make you full of joy.

What was it like to perform at the Durban Botanic Gardens?

It was just the most incredible! There is a certain kind of magic when you sing with a philharmonic orchestra. Pair that with nature and you’re in for a real treat!

What is your top favorite instrumentation when you perform?

It would definitely have to be big band! Full brass section touches every piece of my soul!

What do you want people to know most about your music?

The thing I want most from my music is for it to infiltrate into people’s worlds and create peace and love. Music can change an atmosphere and I would love for my music to reach and touch people.

Photos courtesy of and with permission of Chloe Clark. Second photo (c) Tony. 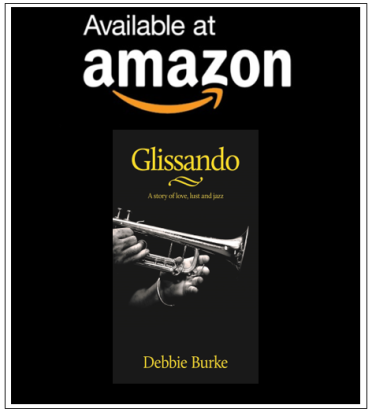