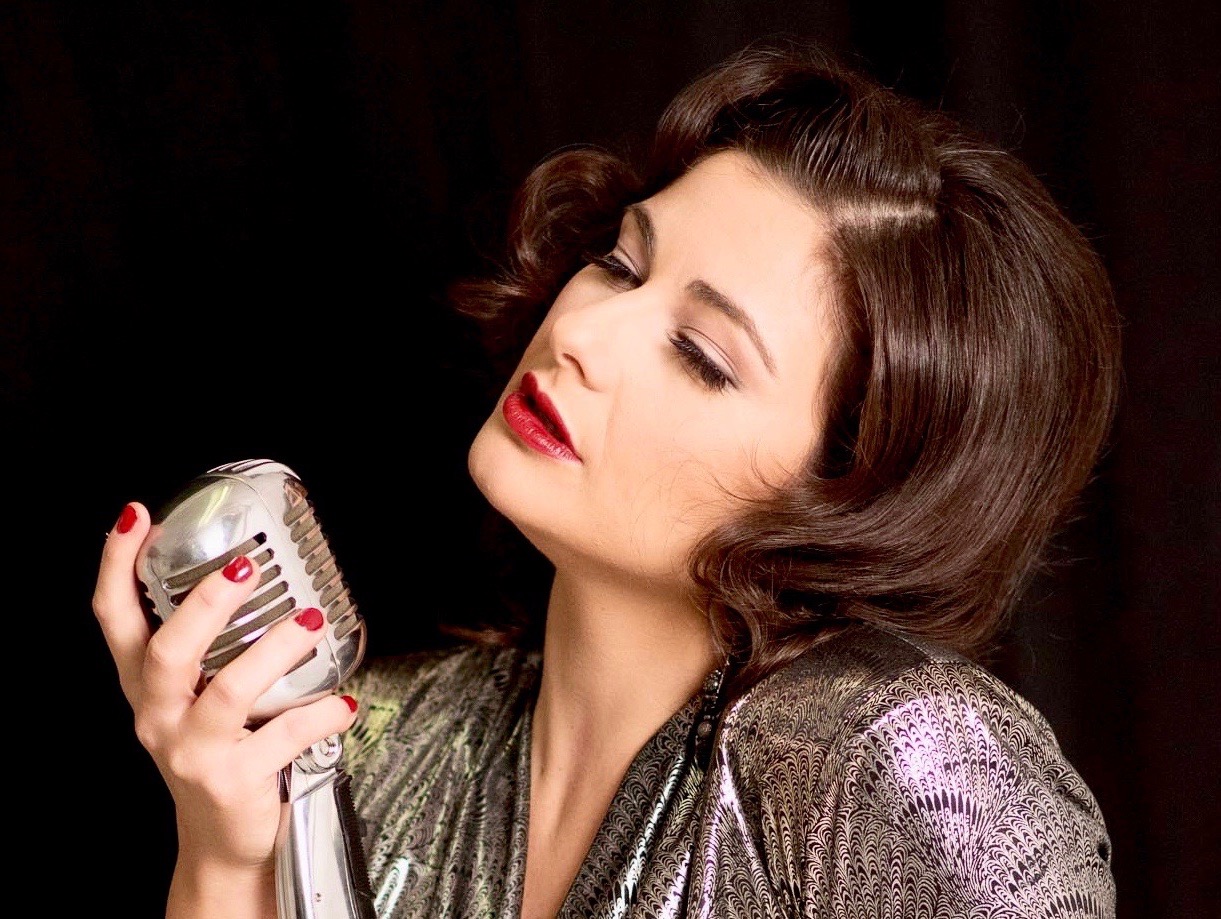 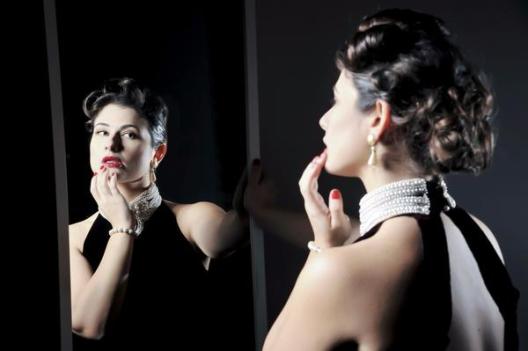 Delicacy, sweetness and light soon give way to pride, sass and attitude in Viviana Zarbo’s title track of her new CD, “Take Away.” Her vocals fill the air, adorned gracefully with just the right vibrato, whether she’s lamenting losing her grasp on love or becoming smitten. Typically singing in a mid to high register which she masters with ease and style, how low can she go just depends on the need for more texture in a song, and she excels just as strongly at the bottom of the vocal spectrum. The swaying-in-the-breeze quality of her presence in the track “Corcovado” is a perfect adjunct to the brushes in the background. Zarbo offers a zesty rendition of “After You Get What You Want” and she’s expansive and celebratory in “A Fine Romance.”

“Take Away” is a melodic love affair and a stunning addition to the Zarbo discography.

What is the first song you remember singing publicly?

Thanks for this question. It reminds me of when I was in primary school singing for the Mother’s Day show a song about Mum! Apart from this, my father took me to my first open mic when I was a little girl and he said, “Why don’t you have a go at singing?”

I was really shy that time and the only song I knew was called “Scende la pioggia” (The Rain is Going Down”) sung by the Italian singer Gianni Morandi.

Why did you turn to jazz?

Everything started the second year I was in London. I have been blown away by the live music scene in many corners of the city, and by the vintage atmosphere. Day by day, I discovered the songs from the golden era of jazz, and wanted to re-live that era through my voice, my interpretations and my feelings.

Every time I sing or I listen to a jazz standard I feel I want to be re-born in that era!

Your new album “Take Away” just launched. How long was it in the making?

I started to work on this album at the end of 2016. The first step was choosing the songs and defining the reasons for selecting them. Then the style, the feelings and the idea of the arrangements. Finally, on the 27th of April 2017, I had my first recording session!

How exciting is it to finally reach this point?

It’s very exciting because you can finally say, “I am somewhere in a little corner of the world of music and if somebody wants to find me…here I am!” But at the same time it’s just the first step, a stepping stone. I feel like everything is just starting now!

When you chose a theme of “dissatisfaction” and craving for something more, how do you these songs reflect that?

One of the main motifs of my album is the “desire” – longing for something or somebody you don’t have, in general. I’ve found there were some famous standards as well as not very well-known songs written in the 1930’s and 40’s which are all about this topic; for instance, the song “If You Were Mine” was one of the first songs that I discovered by Billie Holiday which inspired me to express this “desire.” Then, once you realized you’re dissatisfied because, maybe, you haven’t reached your goal, you can just work hard to achieve that goal in your life.

Do you feel that if we finally get what we have longed for, is it always bittersweet, or is there satisfaction?

This is the crucial point of the album: the dissatisfaction is the reason why you work hard and achieve your goal but probably “after you get what you want you don’t want it” to quote the song written in the 1920’s by Irving Berlin, which inspired the whole album. If you are thinking of the next step, of another thing you don’t have, sometimes you don’t even enjoy the moment of your triumph.

So, all the desires you had leave you with an awareness of being“glad to be unhappy” (another song on the album), but in a positive way. 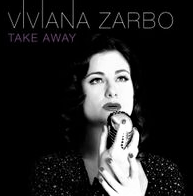 What are some of your favorite tracks on it?

Each track represents a different side of my persona. Maybe my favorite song on the album changes according to my mood. However, I can relate a lot with this Italian song – apparently very funny – called “Ho un Sassolino Nella Scarpa,” which means “I have a pebble in my shoe,” which talks about all the annoyances during our life journey represented by a metaphoric little stone in the shoe while we are walking!

What has been the initial response so far?

For starters, the album launch event on the 26thof May at Pizza Express Jazz Club in Soho was a wonderful gig. There was a crowd. The audience really appreciated the songs and also the stories behind the songs. I enjoyed that day and received very nice reviews.

This is the most important thing for me: telling stories through the songs and the music, and sharing them with others!

How will it be marketed?

It’s being distributed by 33jazz record, a lovely label based in London. The physical copy is available here and my website, and it’s also available through iTunes and  Spotify, Amazon and many others.

What do you look for in an ensemble?

In jazz, what I really like is working with musicians who can express their personality through the instrument they play. I like the harmony and the creativity.

How did you come to collaborate with Richard Shelton?

I saw Richard singing for the first time at the Ronnie Scott’s in London, and I fell in love with his singing and his storytelling through the songs.

He is a wonderful artist. He played the role of Frank Sinatra in the show “Rat Pack Confidential” on London’s West End, and he’s running a show called “Sinatra and Me” around the world, as his inspiration comes largely from Sinatra. Having him as special guest on one of my shows was an honor. I asked him very shyly if he wanted to be a guest in my show, and he was absolutely happy to be there! I really enjoyed singing with him for the album launch gig.

Talk about your personnel on this album and why you all blend so well together.

Since I wanted to celebrate the Golden Era of the Jazz through all the composers and the divas of the time, I’ve been looking for musicians who could do the job with me. I wanted to re-live an old-style sound and feeling in a contemporary setting.  I would like to thank Renato D’Aiello for welcoming us at Ronnie Scott’s and for producing this first album with a top band with world-class arrangements. He also played the saxophone and arranged “Take Away” with Mark Bassey, a wonderful trombonist. He put the band together and strove to have very high-quality jazz musicians.

I would like to mention and thank Renato Chicco (Jon Hendrix and Henry Bergonzi, pianist), Nicola Muresu, Alfonso Vitale and David Warren for making the music wonderful with their touch!

Besides venues in London, where else will you perform this year?

London is my musical home, but I can’t wait to explore new venues and places in Europe and beyond. I have a lot of exciting news in store, but l would like to keep it a surprise for now!

What is the most magical thing about making your living through music?

It’s telling stories and sharing a part of myself in every single word and sound I make.

Working with the music is such a great privilege for me, because we use our feelings and emotions. You can share joy and pain in one of the best expressions human beings are capable of.

What should people know about you to better understand your music?

At this point of my career, my music is just an honest and genuine love for the music I sing.

It’s a very simple story. I came to London a few years ago to challenge myself, to know myself as an artist, to find myself a spot in the world.

I have a musical theater background that I still love, and I am happy to have it, but after I discovered jazz and the chance to sing jazz I’ve realized I was connected with that world.

When I sing it I feel that connection, and I also admire and respect all the great artists who revolve around it.

Hope you will enjoy!

Photos courtesy of and with permission of Viviana Zarbo. 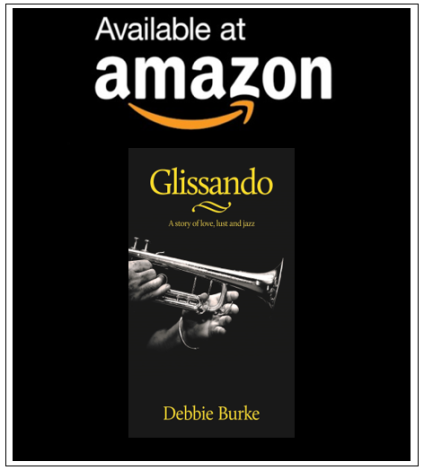