A lyrical guitarist and a skilled storyteller came together in life and in music. The sweet and sassy result is what makes the ensemble As Is lovely and listenable.

Their latest CD is “Here’s to Life” which presents smoothly aged classic songs from a wide variety of artists, masterfully mixing these favorites into a tasty, new blend that we want to imbibe appreciatively from.

Vocalist Stacey Schulman dances in, around, above and below the melody of “Willow Weep for Me” with – on point – syncopation, and her cover of Stevie Wonder’s “Overjoyed” has reinvented this stunning song to a lively and textured effect. Guitarist Alan Schulman’s light touch and subtle richness are the perfect complement to his wife’s vocals. On “When October Goes” he instinctively knows when employ a mellow arpeggio and when to open into a strummed chord. The blending between them is seamless, but with interest and surprise. If one says to the other, “Yes, but do you really LISTEN to me?” their music most definitely proves that they are both superb listeners.

We can agree that this collaboration works. “Here’s to Life” brings us into that journey.

When did you get your start as a duo?

We began shortly after we started dating in 2005. As musicians, we both had our own things, Stacey as a BVox vocalist in NYC, and myself in a more traditional jazz trio with upright bass and drums. The first thing you explore with anyone you try playing with is–can you sound musical? In our case, we started with some common standards that we both knew well, like “Over the Rainbow” and “Night and Day,” and once I heard the pipes she had, I was like, yeah…let’s do this.

What are the rewards of working together?

This is going to sound a little sappy, but when you’re in a relationship with someone you also make music with, it adds another dimension of empathy and vulnerability that helps you reconcile the tough times as well as celebrate the good times. That’s true love.

We live together 24/7, raising kids, singing them to sleep, driving them to school, all of the crazy whirlpool-of-life stuff that parenting throws at you that also presents you with precious little cracks in the seams of daily life that you have to use to surface new tunes, try new things and teach life lessons through the melodies and lyrics of music. It’s truly another dimension to the notion of “Married with Children.”

Some of the same stuff.  Finding the solitude amidst our daily lives with kids and family obligations to create the intimacy our sound requires – it’s one voice and one guitar – two naked instruments trying to come together as one musical form of expression, and it’s hard to do. It requires a lot of silence to really listen and hear the nuances of a tune and get the expressiveness that will make it something more than just another cover of a standard. It also requires groove, and with just a guitar, Alan often has to comp his ass off to really get it swinging.

That’s the challenge of any duo: how do you transcend the solo and accompanist thing.

What inspired “Here’s to Life”?

We recorded our first CD “A Love like Ours” on kind of a whim while we were living in Italy in 2012. We had the quality time to rehearse, work up the tunes and then arrange what we wanted to do. Still, it was a quickly done, self-produced debut that we wanted to have a better crack at.

So around 2015, when ours kids were off to school, we decided we wanted to take a mix of tunes we each independently loved and do them for each other. Kind of a here’s my list, what’s on yours?  Then we had to reconcile how to put them together to take the listener for the right kind of ride and create a journey of sorts.

In our case, we didn’t set out to create a “jazz” record, we were inspired to record tunes we both love and that are a reflection of our life and marriage, then see what comes out. Then we worked closely with our producer James McKinney to put them together in a way that didn’t just sound like what Alan calls RAM – Random Acts of Music – but a journey through the love and loss that life puts us all through; and celebrate that.  It isn’t a life well-lived without all the joys and sorrows along the way.

Describe the highlights of composing/producing this.

It’s so satisfying when you have a great studio, a great engineer and a great producer behind you so you can just focus on your craft.

In Alan’s case getting the accompanying right, and in Stacey’s case bringing her voice and unique interpretation to the lyrics. Together we got this level of intimacy and communication going that when we’d glance into the booth and see the look on the faces of both our engineer and producer, we knew we were putting down something special.

That’s the great part of being in a more controlled environment like a studio. You get to focus on the emotion of your craft and leave the technology to the pros.

There’s also something inspiring about working with material that is well-known and finding a new way to express it, like pulling out the guitar riff from The Crusader’s version of “Street Life” and creating a vocalese motif to breathe new energy into an old tune.

There were definitely moments that stand out, especially when our guest artists came in to work with us – hearing the moan of Gregoire Maret’s harmonica for the first time as he laid down the intro to “It Ain’t Necessarily Too Late for Love” or trying to choose from EVERY take that David Binney put down for us on “Save Your Love for Me” or swinging hard with the rhythm section when we recorded “In the Name of Love.”

Which do you think is the stand-out track?

Alan: “A Night in Tunisia” has this vocalese thing that our producer James McKinney brought that’s really different from the myriad other versions. I also think the title track “Here’s to Life” is very special, as is “When October Goes.”

Stacey: The standouts are “La Belle Dames Sans Regrets” and “Some People’s Lives.”

Why did you choose to breathe new life into standards?

We didn’t think of it in those terms, we just said, okay, these are the tunes we love and wanna do, now how can we either make them fresh again, or pay tribute to what they were – that people have perhaps forgotten – and give them new life?

It was very hard to take a tune like “Here’s to Life” which is Shirley Horn’s sign-off and try to give it new life. It doesn’t need it. But it so embodies what our lives together and Stacey’s struggle with Lyme Disease have been about. What we decided to sort of pay tribute to Shirley and the tune by re-releasing it in the spirit she did it in rather than rearrange it.

How would you describe your sound?

Vocals— Stacey, what was your very first public performance like?

For me it was thrilling and frightening all at once. I’ve been performing in front of large crowds since I was a child, but when Alan and I did our first gig together it had been a few years since I’d performed while battling Lyme.

The disease messes with your memory and without rhyme or reason. I can forget lyrics I’ve sung hundreds of times before. It’s infuriating but an unfortunate manifestation of the illness.  I remember sitting in my car in the parking lot of a shopping mall the day before the show, relentlessly trying to drill lyrics into the grooves of my memory. In the end, the show went off nearly perfectly, the crowd loved it and it was the rush we both needed to keep working at it!

It was so affirming, like why hadn’t we been doing this for years? We were able to create some great intimacy in a fairly large room – Toshi’s in Manhattan – and we had the very talented Matt Geraghty on upright bass sit in on a few tunes, and that’s when we knew we could really mix it up and bounce from the intimacy of our duo thing to add texture and more groove with other players.

Name some of your favorite collaborators?

I would say our favorite collaborator is our producer and arranger James McKinney. He is well-versed in so many genres that we can bring him the skeleton of a tune and arrangement and he just knows where to focus in, whether it’s amplifying the intimacy of the tune or embellishing our idea with a more expansive treatment of vocals, strings, even instrumentation.

It was also a true privilege to have greats like Gregoire Maret on harmonica and Dave Binney on alto sax lend their phrasing and emotions to the solos they did.

We were blessed to have them on the CD along with the vitality and spirit of drummer Marcus Baylor.

What has been the feedback so far?

Just magic. We had over a thousand people turn up to see us at the show in Arpoa, Goa, India as part of the Goa Chill Out Festival in India. We’ve had tremendous reviews from some great jazz writers like Dan Ouellette at Downbeat Magazine, the great jazz writer Scott Yanow and in the UK from Jazz Journal’s Bruce Crowther.

The most fulfilling for me was having my former teacher and Chicago jazz giant David Bloom give the CD such high praise. He’s worked with hundreds of guitarists and vocalists, so his praise was a big one for us.

What track is the most unusual?

What is the hardest thing about being jazz performers today?

Being put in any genre is limiting. We embrace our jazz heritage and our hearts are all the way into performing swing rhythm, but we’re not a jazz act in the improvisational sense.  We perform jazz standards and stretch out a bit to improvise, but we resist the whole genre definition thing. So much of what we’re trying to do is just be musical.

Gotta be Stage 3, the small stage at Rockwood Music Hall in NYC. It’s a really small room with such an intimate sound when you bring the dynamics down. We’ve recorded some great live shows there.  A great little room to be sure.

The Triad Theater in NYC. It’s more of a cabaret-style theater but has a proscenium stage that really projects out to the crowd.

Alan: Joe Segal’s Jazz Showcase in Chicago. Just a legendary club that has hosted so many great acts over its 60 years.  We would of course also love to play the Venetian Room at the Fairmont in San Francisco; it was Tony Bennett’s hometown stage and so many great acts have graced that stage.

We’re trying to move people one listener at a time. If even one tune we perform helps you feel or cry or sing out or just tap your toes, then we feel like we’ve given something to the world beyond what we’re giving each other in our marriage – which is the gift of music to each other and our kids.

We’re also donating funds from the album to the International Lyme and Associated Diseases Educational Foundation to help train doctors to recognize and treat Lyme disease, and we have a program in place that allows fans to buy CD’s for Lyme patients who can’t afford to spend funds on music.

Music heals and we’d like to think our music can be part of something bigger to help others.

Photos courtesy of and with permission of Alan and Stacey Shulman. 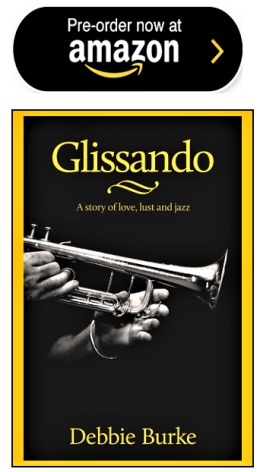