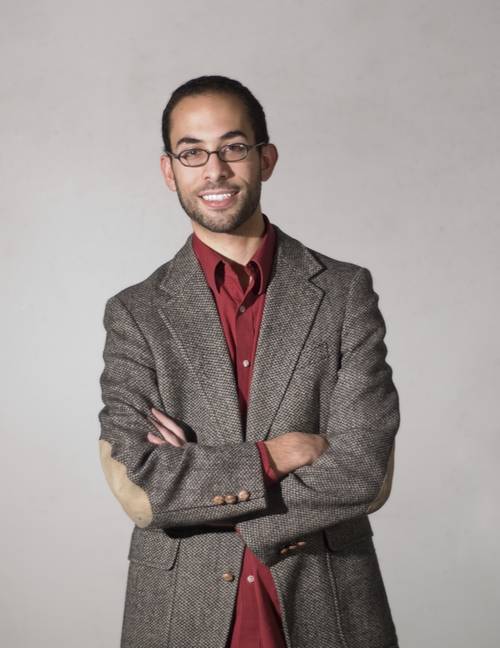 A subtle increase in pulse imbues the new song “Reminiscence” with more energy, but pianist Ben Geyer (of the Ben Geyer Trio) slices through it with a thoughtful bridge that is stirring and imaginative. Drums soon take back the rhythm, whipping up a froth, until a return to the theme hands us back to Geyer’s pianistic literacy.

The title song of this CD (“The Acadian Orogeny”, named after an ancient tectonic event), is aptly intro’d by excitingly creative romps and rolls on the drums. On piano, many micromelodies start and stop; tight intervals are pounded out, grinding against each other as Earth’s plates might have, telling more of the planet’s story. Then, exemplifying both grace and intelligence, Geyer’s bounce on the Coltrane classic “Giant Steps” is a delight.

This is an album that shows aural flexibility, and a naturally beautiful interplay among three stellar musicians.

When and why did you start piano?

I started playing when I was 8, after my mom found me playing when she picked me up from a friend’s house. My parents got me into lessons immediately.

What appeals to you about the instrument?

The piano is an incredible tool for exploring how music is put together. More than any other instrument, the keyboard lays out a map of pitches in front of you.

I also love the way you can shape the sound of the band at the piano by filling out harmonic and rhythmic ideas. Great players like Peter Dominguez (bass) and Zaire Darden (drums) know just how to morph what they play to bring those ideas to life.

Do you prefer small ensembles or orchestras?

I’ve always enjoyed smaller ensembles. I just finished my first year directing the University of West Georgia Jazz Ensemble, and it’s been great so far. I can’t wait to keep developing this larger band as a kind of extended instrument, and I’m sure I’ll start writing for it soon.

Two sides of a coin: you don’t have to be formally trained to be a great musician, but music can be learned.

What did you have to learn by yourself?

I’ve been lucky to have formal training, and it gave me a toolbox for learning and understanding music and for technically executing what I hear. But I had to learn how to sound like myself as a player.

As for composing, I never took lessons beyond a few classes in college, so I’ve had to just try things and see how they go. Sometimes the best way to learn is to write something that just doesn’t work. You’re either going to take it out of the book or revise it, and you learn either way.

What have you discovered about the Atlanta scene?

I’ve only had a few gigs in Atlanta so far, but it’s already clear that there are tons of people around here who can really play, and could easily be successful in New York. I’m looking forward to playing with more people who can push me the way Peter and Zaire do. There also seems to be a good number of really nice venues and a receptive listening public.

I’ve slackened my pace of performances for the past few years because I wanted to finish my Ph.D., so I’m also looking forward just playing more regularly.

“The Arcadian Orogeny” sounds mystical. What is the title of your new CD a reference to?

It’s actually geological, not mystical. The Acadian orogeny was a mountain-moving event that stretched from roughly New Hampshire to Kentucky. That’s the same path as a move I made the day after I finished the piece with that title.

How many tracks on this and are they thematically interrelated?

There are six tracks, and they’re all stand-alones. But even though they’re not related, it’s interesting how performing them in the same room with the same people and production turns the music into a cohesive product. I was initially concerned about how the album would flow, but I’m really happy with how it turned out!

Which two songs are the most dissimilar?

“Movable Cogs” and “Five-Tone Blues” have very little in common.

“Movable” is mostly composed out except for a relatively short improvised solo; “Blues” is a framework that we’re using specifically to promote a spirit of improvisation (because it’s a short, repeating form and we know it so well).

Beyond that, the moods are different: “Movable” is so serious, and “Blues” is loose and fun.

How do you keep your compositions fresh?

This is hard to answer, but I have three thoughts. First, I try to write what I hear, which involves being disciplined enough not to settle for whatever patterns come to me through sheer habit. Second, I try to figure out what each musical idea is all about and pursue it according to its own needs. Third, I try to listen to a lot of different music and find things I love about all the sounds I take in.

Do you have a favorite structure or meter when you compose?

There are certain harmonies that I’ve found myself gravitating towards. I use a lot of bright, shimmery voicings that have no tritone (some examples are G/C, Fsus2/A, and E/C). I have plenty of 4/4 in my music, which is always a comfortable, metrically resolved place for jazz musicians. And I try to respect the second-line march beat jazz rhythms that define the tradition.

Your music seems very classically influenced, and you are a fan of minimalism. Do you think this makes your music especially clear and honest?

I think any type of music can have clarity and honesty. A favorite example is the footage of people singing on their porches in Kentucky in the documentary Harlan County USA. I’ve rarely heard performances that are so expressive.

When I was an undergrad, Steve Reich came to the Frost School of Music and coached a bunch of groups of students on his music, and the final concert definitely made an impact on me (though I didn’t participate beyond listening).

But I’d say that the most direct influence of the minimalism in “Movable Cogs” is the great jazz composer John Hollenbeck, and particularly his group The Claudia Quintet.

What do you want people to most know about this new album?

There are two aspects of this album that stand out to me. First, I think the compositions are ambitious in a lot of ways, and their formal scale is pretty large. That gives some of the pieces an element of journeying that I enjoy in music.

Second, even though this is composition-heavy, I’m really proud of the improvisation throughout the album. There are a lot of moments when I listen back and can say, “That was truly in the moment, and that particular moment has never happened before.”

Talk about your personnel and how you mesh.

Zaire Darden has a lot of energy and a sense of freshness in his sound. He’s steeped in the tradition, but it’s exactly the modern version of that tradition I want to hear on this music.

Peter Dominguez is an impeccably solid bass player. The feeling of support that he provides makes it possible for me to play freely, without worrying. I should mention that his arco bass solo on “Movable Cogs” is absolutely gorgeous.

What was the high point of producing this CD and how long in the making?

The album took about a year from the first rehearsal to the release, although in some ways it represents many years of preparation.

I think a high point was the moment we started playing in the studio, with all of the microphones set up and a whole bunch of video equipment around that I’m not accustomed to. That’s the moment when you have to put all of your concerns and anxieties to the side, relax and just trust your preparation. That’s freeing.

What was the biggest challenge?

Because this album was only one of the many things that I do, the biggest challenge was time. This was my first year in a new job as a professor, so I’m incredibly busy. As a one-man, independent operation, I handle everything: music stuff but also graphic design, booking, promotion and whatever else needs doing. I had to stay really organized to make sure I made time for all the things that go into an album release.

How does it feel to “set it free” – do you ever feel you can keep tweaking and perfecting and re-writing?

It feels great. I’m really happy with the product! Any time you have a limitation on studio time (which is basically always), there are inevitably problems that you have to address in the post-production process. But all in all, this is a clean recording and I’m really satisfied with the performances that we caught. There’s a point where you have to accept that it’s too late for tweaking, perfecting and rewriting; I’m well past that point for this project!

What was in your mind/heart when you wrote “Reminiscing”?

I wrote “Reminiscing” just after I finished all the work involved with the release of my last album, “The Narrative”. It had been a period of non-stop work where I was either doing business-related tasks, preparing musically for the performances or driving around the Northeast for the tour. I wrote it in the first moments of quiet at the piano, and I think it definitely reflects the unwinding that I felt after all that intensity.

Incidentally, I’m just about to finish another very similar period of work. I hope that my next chance to compose will lead to another nice piece—I really like how “Reminiscing” turned out!

What did the launch of this CD consist of?

I’ve released beautiful music videos, produced by Istvan Lettang of ECLIPP, for each of the tracks of the album—four are currently available on YouTube. I followed that with a set of album release shows. The first was in Cleveland, near where I recorded the album, at a great venue called the Bop Stop in addition to playing two shows in Atlanta, at Café 290 and the upcoming performance at the Velvet Note (June 10).

The album is available on Bandcamp and all the usual music services (iTunes, Spotify, etc.).

I’m so happy to be sharing this music. I hope you enjoy it, and share it widely! Thanks, Debbie, for taking the time to write about this release!

Photos courtesy of and with permission of Ben Geyer. 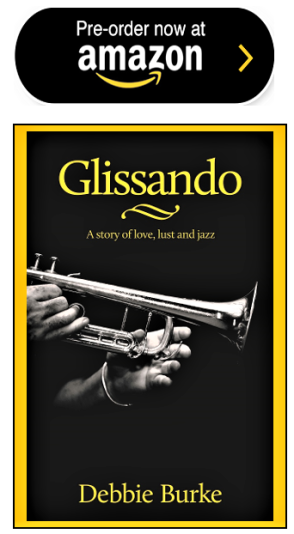