Roberta Piket wears the Great American Songbook like it’s her second skin, but has the versatility and curiosity to pull off free jazz and something even less often heard: jazz chamber music. She’s also had the rare honor of being asked to play on a Lionel Hampton CD and clicked immediately in a collaboration with the no-nonsense musical icon Marian McPartland.

Swinging like a fence in the wind on “Mentor” from her latest CD “West Coast Trio,” Piket’s piano is confident and tuneful. The bouncy phrasing on her intro to “Flor de Lis” gets the audience ready for adventure. The track “Conception” starts off with punctuated percussion and then Piket and guitar fall into a rich, colorful unison; a blending that makes a lot of sense. While “Windmills of Your Mind” starts with wistfulness, Piket picks it up and flies through time with an imaginative solo.

Why does the Great American Songbook resonate with you?

For one thing, the melodies of those songs are so strong, you can musically manipulate them in many ways and still retain the character of the original. I also love good lyrics, which are increasingly hard to find.

The standard of lyric writing was at its highest during that era. There’s a probably a psychological resonance as well, in that I learned many of those songs from hearing my mother sing them around the house and reading through her vintage (to me) sheet music.

When you started piano lessons at seven with your father, was that your idea or his?

I don’t remember exactly but I think it was something that was just understood. My father was a professional composer who was also an accomplished pianist, violinist and conductor. Music was just a fact of life for me from a very young age.

One of your early achievements was becoming a finalist in the Thelonious Monk BMI Composers’ Competition. Was that a surprise to you?

It was the first year they ran the competition, so I didn’t know what to expect.

How did you come to be asked to sub on Lionel Hampton’s CD?

A friend of mine, a great trumpet player named Patrick Rickman, was playing in Hamp’s band. I played in Patrick’s band, and there was one gig with Hamp that the regular pianist couldn’t do at the last minute so Patrick recommended me.

I think I only appreciated lately what a great favor he did trying to hook me up. Most players back then helped their male colleagues, their buddies. So what Patrick did in breaking that mold was almost revolutionary for the time.

Anyway, Hamp heard me and he liked me. He called me a few days later to ask me to play on his new recording. I ended up helping to produce it because the producers didn’t know a thing about music. I think they were lawyers from New Orleans.

As it turned out, it wasn’t a very good record for this reason. They brought in all these now-forgotten pop stars. But there were a couple of nice tracks – Roy Haynes, Wallace Roney and Ron Carter played on the track I’m on. So playing with them was a treat.

I think it was a hard time for Lionel because he was already quite old, in his late 80’s if I recall. I remember being in his apartment on the Upper West Side and people were constantly calling him and badgering him about this and that, since he was still pretty famous then. I remember we were eating lunch and he got about the umpteenth phone call that day, and he looked so depressed. He said something about being tired of it, and I replied, “Let’s play” and his face lit up and he said “Yeah!”

What did you learn from him?

It taught me to know my own worth and what I was capable of. I not only played on the album, I helped edit some of the tracks (which were later mangled beyond recognition anyway), I wrote out some of the lead sheets, and I taught Lionel some of the songs and arrangements (because he was a remarkable talent but he didn’t read music or know any theory).

I certainly wasn’t paid enough for everything I did but that’s okay. It was a good experience.

And I also learned from Ron Carter that some jazz musicians are very offended by diminished chords, so write a dominant 7th chord whenever you can. That was an important lesson. I almost never write diminished chords now.

How did you come to be a guest on Marian McPartland’s “Piano Jazz”?

Marian McPartland heard me perform in the Thelonious Monk Composers’ Competition in 1994 and soon after asked me to appear on Piano Jazz. I remember being a little nervous walking into the studio for the recording of the program. I put out my hand and introduced myself and she replied, “The goddamn f***ing piano tuner hasn’t shown up yet.” I knew then that it would be fine.

What are the trios you currently perform with?  How do they differ in sound?

The trio on my new CD is bassist Darek Oles and drummer Joe La Barbera, who both live in LA. I had always wanted to record with Joe, which is why I did the album, but it wasn’t realistic to bring them to New York. On the East Coast I play with my husband, Billy Mintz, who is another drum great, and a few different bassists.

Billy and I play in a free improvisation trio with tenor saxophonist Louie Belogenis. This group sounds more like improvised chamber music, so it’s very different from my own jazz piano trio.

I also play in a trio with (mostly) electric bassist Billy Carrion, Jr. where we play music from video games and originals. That music is more charged and multi-influenced. It’s not such a pure jazz group.

I appreciate the aesthetics of each of these forms. Each structure provides an opportunity to express a different musical facet.

What is your favorite instrumentation in an ensemble?

I feel the most at ease in a trio. What the trio means to me is intimacy. There’s such a directness of communication between the three musicians. It’s all about interaction and communication and not knowing what’s going to come next. That’s the essence of jazz.

However, I don’t have a “favorite” instrumentation. I have written for solo piano, duo, trio and larger groups up to jazz orchestra. They each have different rewards.

What is the biggest challenge as a bandleader?

Getting gigs. There are more bands than ever and fewer quality live venues; most venues are understandably more concerned with filling seats so they can stay open rather than booking the best music. The best venues, like Smalls, have built their own following so they don’t depend on the musicians to bring their own audience every night, which is simply not realistic unless you’re only booking big stars, which costs a lot up front.

Where else would you like to play that you have not yet?

The location is not important. The venue environment, band vibe and the musicianship are what matter.

I had the chance to go to Italy with a big band I was in about twenty years ago, but I quit the band shortly before the tour. The situation was so dysfunctional at that point that I didn’t want to travel across the street with them, much less to another continent.

On the other hand, I have played holes-in-the-wall with some of the best musicians in the world and it was a great pleasure and honor.

What did release day look like for “West Coast Trio”?

The CD release performances were April 19th (Mezzrow) and April 21st (Maureen’s Jazz Cellar). They both have excellent pianos and are lovely rooms conducive to good music. Perhaps not coincidentally, they are both owned by excellent pianists themselves.

Does the CD have a theme?

I called it “West Coast Trio” because I traveled 6,000 miles round trip to record with these musicians. 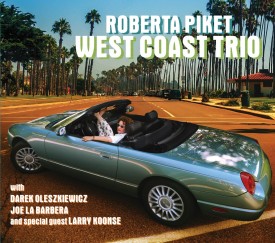 How did this music force you to stretch?

I set some challenges for myself, as I always like to do, with complex tunes like “Conception” (George Shearing) and “Humpty Dumpty” (Chick Corea). But mostly I wanted this to be a record where we could relax and blow on a very high level.

Highlights of writing and producing it?

The highlight was getting to play with these excellent musicians, Larry, Joe and Darek. I have always loved Joe’s playing since hearing him with Bill Evans and it was a treat to play with him.

How would you describe your evolution as a composer and musician?

I’m always working to become a better pianist, but more important has been my development in terms of musical maturity and my ability to focus more completely when playing.

Outside NYC: Maureen’s, Deer Head Inn, Chez Hanny, Tula’s. In Europe I played a solo concert at a remarkable church in Kempen, Germany.

Consistency: doing it every day; creativity is a discipline, a muscle that needs to be exercised regularly. That and listening to different music – I listen to a lot of classical music.

What direction do you think your music will lead you, or where do you want to go, compositionally?

I have many musical interests so I don’t see myself going in one direction. I am singing more, doing some organ gigs, and I also like writing for larger ensembles. But it’s nice to be playing trio ago. It’s fun.

Thanks for the interview!

Photos courtesy of and with permission of Roberta Piket. 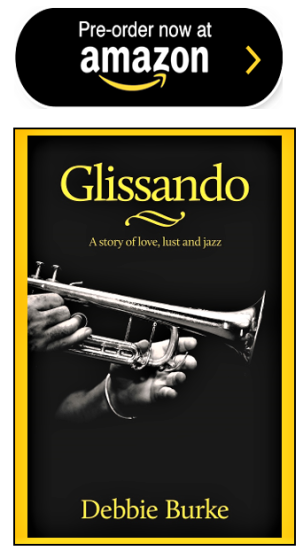