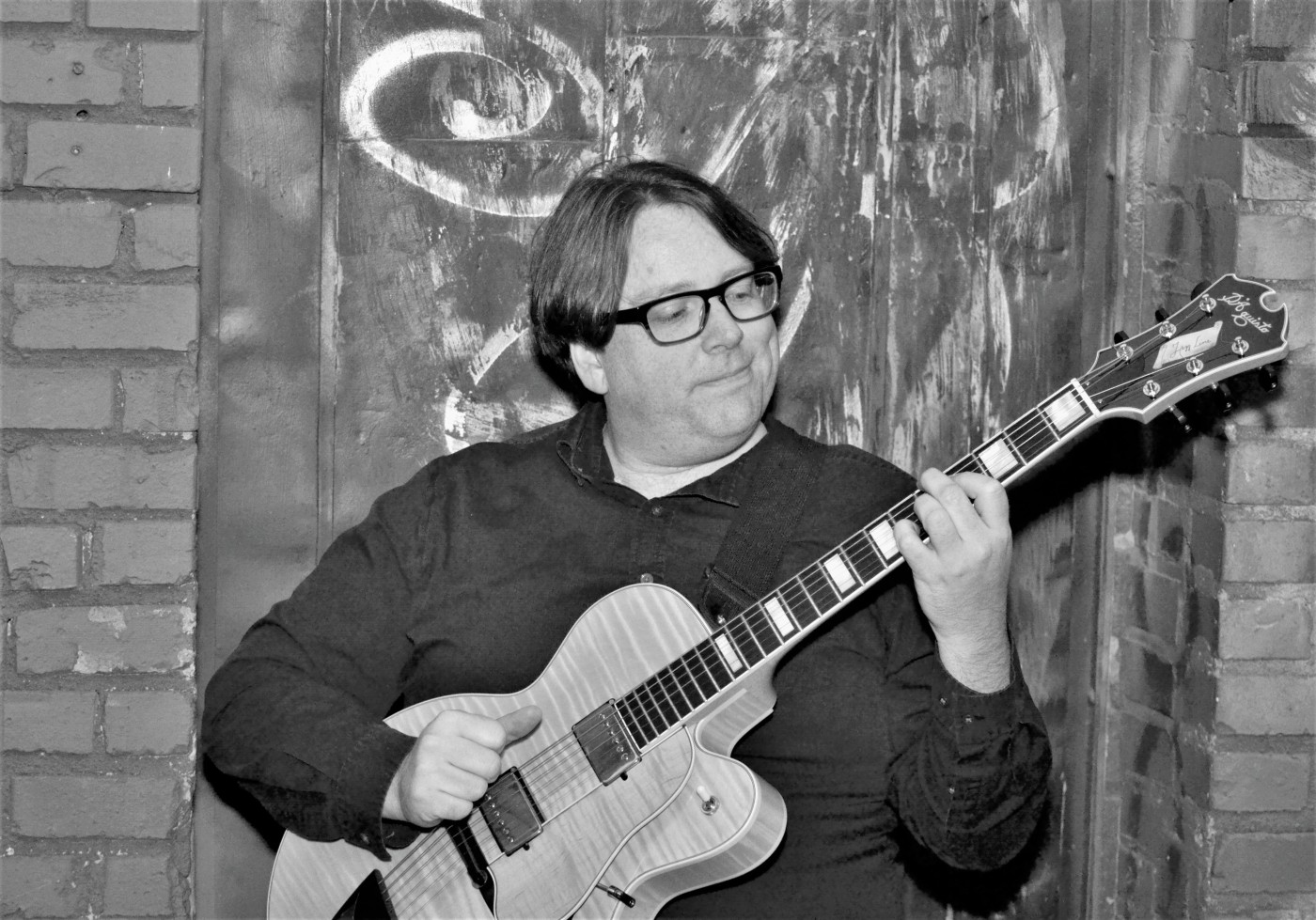 In his new CD “Point of the Story,” Kansas City guitarist Jeff Shirley says that storyline is up for interpretation. But he helps the listener get there with a mellow groove, tunes that reach the back of your brain and tickle the memory banks gently, producing those pleasure-inducing chemicals. What more do you need music to do?

As the name suggests, the song “Boysenberry” on this new album has a sweet vibe with the cool trumpet making the opening statement, a prelude to Jeff Shirley’s guitar. His strings produce a journey that takes the listener to bright places, surrounded by drums that do a stunning job keeping balance and nuance. “Clear as Day” is an energetic experience; the bass gets down to it in a heavy solo, trading the baton to the Rhodes and so on across the band. Imagine a brisk walk while you “clear” your head; this is the perfect song for it. The funky “Geedis” breaks out into a run; faster still is “Freeholder,” built around a five-note microhook.

Just released at the end of March, “Point of the Story” seeps in and warms the soul. 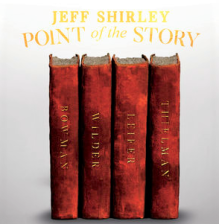 When did you start guitar?

Right before I turned 13. My grandpa gave me my first guitar. He walked out from a room and it was a big deal, I can’t remember anything else he ever really gave me, but that was pretty amazing!

I loved music growing up, I loved listening to my Dad’s albums, I felt I had a knack for predicting what the musicians were doing. I played piano in third and fourth grade, then stopped that. Played trumpet in sixth grade, stopped that, but when I found guitar I fell in love with it. I listened to a lot of music growing up, everything from Michael Jackson, The Beatles, Stevie Wonder and I especially loved the pop music of the day, the 1980s.

How’d you get hooked on jazz?

Probably just from hearing my parents sing a few tunes, hearing jazz in the background around Christmas time, in old movies and show-tunes. That set some of the groundwork.

I joined jazz band in tenth grade. It seemed like a fun challenge. I knew how to read music, I knew how to play, but I hadn’t done much improvisation at that point. My teacher, Danny Watring, was a drummer. Before I knew it, I was improvising, and he really liked it! I got some great feedback from him.

I can think of an album or two that really hooked me. There’s a magazine out of Kansas City called JAM Magazine, and there was a guitar edition in the mid-90s. All the local guitarists and bass players ranked their top desert island guitar jazz picks, and Pat Metheny’s “Bright Size Life” was on every list! “Still Life Talking” might have been on it too. I got both of those albums. The caliber of music on them is amazing! They are still some of my favorite albums. It was like I didn’t hear it or “get it” right away, but after I heard it a little bit, and was in the right mind-space, I was completely moved.

What I liked about his music was the freedom I heard, the vibe he was creating, he was putting the listener in an emotional state that was very new to me, and it was like a breath of fresh air! It was deep creativity mixed with intensity and pure taste and passion!

Favorite guitarists of all time?

It’s my 1968 Gibson 335. It was given to me by my late, great-uncle Glen. I knew what a sacrifice it was for him to give that to me. He parted with it because he thought it might help me, and I am so grateful he did! Even though I could sell it and buy a lot of the guitars and equipment I need, I could never sell that guitar!

What sound do you go after?

I want a nice, mellow rich tone that is pleasing to the ear. In my overall music, there’s a number of sounds I wish to achieve. I like the European/ECM sound, with its cool vibe and good taste mixed with hipness. On this album specifically, I was going for some interesting harmony, trying to stretch my harmonic limits a bit. I was trying to write an album that has a lot of potential tunes people can reinterpret as well as a few longer-form tracks that are more linear.

I like to do a different sound for each album; in my latest one, “Point of the Story,” I was kind of going for European mixed with Kansas City.

How do you feel jazz has changed over the years?

Now more than ever you can hear the influence of drum machines, electronic music and gospel in the way jazz drummers play. The drums really drive a lot of the music and there’s probably never been more exciting drummers than there are right now. There’s more freedom in the music, there’s structure where there used to be freedom and yet there’s freedom where there used to be structure.

I think people like to flip things around, and things go in cycles. If you take someone like Robert Glasper, he’s able to take almost any song and give it his “sound” fairly easily. I think that’s one very good goal, to have an ensemble where you could take almost any piece of music and put your identifiable sound on it.

What’s the vibe in Kansas City?

KC, like most cities, has its pluses and minuses, but overwhelmingly positives! Like all places, you have to hustle to get gigs, you have to know people, you have to be not only a fantastic musician but also dependable and generally a nice, cool person people want to be around.

One thing, I wish I could see everybody more often, everybody’s so busy that there are people you might not see or play with for a while just because your paths don’t cross. Here you will find absolutely some of the best musicians, nicest people, and if you’re a hungry, talented jazz musician, you can get gigs if you’re also persistent and balanced. I love the jam sessions, I love the history and the breadth of space I feel here.

New approaches you want to try out?

Yes, there’s a lot of sub-genres I would like to explore, a funky fusion album, maybe someday a musical, I’ve got all sorts of ideas, please stay tuned!

Where do your melodic ideas come from?

Often it’s when I’m driving or practicing. I record those on my phone and go through them later. It’s one thing to imagine some amazing music in your head, but to transcribe that onto a sheet of paper where it’s able to be played by actual musicians is the challenge. I also go through periods where I make myself write a song a day for a week or two.

What’s behind the name “Point of the Story”?

When I hear that expression it makes me think of many things. When someone is telling a story, when they want to try to condense everything they’re trying to say into one sentence and they’ll say “The point of the story is…” So I tried to condense my whole story into this one album.

“Point of the Story” allows us all to think about why do we have stories that are passed down over time for thousands of years? Also, what’s the public story in the history books and what’s the real story? What is the point of the human story, the universe’s story? Also, each musician on the album has their own, unique story, as well as every listener.

Best part of making this album?

Working with these fantastic musicians and with a great recording engineer. It was such a thrill! I also learned a lot along the way!

My ensembles are the Jeff Shirley Trio, Quartet or Quintet depending on personnel.

How do you read one another and play so cohesively?

Each of the musicians contributed their own personality to everything they did. I have such a blast playing with all of them because of the creativity that absolutely springs from all of them. Everyone in the group has known and played together for years in different scenarios, so there’s a dialog already happening in a big way in the interpersonal dynamics of the group.

It might be “Boysenberry” or “Selenelion.” As far as a meaningful one that I think came out really nicely was “Gharial.” It reaches some deep emotional levels, and if you’re interested in a deeply reflective track that would be a good one. That and “Flotilla Magi.”

How do you name your songs?

I try to create song names that maybe no one else has used, although that’s not critical. It’s fun to be creative with song titles! I just know if it fits or not. You have to live with a song name for a few days to know if it’s right.

I really love the artwork on the physical CD. I’m with ARC (Artists Recording Collective), who are instrumental in helping get the music out there. Saxophonist Chris Burnett is the head of that. He’s amazing.

The biggest surprise making this CD?

Some people call them happy accidents, I call them “joyful unexpected moments of surprise synchronicity,” and there were a lot of them on this album! A few times, Roger Wilder (piano, Rhodes) and my notes align perfectly! I’m surprised and thankful for the new relationships I’m building in this process. When your plans go the way that you planned them, that is the nicest surprise!

What’s your advice for young musicians?

Remember to have fun with music, and lots of it. Also, use the metronome, or even drum-based groove tracks; those are your best tools when practicing.

Record yourself and listen to yourself. Make sure you like the way you sound. The key to it is spending time on the instrument, make sure you’re putting in that time every day, or as much as possible. Remember you’re only competing with yourself.

Make friends, make connections that you think are fruitful, and play with the best musicians you can as often as you can. Play on stage as frequently as you can, learn from the stage and be drawn back to it.

It’s never too early to write a song, so start composing! Challenge yourself. If you found something difficult, work on it. That’s how to get to the next level. To be the best, you have to be prepared for and enjoy deep challenges, internal and external.

How do you define success?

It’s accurately capturing a vibe or sound I want to share, and bringing a bit of enjoyment into someone’s life. To succinctly and joyfully communicate and inspire with organized and random vibrations. If a listener enjoys my music at all, that’s success.

Working with whom I want to and being able to express myself fully is success.

I would love to hear other people play my tunes, that to me is extreme success.

Photos courtesy of and with permission of Jeff Shirley. 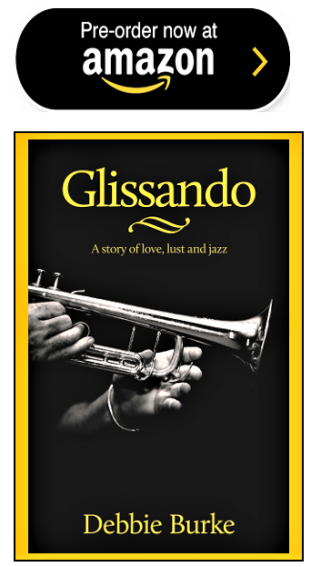