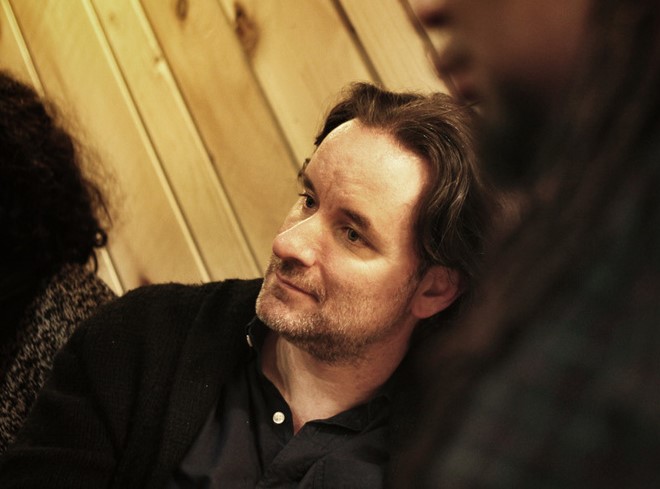 Something familiar yet from a different musical perspective, guitarist/vocalist Mark Murphy’s dreamy “Lay Lady Lay” (from the new CD “Pocketful of Rainbows”) is like a room filled with flowers; an enticing love song enhanced by a freshly punctuated beat. As with so many of this album’s songs, Murphy gently pulls apart the music and, with new glue and glitter, creates something unexpected. It takes a deft hand and trained ear to fuse together elements of rock and jazz, and he delivers a melodic fabric that sparkles.

“Dream a Little Dream,” known as a sweet ditty, becomes something tres funky with (again) an imaginative drumbeat and a sassy sax. The newly ethereal and samba-ish “Come Fly With Me” might have been made a blockbuster by Sinatra, but Murphy’s vocals give it a charm that is his own. “Secret Sun” is a real stunner with nice soloing by the sax.

When and why did you start guitar?

I began saxophone in fifth grade and begged my parents for a guitar in eighth grade. I was just starting to get into progressive rock and I knew I had to have one. I received one for Christmas. Thanks Mom and Dad!

Who were the first musicians you liked?

In sixth grade I really got into The Police. I remember coming home from school and playing my Synchronicity LP over and over. Then I started to get into jazz – (my first jazz cassette tapes were John Coltrane – Giant Steps, Chick Corea Electric Band and Michael Brecker’s first solo record). Once I got my guitar I became obsessed with the band Rush and progressive rock bands like Yes and Genesis.

Why did you want to fuse pop and jazz?

I have always loved all genres of music. I love amazing pop songs, and I love the freedom and feel that jazz can bring to those types of arrangements. As a young kid I loved Sting and Paul Simon as much as I loved Pat Metheny and John Coltrane.

I don’t think that has ever changed. To this day I am an obsessive music listener. I am always listening. I think that my style of arranging is specifically influenced by the fact that I am such a fan of so many artists and genres of music.

As a teacher, what do guitar students ask you?

Back about ten years ago, beginner students would come in specifically looking to play a Beatles’ song like “Blackbird” or learn how to play songs by Green Day and Pearl Jam.

Now I find the initial preference of beginner students is not as specific, and a big part of my role is to introduce them to a lot of different kinds of music and hopefully turn them on to something that they love.

What do you think about when you are performing?

I try to focus on the lyrics and the story of each individual song. I want to be present and connected to the band and audience, but I also want to be inside the story of the song. It’s not always an easy balance to achieve, especially if you are dealing with monitor and sound issues or anything else that could present itself in a live setting. But I think this connection to the lyric and story is so important.

The folks that I get to record and play with are so inspiring. I feel so very fortunate that I have the opportunity to make music with some of my favorite musicians in the world, like Jeff Ballard, Jon Cowherd, Larry Grenadier, Gilad Hekselman, Dayna Stephens and Tony Scherr.

Newport Jazz Fest or New Orleans Jazz Fest. I would also love to perform in Europe, which I have never done.

Your favorite place to play?

Rockwood Music Hall in NYC is a great venue.

Who would you like most to invite as a guest musician?

I feel like I already get to record and play with so many of my favorite musicians. With that said, two people I would love to meet/play with are Bill Frisell and Allison Krauss.

What do you look for in musicians?

I have such a deep respect for anyone that I take into the studio. I try to bring really unique and solid arrangements to the sessions for the group, but I try to not over-write or over-arrange.

I want the musicians at the session to have their voice come through. They are some of the best in the world and I want to hear “them” on the record. I want the music to have the structure of a pop/singer-songwriter arranging with that special in-the-moment feeling that only they can bring.

How have you developed your sound through the years?

I am trying to take a really deep dive into the musical world that sits somewhere between pop, singer-songwriter and jazz. I feel really grateful that I have been able to live in this musical space that I love so much.

Where do you see yourself heading stylistically?

I see myself continuing on this pop/singer-songwriter/jazz path. I feel like I have only scratched the surface and I am always working on new tunes to record and play.

What inspired “Pocketful of Rainbows”?

“Pocketful of Rainbows” is one of the songs that I arranged for the record. It is an amazing song that Ben Weisman wrote and Elvis recorded. The song actually made it on to the record almost by accident. By chance I saw a bit of Cameron Crowe’s Jerry Maguire on TV, and that song played at the end of a scene.  It blew me away and I raced to figure it out.

Why did you choose these songs?

These are songs that I personally love. I choose songs that have had a real emotional impact on my life. The covers on the record are already perfect! I am not trying to replace them.

The CD was just released on 3/30/2018 on my own label Mini-Movie Records. It’s sold through iTunes/Amazon and my website. It will also be streaming on Spotify.

I have had a fair amount of blog/interview requests already for this release as well as press coverage. So that is exciting!

What’s the biggest challenge for your ensemble today?

I guess the hardest thing is scheduling. Everyone that I use in the band is so in-demand that scheduling a recording session or gig is never an easy task. But it is always so worth it!

What are your musical goals for 2018?

I really would like for “Pocketful of Rainbows” to receive a nice amount of review coverage as well as interviews/blog requests. I definitely want to do everything I can to get the music to a larger audience of folks who might enjoy it.

I am also thinking about my next project. I recorded in January with Jon Cowherd –p, Tony Scherr -b, Gilad Hekselman –g, Alexa Barchini –v, Dayna Stephens- ts and Kenny Wollesen –d.

I’ve just gone back to The Bunker studio in Brooklyn, NY this month to finish the tracking for the next record. It should be out in 2019. Looking forward!

Thanks so much for the interview! Much appreciated.

Photos courtesy of and with permission of Mark Murphy. 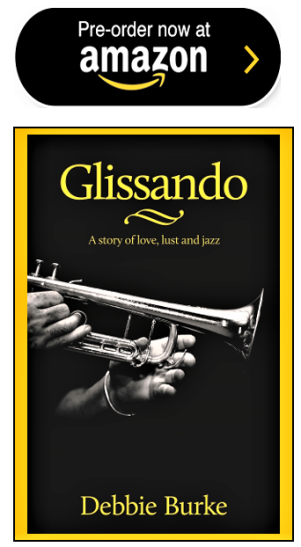