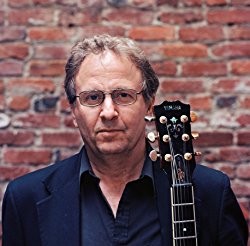 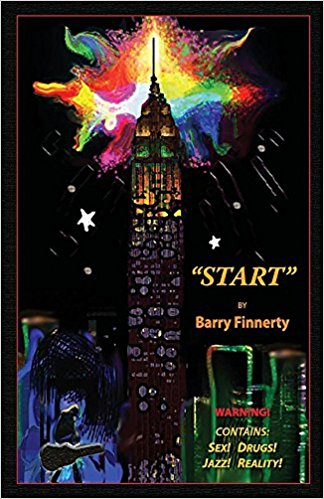 Raw. Terse. Ripping the 1990s New York City music scene a new one. In his book “START: Warning, Contains Sex! Drugs! Jazz! Reality!” rock and jazz guitarist Barry Finnerty takes a long look back at the decadent and difficult times finding gigs and keeping your name out there.

He’s worked very closely with Miles Davis and a host of household names in the jazz world, doing session work and cutting albums galore. In this grabs-you-by-the-gonads story, Finnerty leaves out no grimy detail. It’s a fast read that pulls you right in; highly entertaining. Recommend!

After a semi-fictional account of some wild times in the 1990s, how do you compare the NY jazz scene then to today?

The book is set in 1994, when a lot of opportunities had already dried up, at least for me personally, that’s why I found myself in the unenviable position I was in! Back in the 80s things were a LOT more happening and fun, not to mention successful. My biggest mistake was not taking the money I was making and buying some property.

Now it’s next to impossible to be commercially successful especially if you don’t have a big well-established name already built up and considered bankable by the agents and promoters, because music sales have slowed to a trickle what with streaming services taking over the action and paying the artists like $.0001 a play.

How has the availability of side jobs and session work changed throughout your career?

It’s declined considerably. Randy Brecker is almost the only really well-known jazz artist who still uses me, and I’m grateful for that. I still do a smattering of sessions for other people, but for the most part they are for me, and I have to decide every year how much music I can afford to make.

Your top takeaways from playing with and getting to know Miles Davis?

I just wish I could have done more with him. Read the book for the full story in that regard…

What do you like best about performing today? Least?

I love playing live for an appreciative audience, that’s what I live to do. The least appealing thing at this point? The travel.

What exciting projects are in the works or have just recently been released?

My band BBFC (Bad BF Collective) based in Hamburg, Germany, released our debut CD “Nothing’s Gonna Be All Right” a couple of years ago featuring three horns and funky new versions of Mose Allison and Crusaders songs along with some originals. A new project is in the works.

I Don’t Worry About A Thing:

I Hate My Baby (And My Baby Hates Me):

Whom would you most like to play with that you have not yet?

Herbie Hancock. Love to do some original stuff with symphony orchestra and/or big band.

How has your ear for music and your tastes developed?

When I was younger I used to keep an eye on what was happening in pop music a lot more. I find it hard to get interested in it much these days. At this point, if it doesn’t groove and have some soul and depth, I don’t want to listen to it or play it.

How have you grown in style, technique, composition?

It’s hard to say but I think I am better now than ever at doing exactly what I want to do. Technique doesn’t mean much unless it’s in the service of good musical ideas. In composition, I can do a great variety of things. The hardest part is to motivate myself to produce new stuff when there is next to no outlet for it.

Are there guitars out there that you covet? What’s your favorite that you play now?

I have been playing the Yamaha Image Custom since the early 90s, the best electric guitar they ever made. I’m thinking about picking up an Eastman AR580CE semi-hollow jazz axe.

Do you prefer a small venue, large festival or a concert hall?

The really big festivals in stadiums can feel a bit impersonal, you are so far from the audience.

Too many to list. I enjoy playing with good musicians who listen and interact.

Do you still mostly play in NYC?

I actually play very rarely in NYC since I moved back to the Bay Area almost 20 years ago. I like to play anywhere there’s a nice audience and there’s a paycheck in it.

Any new books in progress?

Not at the moment but I also have two “Serious Jazz” educational books for all instruments, published by Sher at www.shermusic.com.

How does your CD “TRAZZ” really delve into groove and flow?

That was an experiment in electronica after I heard some stuff in some clubs, and though the grooves were great, there was zero melodic creativity on top of it and I thought it could really use some.

Where does your mind go when you are composing trance jazz?

Into a trance, I guess.

What are some of your favorite personal compositions and why?

I have written a lot of material I think is pretty good. I think “The Hippies Tried” (written by Clarita and me) is a great rock song and relevant to today, at least for an old geezer like me who came up in San Francisco in the late 60s. The stuff on “Blues For Trane” and “Manhattan Sessions Part 1” I like because it is material-based rather than just a solo fest like many jazz records.

I am sick to death of records that mainly say, “Look at me! Look how good I can play!” I think the music should be deeper than that. The song “Clarita” is one of my favorites because it is adventurous harmonically and also paints a musical portrait of my wife in just a few words. And the title tune “Blues For Trane” I like because of the spiritual feeling I associate with a lot of Coltrane’s work.

How would you describe your sound today?

I’ve always described it as a mix of my two biggest influences: George Benson and Jeff Beck. I use more distortion and note bending than a lot of jazz guitar players, but I don’t think that makes me any less authentic. Purists might disagree.

Where are most of the opportunities for gigging indie musicians today?

There are not many. You have to make your own opportunities. Fortunately, Randy Brecker still uses me after all these years. But aside from that, most of the time I have to play small places that don’t pay much. The price of an evening of jazz has not gone up since 1975!

But I’m known all over the world, even though booking agents and festivals don’t consider me “bankable” on my own for the most part. I have to keep working on that.

Real cool version of “A Love Supreme.” Is it a challenge to re-invent a classic and put your own stamp on it?

I just thought it would be cool to do a version using the electronica machines. John Coltrane might be turning over in his grave if he could hear it, but I gave it a go… The tunes of his I did on “Blues For Trane” he might have liked a little better.

Highlights of your performance schedule this year?

I had a nice gig in Ghana with some great musicians there, and also did one in Cape Town. Randy has a few things coming up. Aside from that, I’m waiting to see what develops.

New CD in the works?

I have several new projects in mind that I want to do. Part of the problem is figuring out how much music I can afford to make, since everything I do costs money and is not that likely to even recover the investment.

Right now, I am working on a project my wife and I have been putting together for years. It’s a collection of funny short original songs – in all possible styles – and it’s called “Sex Songs For Idiots.” I’ll leave it to you to imagine what that will be like.

Thanks for your interest. I am really at a loss to know what to do to promote myself and my work. All I can do is try to do the best creative work I can. I’m great at the musical and production parts of it, but I totally suck at the business and promotion parts. And it’s hard to force yourself to work on stuff when you know there’s probably not going to be an outlet for it. But still we keep on keepin’ on…

Photos courtesy of and with permission of Barry Finnerty. 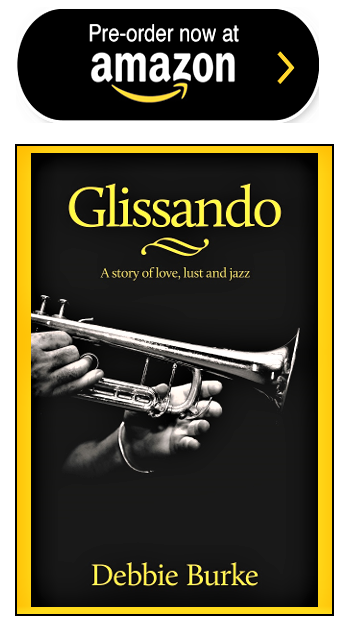