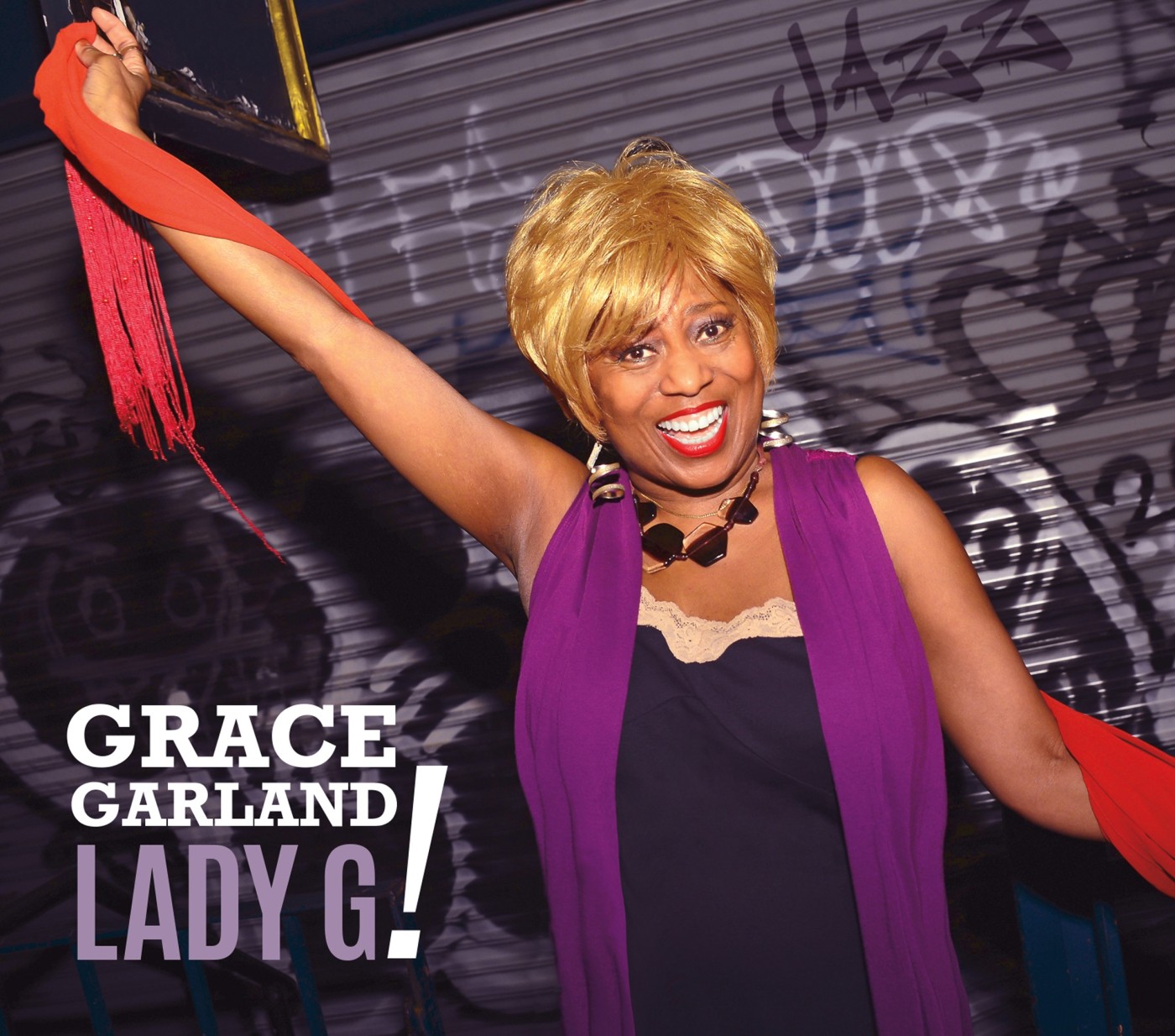 The enthusiasm, the biting humor, the voracious passion to make music are what define Ms. Grace Garland. She’s a snappy and energetic rubber band, going from the raw and raucous “Single Mingle Jingle” (a contemporary anthem for singlehood that can stand proudly right next to “It’s Raining Men”) to the more somber and classically driven “Why Not Me?” In either extreme and everywhere in between she uses nuance, growl, rapture and pain, reaching into the part of your vulnerable core that is unprotected by pretense.

Let’s just put this out there – women; guys!, check out the song “Tits and Toes.” It says it all.

Seriously, if you are in New York City on any given Thursday, see her at Anyway Café.

How did you get your start in music?

The story has always been that I came out of the womb as a singer!

I believe it, because it’s the only thing that I ever wanted to do, be a singer or an actress. (Even when family said it was not realistic or “stupid” to pursue “show-business”.)

Talk about the “Anyway” gig and are you the host of the show?

I’ve had a Thursday “Music Residency” at Anyway Cafe-2nd Avenue, in New York City ( 34 East 2nd Street in the East Village), for over 10 years! It all began with a chance meeting of jazz guitarist Andrei Ryabov (his work is well known with The Yellowjackets), and he was in search of a singer for what was his duo gig. It’s never been a show, per se; it’s become an evening of personalized jazzy fun, over the years! Once Andrei moved back to Russia, it became Grace Garland Duo night, from 8pm-11pm. Anyway Cafe-2nd Ave. is a small, unique venue, with infused vodkas, a cool blend of people from all over, who enjoy live music.

What did your musical training consist of?

The usual: school bands and chorus, church choir (although it took me awhile to become a soloist, because they said I was too “jazzy”), and sitting in with any and every band I could find. I used to carry a microphone with me at all times, just in case.

What inspired “Before You Fall Asleep”?

True story…the sound system went out one night at the venue, and my musician and I were going to be sent home early. He called his wife, and I heard him say, “Please try to stay up, I’ll be home soon.” On the way home, on the subway, I started the song with: “Please let me get home before you fall asleep, please stay awake a little while longer.”

I like it because it’s one of the few love songs that I’ve co-written. Also, people who work long hours, travel for work, or are away in the military really relate to it.

Quite a vocal range. What is your most comfortable place, lower or higher octaves?

Thanks. I consider myself a proud alto!

A lot of empowerment verbiage on your social media. Why is it such an important issue for you?

This career, as a singer-actress-producer, in the music business or show business, there’s too much rejection, criticism, haters, people constantly attempting to kill your spirit! So reminders to believe in yourself, or as a friend of mine says, “Not give  that negativity any real estate,” are helpful to all of us.

When did your CD “Grace Garland-LADY G!” debut?

It was released August 2016, and I’m proud to say, it made the 1st Round Ballot of the Grammys! (Grace Garland-LADY G! didn’t make the final ballot.)

But it was thrilling to me to have award-winning artists say, “Lady G! is a fine amalgam of some superlative songs that brings out Garland’s prowess as a performer to the fore.” – Ricky Kej

And also: “Superb in every way (and one of the best altos you’ll ever hear!)”-WhiteSun

Talk about the writing/arranging and production highlights of that CD.

The songwriting is the easy part to me…telling stories…painting the emotional picture, pushing the envelope. Producing is exciting and scary. One must step out boldly, and have the courage to say: “THIS is what I want.” It doesn’t mean that you don’t listen to other views, but the final decision of who you want to be via your music is yours. Own it! Don’t make yourself crazy trying to be perfect. Sometimes the imperfection is what makes the recording special. And as a side-note I would say love the cover art, you’re going to see it a lot.

There was very personal achievement that made me feel like a “real professional” – to be confident enough to include my favorite song in the universe, “Save Your Love For Me.” I adore the legendary Miss Nancy Wilson, so to sing that song on my own CD, that I produced, was just “coooool.”

What is your favorite track on it and why?

That’s hard! I know every artist says all of them, but it is. I guess the in-concert tracks because they’re flawed, fun, raw, and very much “Grace Garland LIVE.” “Lovers Never Lie” (live); “Super Nova” (live) are favs on tour, as well as Anyway Cafe, by the way!

What is the connection to Lady Gaga?

No connection to Lady Gaga or Judy Garland!  Musicians started calling me “LADY G!” (as in Grace Garland), and when I was trying to think of a title for my CD, it felt right!

Talk about your band – who are the personnel, what strengths do they bring?

There is nothing more energizing than musicians who love playing – OMG, it’s more fulfilling than anything, especially in jazz; on stage in any country, in the studio, in a dive bar, or Carnegie Hall. The improv, the listening, the freedom; the intensity of fun is the best!

When you compose, what inspires you?

Anything! Everything! The wind blowing…the silence… and most especially the rhythm of the subway.

Do you typically write lyrics or melody first?

Lyrics, but always with a germ of the melody in my head. That’s why I like co-writing…quite often a chord or riff played by an instrument can trigger something exciting, that never crossed your mind.

What accompanying instruments do you like the best when you perform?

I’m in heaven with a trio: piano (or guitar), bass, drums! However, my duo gigs have taught me to embrace the simplicity of guitar and vocals, or piano and vocals, equally as enjoyable.

What is your favorite venue in the U.S.?

Sorry, I don’t have a favorite…but I like being able to see my audience, even if it’s a big concert venue. So many times on tour, I’ll leave the stage and go into the audience.

If you could learn something new in music, what would it be?

I always wanted to be a drummer!

Have you toured internationally, and if so where were some of your favorite places to perform?

The small towns of a country warm my heart, especially in Israel and Russia.

Actually, I’m making every effort to make the final touches (including music) on the audio version of my book Loneliness Makes You Stupid: The Grown Woman’s Dating Guide (Part 1).

A big honor – I am now a 2017 #Awardwinner from the Global Music Awards, where I have a Silver Medal (female vocals) for “I’ll Cry Later” on my “sexy-fun-jazzy” CD Grace Garland-LADY G!

Photos courtesy of and with permission of Grace Garland.

19 thoughts on “Exceeding Vocal Intentions! Crushing it with Grace Garland”