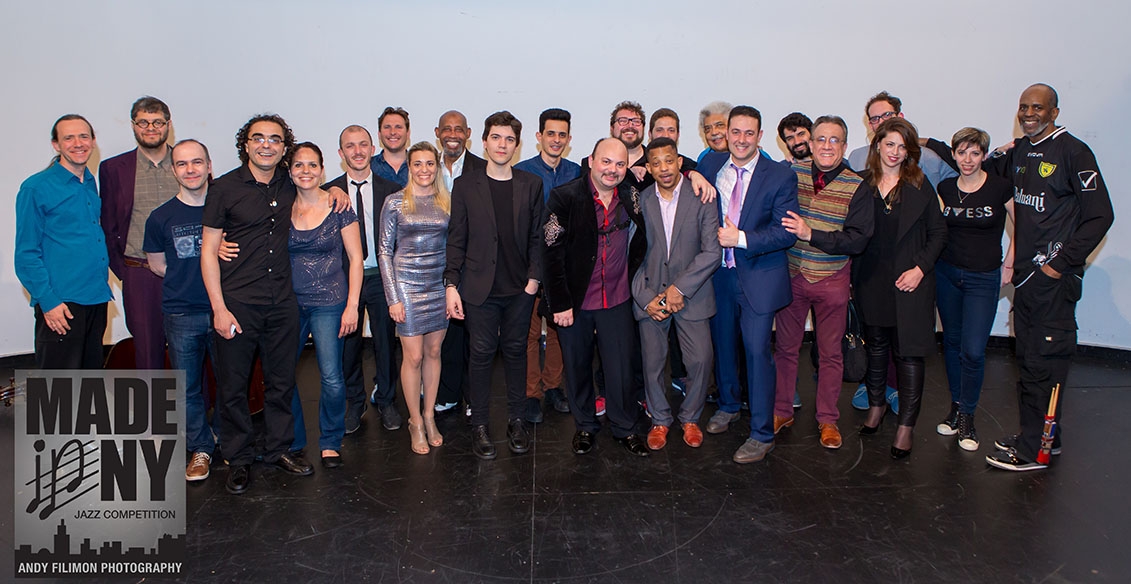 This is the fifth year for the Made in NY Jazz Competition. While this recent article is a Q&A with founder Misha Brovkin, what follows is some input from a Made in NY committee member and one of the judges!

[Scroll below for IMPORTANT DATES*]

What qualities are you looking for as you judge the categories?

Why do you feel this is an important competition?

Because we get submissions from all over the globe, and music is the universal language. Especially with what’s going on in the world these days, this competition brings all cultures together under the banner of JAZZ!

What do you see as the current direction of jazz and the music industry?

Well, jazz has always been multi-directional, to coin a Jack DeJohnette phrase, so it’s not possible to go in one direction, and the so-called music ‘industry’ is being re-invented through streaming and as usual not giving fair share to the artists, so it remains to be seen how it all turns out.

So just keep practicing and have a fallback position…one thing is for sure as a ‘direction’: Jazz has been globalized!

What excites you most about Made in NY?

The music and the concerts of course, and the ability to meet many new musicians from all over our screwy planet.

February, 2018 – Winners will be announced

May 12, 2018 – Gala awards ceremony at the Tribeca Performing Arts Center

(Check out this article by Katia Mukminova about competition judge Bobby Sanabria!)

Photos courtesy of and with permission of Misha Brovkin.