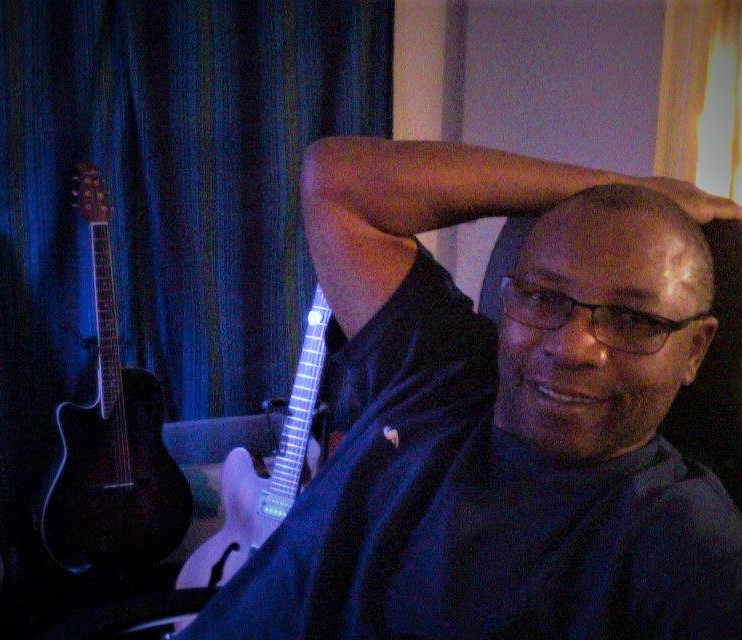 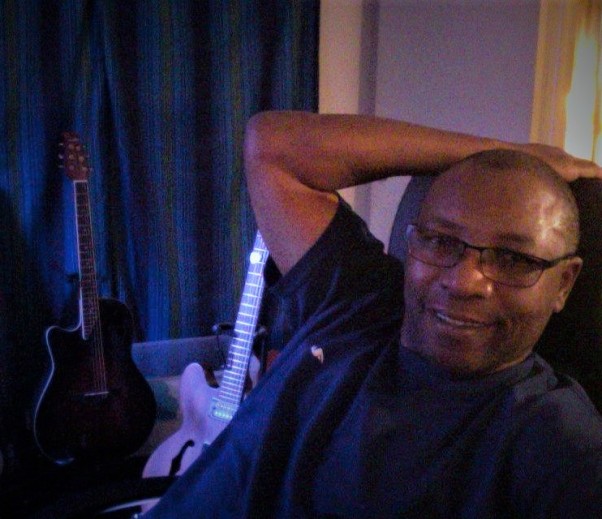 It’s only because he loves them.

Guitarist and smooth jazz/R&B aficionado Gary Fuston says he and a partner started GHP Productions to shine a warm spotlight on the indie artist. It’s a cool and easy place to hear the newest smooth music with fun, off-the-cuff conversations with the artists themselves.

The station is called GHP Radio and the show is The Indie Live Spot.

When did you know music would become your chosen career?

I have been in love with music since the age of 10. I can remember back when I stayed with my grandmother while my parents were at work. I’d play on my aunt’s church organ. She used to play for the church and I was always amazed by it. I’d listen to the radio and pick up songs that I heard and play them by ear.

This amazed my parents, so they decided to invest in me during my childhood days by buying me musical instruments starting with the keyboards, drums and a guitar. I played the drums in junior high through high school marching band and concert band. Then for two years in college, I played guitar in the jazz band while also playing in a local soul & R&B group called the T.O.C. Band.

How did you get into radio?

I took on an interest in internet radio starting around 2003.

A good friend had retired from the military and he decided to buy some equipment like servers and broadcasting software. He asked me if I’d be interested in a partnership to help him get it started, since by now I’d had plenty of music production experience. We both thought it would be a great opportunity to promote my music online along with other artists that I knew through networking.

What’s your training in music and in radio?

It was all self-learning; a whole lot of research, reading and listening to many stations through the years. I’ve always loved various genres from soul, pop, R&B, rock, dance and many others on radio and television.

The 80’s was a prime time for me especially when MTV started mixing video and music. It really blew my mind! I was in my first year of college during this time and started to learn how to produce music of my own by multi-recording on tape tracks when cassettes where the thing and before CD’s came along.

What are some of the highlights of your career so far?

I quit college after my second year and started working as a lineman, climbing electrical poles. It was an extremely dangerous job but it paid for all of my recording equipment. I stayed focused on writing music and recording, then later started working with local artists like other musicians, vocalists and rappers.

I opened my own home studio and started producing music for them. I organized music showcases where we’d perform at different local venues.

What was involved in starting GHP, all the administrative details?

GHP Radio was started initially around 2004 after about a year of figuring out the partnership with Edward McDaniel. Since we were totally new to this world, it was a learning curve. At the time, we didn’t have to abide by any special rules like for the FCC since it was internet radio, not commercial. We only had to have licenses for the different stations that were broadcast under Edward’s company itrackradio.com; this included my station GHP Radio, and Edward’s stations KJAZZ and KBLUES. He later added others through special clients.

GHP Radio was strictly for independent artists, not mainstream. It was for all of us indies who struggled getting airplay from commercial radio.

How is GHP different from your other ventures?

I had to manage my time between recording music of my own and then listening to loads and loads of submissions, deciding what gets played on GHP Radio. Plus, I was learning how to promote the station.

What are the challenges to starting your own online station?

Promoting it, getting flooded with emails from submissions, listening to many submissions (good and bad), dealing with issues when the server goes down and software issues when upgrading the operating system every few years.

Why do you do it?

I have a special love for music and promoting indie artists.

Who were some of the most interesting guests?

I’ve had the opportunity to interview Chris Jasper who was one of the main writers, and a keyboardist and vocalist for the Isley Brothers.

I’ve interviewed Norman Connors who produced and wrote for many artists like Phyllis Hyman and Michael Henderson.

I’ll never forget my interview with classic Motown’s own legendary Kim Weston! She was great to talk to. She told us all about those days of Motown and when she sang duets with Marvin Gaye and other big names I didn’t even know about. It was AWESOME!

Who do you have on staff?

We have Griselda Medina who came on board about 3 years ago. She’s very musically in-tune with many genres of music and has a little experience playing piano. She’s a lot of fun to have around on the team.

We recently picked up Joyce Spencer, an amazing artist who plays saxophone, flute, and piano. She brings entertainment news to our show segments.

Then there’s Edward McDaniel, who started all of this radio stuff after he retired from the military; my partner from the beginning.

How do you build a reputation in this business to attract new artists to interview?

Stay consistent, professional, down-to-earth and courteous, which seems to be a good recipe for us.

What kind of equipment do you have?

I’m currently using OBS software which is great for live streaming, and of course my PC, MAC, mixer, microphone, amplifier receiver; and an excellent internet connection is a must.

As far as making improvements, I want to master the live video feed which is something we’ll introduce soon.

How do you manage a good sense of timing; when to talk, when to let them talk, and when to play tunes?

It’s very spontaneous. I like to let the guests take me there, depending on the time in a situation. We are very open in conversation and we like to make the guest feel at home as if we are all in the same room having coffee or whatever you like to drink LOL.

There’s never a script. I just like to talk to the guest and explore their minds and experiences along with my other three co-hosts, and have fun at the same time.

Who are your favorite artists?

Not only do I like smooth jazz but I like other genres such as soul, R&B, pop, blues, reggae, etc. I don’t really have a favorite artist because I like way too many to mention.

To continue bringing our listeners quality programming and looking forward to creating greater and better shows by implementing a visual look to the shows. We want to let listeners view us through the technology of live streaming video through YouTube.

What do you want people to know about your station?

That we really appreciate our listeners and guests who come on to the show.

I appreciate the opportunity to be interviewed here on your wonderful platform and really enjoyed having you on as a guest with us on our show recently. I look forward to having you back.

Photo courtesy of and with permission of Gary Fuston.