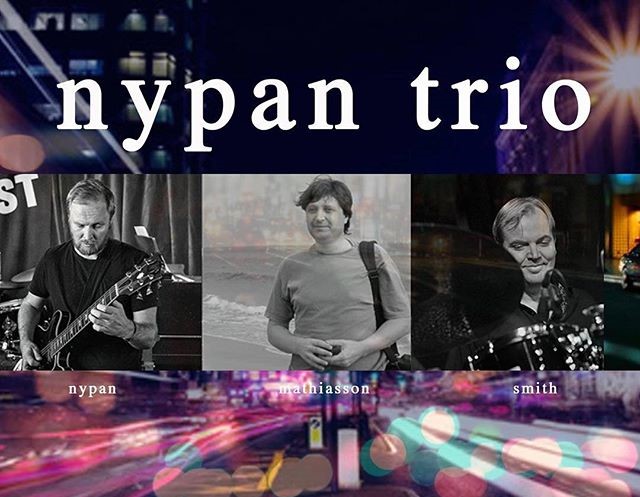 Painting with sound, leaving space for each musician to shine, Oyvind Nypan’s expressive guitar work tells its story and you want to hear more. They are in synch, these young men from Norway who make up the Nypan Trio. If you’ve only stuck to American and Mainland European jazz, this is quite the refreshing drink of a different kind of water.

What is your background and did you come from a musical family?

I come from Trondheim, Norway and started to play guitar at age 12. My parents were gardeners and none of my family members are musicians but music was always a part of my environment as a kid. They supported me in everything I wanted to do.

When did you know you wanted to compose jazz?

I began by playing the trumpet for two years, moved on to play the drums for a long time then picked up the guitar, when I began to make my own music right away. I like all kinds of music and try to be open for anything that comes into my head. I had a guitar teacher who introduced me to Pat Metheny and Michael Brecker and I was totally blown away. The world changed for me from that day on.

What is the subgenre of jazz that you play, called?

As a working musician, I play all kinds of music, but my albums go in the direction of contemporary jazz.

How did you meet the other members of the band?

I play in a lot of different settings. I play with people I communicate well with, musically; and who have something to bring into my music. They play drums, bass and keys.

What have you recorded?

I released my first album “Elements” in 2010 on Ponca Records. My album “Stereotomic” just came out on the great jazz label Losen Records.

In January 2017 I went to New York and recorded with some amazing musicians: Ben Wendel, Taylor Eigsti, Joe Martin and Justin Faulkner. That album will be out later this year (2017).

What do you think of the NYC jazz scene?

NYC is amazing and I love it! So many great players, great music and culture make this a very special place for me. I would like to spend more time in the Big Apple and get that NYC energy.

What is the essence of the difference between American and Norwegian jazz?

They are two different languages. There are Norwegian players, myself included, who are approaching American modern jazz, but you can’t run away from your roots. This is what makes music interesting to me. Everybody contributes and the result will always change. There are no rules.

Which musicians have inspired you and why?

Pat Metheny, Keith Jarrett, John Scofield, Bill Frisell, Michael Brecker, Julian Lage, Kurt Rosenwinkel, Miles, Coltrane… The list is endless and changes from day to day. I discover new music every day and stay up-to-date with what is happening in the jazz community. It’s like a bottomless well of inspiration that never dries out.

Your music has a definitive feeling: forward-moving, thought-provoking, airy. What is your mood when you compose?

I try to amplify my feelings by converting them into music. That leads me through different moods and musical territory as the winds are changing.

You can really hear the individual members of the band in your songs. How do you give each other the room to go off on your own?

A really important decision is which musicians to engage with in my projects. This way I know what to expect from them. We just try to listen to what the other guys are saying when they’re playing.

Is there a single melodic line or do your songs meander wherever they’re meant to go?

I am obsessed with melody and a lot of my compositions are built around small melodies that I like to complement with chords and rhythm.

Maybe it’s because B&W gives you a more timeless feel.

Have you toured in the US?

I have never toured in the US but I’d love to go there and play.  I just finished a tour in the South of Norway with my trio with Daniel Formo on Hammond organ & Truls Rønning playing drums. We had an awesome time playing a lot of new music. Good times!

Releasing my NYC album later this year and also another album with a rock/jazz blend called Tronosonic. We recorded at Ocean Sound Recordings at Giske (Norway) in December (2016) and I’m really looking forward to getting this one out. It’s different and sounds great!