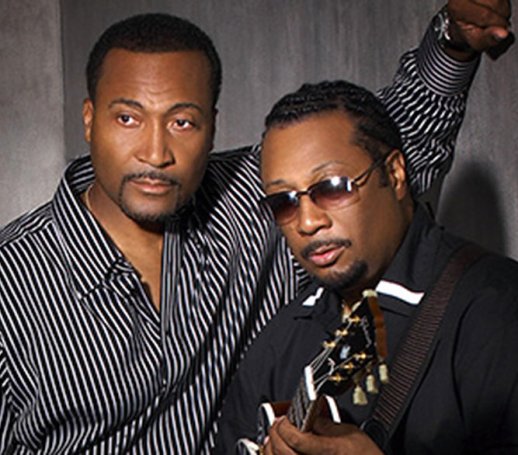 In 2001 the Carter brothers (Chaz and Winston) formed a smooth jazz group called Midtown. Finding initial success, they went on the road and opened shows for national artists like R&B superstar Roy Ayers and many others.

A few years later (2004) they reinvented themselves as Brother2Brother and immediately saw their debut CD “Forever” (Carzino Entertainment) enjoy great results. With a lot of their songs gaining popularity on outlets like CD Baby, iTunes, Amazon Prime, YouTube, and mom and pop stores, the Carters are building on that success while booking their calendars and getting the music out. Their plan is to broaden their fan base and “introduce a style of contemporary jazz to ages 30 – 60,” according to Chaz.

Right now, the Carters are looking forward to releasing their as-yet-unnamed new album. It will include a few covers and a special song for their social media platform called “Bumping to the Groove” which will be released with a video.  It’s jazz and R&B and funk, combined.

When did you make the decision to team up and form a group together?

We were born to do this, it’s in our soul.

We were always around music from family members like our grandfather, the late Ernest Williams (guitar) and our dad was an entertainer.

How will you convert your hometown of Pittsburgh into “the city of brotherly jazz”?

We’re bringing a new style of contemporary jazz and R&B. It gives us a change of flavor in the P’burgh market.

Back in the early ’60s Pittsburgh was known for jazz with venues like The Hurricane and the Crawford Grill, and great musicians like George Benson, Billy Eckstine, Erroll Garner and Billy Strayhorn. There is the Billy Strayhorn Theatre and the August Wilson Center.

What instruments do each of you play?

Winston plays lead guitar, keyboards, and drums.  Chaz plays the drums and trombone. Both of us compose, write lyrics and arrange. We do 2 shows in one.

Who are the other musicians in your band?

Describe the difference between R&B and smooth jazz, and why does your music straddle both styles?

Most R&B songs became smooth jazz instrumentals.  Our style combines them both.

We like a blend of contemporary jazz and R&B, it gives us the balance we’re looking for. We create our own flow pattern.

Where have you appeared?

Our past performances have been in Cleveland, Philadelphia, Chicago, Columbus, and Cincinnati just to name a few.  We’ve been on National Smooth Jazz TV with host Carmen Smith, on local radio, and on regional Comcast Cable network. We did the West Coast Jazz Fest, played with George Dukes, Al Jarreau, Angela Bofill, Marion Meadows, Herman Jackson and others.

Which musicians who came before inspire you?

What gives you your unique sound?

Having the ability to take R&B, jazz, funk and soul and combine the music to please our jazz contemporary and R&B audiences.

What is the most common thing your fans say about your music?

Our fans say we’re very versatile and smooth and that we provide a great variety of music.

We get write-ups that say we have an electrifying energy. They love our concert styles and our performanceship.

OK, so how do you feel when you perform?

We bring it. We are totally exhausted.

We get almost possessed; out of body. We go to another level, from funk and fusion back into a smooth jazz feel and by that time the audience is lifted and pumped, and we vibe off the audience.

Currently we’re setting up our 2017 promotional tour. We’ll start off in North Carolina and South Carolina, then Florida. We’re not holding back the train!

Where would you like to perform in the future?

On stage at the Grammy’s!

We feel we have great songs and we have a chance to compete for a Grammy.

Where do you go (in your head) when you play?

I go into combat, like drill sergeant time.  We go to war.  I become Charles, Chuckie, Chaz Carter, all personalities.  We become ’sessed with our music.

Photo credit: Supplied by the artists