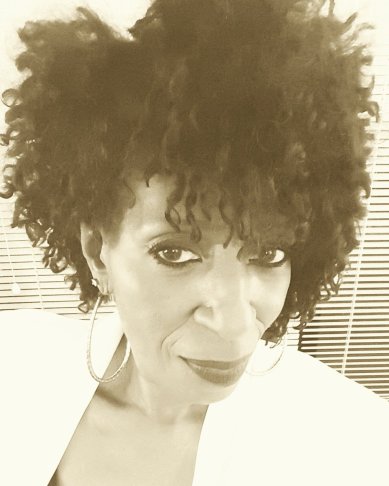 Aziza Miller was a teacher in the New York City school system, and, because music has always been a huge part of her life, infused jazz into her classroom lessons whenever it was possible. She asked her students if they knew of any jazz musicians and found their realm of experience allowed for responses like Stevie Wonder or James Brown.

“I realize how blessed I was to be exposed not only to jazz but every kind of music,” recalls the pianist and singer. “The students didn’t get that exposure. I pondered over how I could pull them in so they would be interested.” She found her answer in rap, knowing the genre would get them to listen.

She wanted to give her students an understanding of the pillars of jazz, and that became the inspiration for “J to the A [and Double the ZZ]” – a song that highlights a wide range of jazz artists and the songs they’re known for.

Aziza, like many others trying to break into the industry, kept her day job while performing in clubs at night when she could get gigs. One evening, she finished her set and a gentlemen in the audience by the name of Jimmy introduced himself. He was also a piano player. “He told me ‘I liked the way you play. Let me have your number because sometimes when I get gigs I can’t take, I’ll give them to you.’”

She didn’t expect to hear from him, but two weeks later he called. “He told me that there’s this new singer out who is Nat King Cole’s daughter and she’s looking for a piano player.” Jimmy said he was tired of traveling and didn’t want to do the gig, would she mind taking it?

Aziza took the offer and Natalie Cole hired her on the spot. Since then, Aziza’s career has taken off. She met jazz pianist Ahmad Jamal when she was working on Natalie’s song La Costa, and found out he loved the song so much that he recorded it himself instrumentally. “Then a couple of years later he wanted to know if I would consider writing lyrics to four of his compositions. My mind was totally blown away.”

Even though she retired from the public schools in 1997, Aziza has continued teaching for organizations like the 92nd Street Y and the New York Foundation for the Arts, playing at church, and giving private lessons.

Aziza Miller appeared at The Iridium in NYC on March, 2017. As it was Women’s History Month, her performance featured three ladies of jazz “who really touched me” she said, referring to Roberta Flack, Nina Simone and Tania Maria. Aziza also performed at the Greater Hartford Festival of Jazz in July 2017.

How did you approach jazz when you taught middle school and high school?

I introduced it to my students during Black History and Women’s History Month. We would discuss, describe and define what jazz sounded like, where it began in America and who were some of the major contributors to this music. I wrote vocal jazz arrangements for my choirs of students to sing. They were so good at it that we caught the attention of Pope John Paul at the Vatican in Rome and multi Grammy award-winning composer Marvin Hamlisch who collaborated with me on a song he composed. He played piano and insisted that I conduct it at a concert with my students who sang at Madison Square Garden for the slain Israeli Prime Minister Yitzhak Rabin.

How did you get started with music?

I had piano lessons at the age of 8, and I loved the instrument.

When did you start writing music?

In 1977 I started composing music seriously. I was inspired by conversations, my travels and personal experiences.

Your sound is funk, jazz, Latin, smoothness and groove. A favorite sub-genre?

I grew up on it all and I love those genres. I’m the summation of what I’ve digested.

Barriers and obstacles, if any, in the recording industry?

I really try not to let some people’s misconceptions of me define, undermine or confine me. I got my first big break in this music biz from the superstar Natalie Cole. She hired me in 1975 to be her first female music director/pianist and conductor. There weren’t many women doing that back then. I learned from her how to be powerful and confident in what I do.

My master’s degree in music education and a bachelor’s in theory has helped also. I can read, write, compose, transpose, sight sing and arrange music in many styles. My jazz teachers and mentors were pianist Kenny Barron and Horace Silver. The bassist and my friend Paul West gave me the tools I needed early on. I’m blessed.

Self Love Kiss (SLK) has a fantastic sound. What inspired that?

Self Love Kiss was inspired by my life experiences and is about self-esteem issues. Learning to love yourself is the path to healing.

Did you study the classical masters, and how did that inform your jazz sensibility?