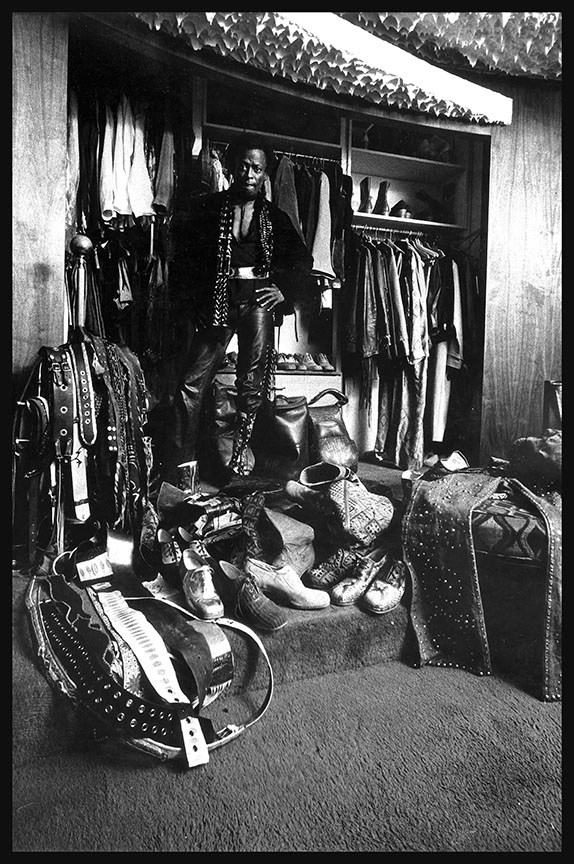 The Images and Career of Jazz Photographer Anthony Barboza

The young Anthony Barboza couldn’t wait to get out of the Navy so he could start using his camera and record the world around him in what would become an astoundingly unique style.

Besides an impressive body of commercial work that he has built through several decades, what Anthony Barboza is really known for is capturing the moments where creativity is truly churning. That happens no more demonstrably than in the jazz world.

How did you get your start?

When I got out of high school, my aunt knew this photographer from New York, so I went into this group called Kamoinge in 1963 with (photographer) Roy DeCarava. Everybody would show their photos and we’d critique them. That was the most important part of my learning because I didn’t go to college.

You look at some of Roy’s photos. He would shoot three girls walking in the wind. It’s about a struggle with life. There’s more than one meaning when you look at a photograph. It tells more about the person who took it than about the image.

When did you break into commercial work?

From 1963 to 1965 I tried to get a job as a photographer’s assistant but if you have no experience you can’t get a job. So I decided to start my own little studio. I went into commercial work to pay the bills. I do fashion, advertising, and magazine work, so as long as I’m doing photos eight hours a day I can also work on my own projects.

I never asked an assistant who worked for me if they had experience. I taught them myself. If you take the time to teach, then you have better assistants.

Why did you gravitate towards jazz artists?

The first project when I had free time was doing portraits of artists, musicians, actors and so on. I won a National Endowment for the Arts grant in 1980 for that series. I took the money and published this little book, and called it “Black Borders.” I dedicated it to everyone I met and learned from.

From the 80s to the 90s I took jazz photos in clubs. I met musicians in the studio, and started hanging out with them at night. I realized musicians are very competitive with each other, but I had a certain personality that I could blend with that. I enjoyed being around musicians, they’re very loose. I was good friends with Miles Davis for 20 years.

I love photographing painters too.

How did you choose this career?

It’s called the Clue. If you pay attention throughout your life, you’re given clues to what you’re going to do. You just have to open your mind.

Who would you most like to work with that you haven’t yet?

I would have loved to meet Obama, to have a conversation with him and photographed him.

What’s the reaction to your current project “Black Dreams/White Sheets”?

The book is laid out. I hope it will be out next year (2018). There will be a lot of controversy over the images. It’s different from anything that’s been done.

I won’t explain it to people. They have to discover the underlying meanings for themselves. Ishmael Reed (poet/playwright) is doing the intro.

You’re well-traveled. How did that inform your craft?

In Bali there are a lot of artists, it’s how they make a living. I’ve been there twice.

I loved Brazil, Italy, Paris and Senegal. So I would go take a vacation and photograph. Some of the best jobs I ever had, because you could do anything, was the “A Day in the Life” books. I did a day in the life of Israel, Hollywood and Africa. I liked those jobs.

What method do you use to make an emotional connection with your subjects?

There’s no set formula. When you meet somebody, you draw from that person a certain feeling. I play it by the feelings I get.

Each person in “Black Borders” has a different lighting and a different background. It talks about their personality.

Photography is a lot more complicated than most people realize. Some people impose their own personality on the subject. That’s a bad habit. You’ll see a series of photographs by a photographer and you notice they look the same in a certain sense. That means he’s a novice.

Your photos have a very ethereal feeling. How did that style develop?

I did a lot of different lighting for jobs so I got a lot of skills. Everything I photograph has three or more underlying meanings that are not always recognized with a quick glance.

Jazz photos were all still life. When I’m photographing jazz, it’s constant movement, it’s notes, it’s evolving. I started doing it as blurred motion like when I’m in the clubs. It’s a different approach from other photographers. That’s one of the trademarks of my jazz photographs.

I taught one semester of photography at NYU. I don’t try to push what I want you all to do, I’m trying to inspire you to do what you’re feeling. I was there to inspire them and they all improved. That’s all it’s about.

You have to do what you feel. If you don’t, it will bug you for all time.

Life is exciting when you are creating. If you don’t create, you don’t live.

Shown above at top: Miles Home/1971 (c) Anthony Barboza, and portrait of the artist himself