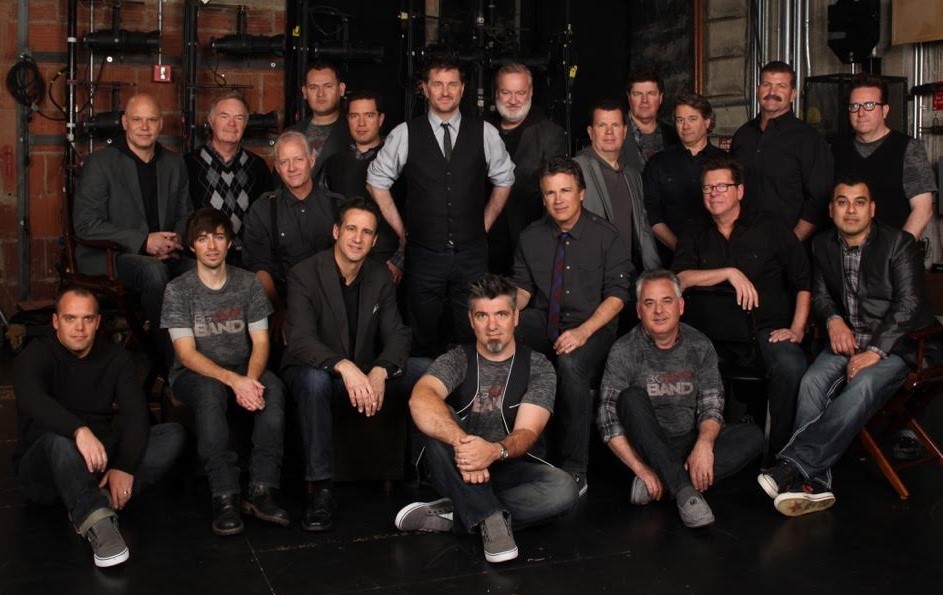 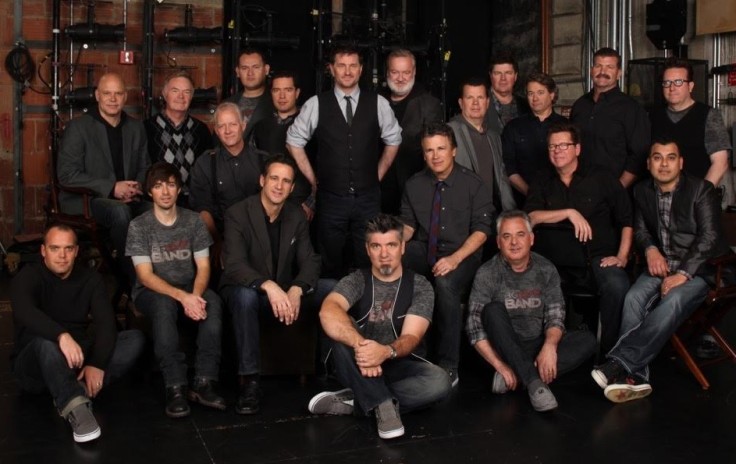 There are no fewer than 20 top-notch musicians in Gordon Goodwin’s Big Phat Band. Founded in 1999, Goodwin’s idea was to assemble a band to record an album “and nothing more.” It wasn’t his intention to get gigs for the band but that’s what happened; first, on the request of his alma mater, and then the world became his oyster.

The Big Phat Band is a four-time Grammy Award winner and has been nominated for another award this year, for Gordon’s arrangement of “Take 6.”

Do you write all your own arrangements?

I arrange every note that the band plays, and probably 80% of our material are my original compositions. While I’m a good keyboard and saxophone player, what I really bring to the table is my writing acumen.

How do you handle solos and improv?

Each of our songs may contain two to three different soloists. I work hard to make sure each soloist is well–matched to the song they’re playing. We probably have a little less improvisation than some big bands, because we believe in the value of ensemble playing and in letting the arrangements evolve compositionally.

Our musicians are quite intuitive and listen to each other carefully so the music can go in any number of directions from night to night.

How much fun is that?

Improvisation, when it’s really working and everybody is listening to each other and reacting in a positive manner, can be the most exhilarating feeling in music! You have to be willing to risk the chance that things may go horribly wrong, and sometimes they do, but often they go incredibly right and some real beautiful moments are created.

The key is to listen, let go of your ego and insecurities, and support the other musicians.

The Big Phat Band has a very recognizable wall of sound. Did this come naturally or was it something you had to work on?

The music I write has a certain energy to it, and the musicians in the band play it with real commitment. The horn players move a lot of air when they play, which results in a vibrant and compelling sound. They also phrase together as one, so that the overall sound has a visceral impact.

We try to balance out our presentation with more soft and nuanced moments. But the interesting thing is, even when the band is playing softly, it is still playing with intent and commitment. The energy is still present even at a low volume.

What drove the decision to build a big band rather than a smaller group like a quartet?

I have loved big bands since I was in seventh grade and first heard the Count Basie Orchestra. I love the wide range of colors and dynamics in a large ensemble. Not just big bands either – I love writing for full orchestra.

In 2015 I composed a trumpet concerto and a soprano sax concerto, and the Big Phat Band has done a number of gigs with full symphony orchestra, so I have adapted a lot of our charts for that format.

I also love the freedom and flexibility that a small group gives you, so last year we released the first recording of a new band called Gordon Goodwin’s Little Phat Band, which has eight musicians. Our record is called “An Elusive Man” and we’ve starting touring with that band as well as its larger cousin.

How often do you rehearse together?

We don’t rehearse much, maybe twice per year. The musicians can sight-read the music perfectly each time, which really helps us get things up and running quickly.

Playing the charts on the gig is where we really work things out and find the core of each song. I hold an advisory chair for the Los Angeles College of Music and we have been rehearsing there for the past year. It’s a nice facility. We let the students hang out and watch the rehearsals, which is fun.

Is there room for Kenny G?

Of course. I don’t spend much time judging other people for the music they play. If someone is representing their music in an honest way, who am I to tell them what to do?

True or false: Jazz appeals to a wide range of age groups.

We see a wide range of ages at our concerts. There are people of a certain age who actually saw Benny Goodman or Count Basie back in the 40s and then there are middle school and high school kids who are playing our music in their school jazz bands. Three generations of people, all appreciating big band jazz.

Name another genre that has that kind of demographic range!

Are people scared of jazz?

There is no doubt that jazz can take a discerning ear to understand.

There is a clear connection of intellect and mental flexibility with the ability to enjoy and appreciate music of content, like jazz and classical music.

The enjoyment of jazz requires a degree of emotional and intellectual maturity, to be sure, but that doesn’t mean it can’t groove and be fun to listen to at the same time!

The key is being exposed to this music at an age, prior to being sucked into the pop culture machine. As arts programs are cut from schools, we’re losing the ability to comprehend and value art of any depth. This will take generations to correct.

There is still a vast number of jazz fans across the world. This music has survived for nearly 100 years despite a hostile cultural and economic climate, and that’s noteworthy.